Girls have all the duties; boys all the rights

Girls have all the duties; boys all the rights 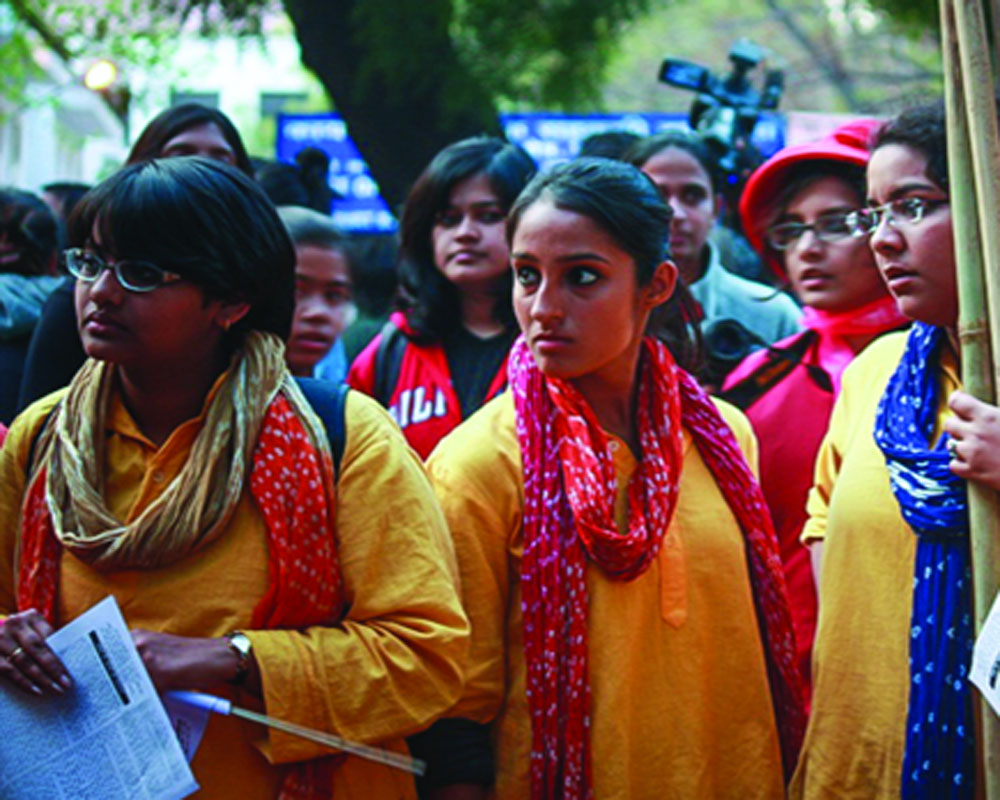 Upbringing of girls is regarded an expensive affair

We are stopped from expressing ourselves. We have to muster up courage to put our opinions forth but no one cares. No one values our voices—neither our families nor the society,” said Pooja, a teenager from Kapkot village in Kapkot block of Bageshwar district in Uttarakhand. “They say girls are not supposed to laugh or talk too much.” Eighteen-year-old Kumari Kiran, another young girl from Jakhera village in Garur block of Bageshwar, loves spending time with her friends. “I love eating noodles, but my parents do not allow me to visit the market to eat because there are too many boys and men,” Kiran said with a timid smile. Clearly, public spaces in remote areas are dominated by male members of society. Unicef highlights how girls and boys experience adolescence differently in India. While boys have greater freedom, girls’ movements and decisions are restricted, affecting their lives. The difference is even more visible in several remote, rural areas of the country. The previously mentioned Kapkot and Garur blocks are among such areas. Girls and women are also firmly subjected to social and cultural norms and are supposed to guard their family’s ‘honour.’ Burdened with maintaining the social reputation of their families, they inevitably get deprived of their rights to lead a meaningful life. While girls and women in cities are at least aware of their rights and have agencies to some extent, their rural counterparts are unfamiliar and uninformed of their existence. This makes it easier for rural girls to get exploited and be controlled. Boys are considered the real assets of the family, but the upbringing of girls is considered an expensive affair. Hence, families often find different ways to do away with the expenses of their girl child. For instance, money received from various State and Central schemes to promote girls’ education is often used to spend on weddings rather than on education. In 2017, the Gaura Devi Kanya Dhan Yojana was launched by the Uttarakhand government for girls belonging to the weaker sections of the state. Financial assistance of Rs 50,000 is provided to the girls after completion of class 12, primarily for further studies and to simultaneously save some amount for their wedding.

Unfortunately, the parents have grown more interested in using the scholarship for the latter purpose, said Sita Papola, 18, from Jhopara village in Kapkot block. Families do not invest or motivate their girls to complete education, as they believe completing education is of no use since they have to end up doing household chores and look after their husband’s family. With this notion, girls are not motivated to attain any economic independence. A report published by National Commission for Protection of Child Rights states that adolescent girls are disadvantaged given their low enrolment rate in educational institutions. The report said, “Adolescent girls are among the most economically vulnerable groups who typically lack access to financial capital and have more limited opportunities to gain education, knowledge, and skills that can lead to economic advancement.” Whether it is their right to speech, access to public spaces, education or economic advancement, girls are often deprived of exercising these entitlements, especially in rural areas. They often lack social support from their families, as the prevailing social norms in the community create barriers to their personal advancement. Equal rights in all spheres for both boys and girls help in fulfilling their potentials. Yet, what chances girls in rural areas have in accessing and acquiring these rights is imperative to reflect upon.

(The writer is a student of class 11 from Kapkot, Bageshwar. The views expressed are personal.)