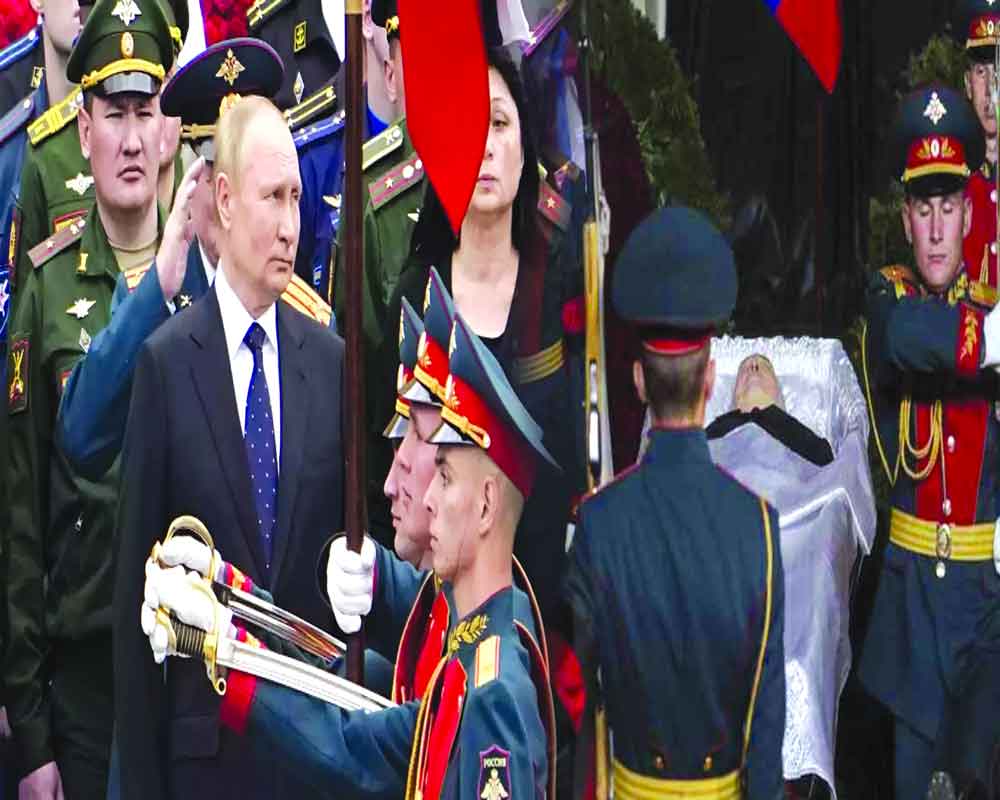 It is not easy to judge a person like Gorbachev who oversaw the crumbling of the Soviet empire. Yet one can give him credit for making it all possible

In the early ’80s, I was privy to the unmitigated Cold War sensibilities, serving in a Soviet-allied African nation of Ethiopia, under the ironhanded Communist dictator, Colonel Mengistu. Internal repression, press censorship, propaganda, and militaristic posturing were the norm with the swarm of Soviet and Cuban ‘advisors’ who ruled the roost. This template of façade barely hid the suppressions, insurgent wars within, famines, and genocidal tendencies – which could barely sustain itself for a few months, once the Soviet Union itself started imploding in the late 80s and early 90s. The man behind the tectonic shift of geopolitical sands at that time, a one-time apparatchik who was swooped from the forbidding Soviet hinterland, Mikhail Gorbachev.

The last leader of the Soviet Union had tentatively posited two words that were to undo his political fate and that of the mighty Soviet Union, as it existed till then i.e., Glasnost (Openness) and Perestroika (Restructuring). The controversial Nobel Awardee for Peace for ending the Cold War is equally reviled for the dismantling of the Soviet Union. Revanchist Vladimir Putin blames Gorbachev unreservedly for presiding over the ‘the greatest geopolitical tragedy of the 20th Century’. Little wonder then, that as the 91-year-old former President Mikhail Gorbachev passed away, Putin denied him the pomp, fanfare, and courtesy of a full-fledged ‘State funeral’, even by the standards afforded on the funeral to Gorbachev’s successor and Putin’s predecessor, Boris Yeltsin.

The metaphor of ‘Pizza Hut’ as used in the commercial suggesting a change in the atmospherics within the Kremlin then, has ironically come back to haunt the current Russian situation with Pizza Hut suspending operations of its outlets, in response to the revisionist invasion of Ukraine, in 2022. That Gorbachev himself was of mixed Russian and Ukrainian heritage, as only added to the irony as the Russian bloodlust in Ukraine continues unabated – much like the vicelike grip Soviet Union had on many

of its ‘bloc’ allies and the nations of Central Asia and Eastern Europe.

Gorbachev’s discomfort with the steely Stalinist/Soviet approach notwithstanding, his outlook and equation towards India and it’s then PM, Rajiv Gandhi, has been quoted to be ‘most trusting’. Despite withdrawing from Afghanistan under his watch, the Soviet Union under Gorbachev had extended cutting-edge weaponry to India like T-72 tanks, Mig-23/Mig-29 fighter planes, leasing nuclear submarines et al, even before giving the same to many of its Warsaw Pact allies.

If anything, it was the Americans who had blatantly pressurized the beleaguered Gorbachev from extending the nuclear submarine lease in 1991. The restructuring of the Soviet outlook under Gorbachev did not impact India’s place of utmost priority and trust, under Gorbachev’s new Third World Policy framework. Gorbachev had repeatedly confirmed that the Soviet Union would not sit idle if there were to be a threat to ‘India’s unity and integrity and had added, ‘we shall not take a single step in our policy that could damage India’s real interest’ – such reassuring explicitness was far more committing, as even compared to that of the Russian leadership, today. However, understandably the memories of Gorbachev have been forgotten in time, contextualised with other prisms, and even disowned by India’s Left, who were understandably miffed by Gorbachev’s evolution from a pure communist towards a more inclusive, social democrat. Russia under Vladimir Putin is a throwback to the sort of impulses and governance preferences that Gorbachev had tried to reform, unsuccessfully. However, in an oversimplified narrative of black-and- white binaries, Gorbachev is remembered as a ‘liberal’ – the truth is more complicated, for he had also sent troops to quell uprisings in Latvia, Lithuania, Georgia and Azerbaijan. He remained conflicted on the ensuing Ukrainian crisis, without taking a hard stance against Putin. He supported the Crimean annexation. But Putin remained almost unforgiving about Gorbachev’s legacy, as for him, it seems almost personal.

Gorbachev died a lonely, forgotten, and even despised man and Putin ensured him no moment of reprieve and dignity. Putin has re-embraced the Soviet cult of fear, control, Romanov, and imperialism that puts him more in the mold of Stalin or Peter the Great. Unlike Gorbachev, Putin has no issues of conscience.