Governors and CMs must end their public spat

Governors and CMs must end their public spat 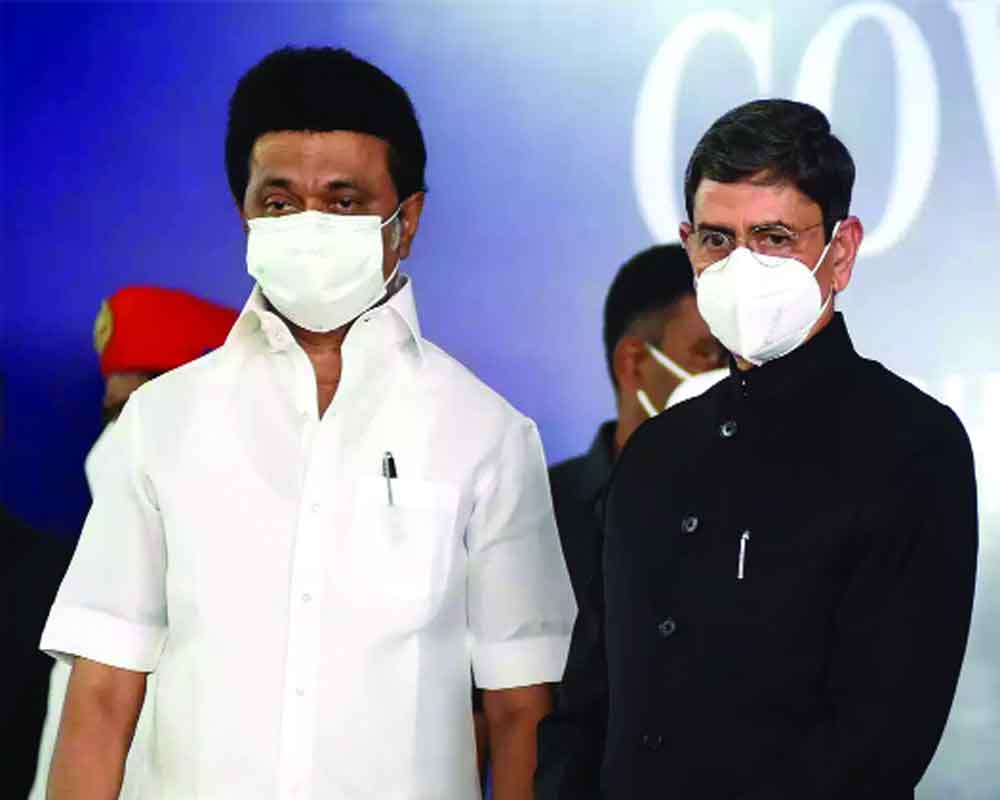 Once again, the role of the Governors has come to the fore after the Tamil Nadu state Assembly last week passed two bills clipping the powers of the Governor in the appointment of vice-chancellors. The harmony between the chief ministers and governors of non-BJP ruled states has been disturbed for some time now, raising questions about governors’ relevance and role in a democracy.

The bitterness has been usually about the invitation of the single largest party to form the Government, fixing deadlines for proving the majority in the House, delaying or stopping the bills, and public criticism of the chief ministers, and so on. Tamil Nadu chief minister late J. Jayalalithaa was not on talking terms with the then Tamil Nadu Governor, Dr. M. Chenna Reddy.

The Stalin-led DMK Government is closely following the developments in West Bengal and Kerala (where, again, the role of the governors has come under question). It is also mobilising national attention towards the debate on the role and relevance of the office of Governor in state politics. It would like to discuss the issue in the forthcoming non-BJP chief ministers’ conclave in Mumbai.

Speaking in Assembly, Chief Minister M K Stalin recalled that the Punchhi Commission on Centre-State relations dealt with V.C. appointments. He noted that the Commission said “there would be a clash of functions and powers” if the choice were authority to choose the top academician was to choose wrested with the Governor.”

Stalin and Governor R N Ravi have an increasing confrontation. Earlier, while appealing for the House’s support for the government’s initiative, Stalin said Gujarat was the first State to clip its Governor’s wings in 2011. Other states like Telangana, Karnataka, and Andhra Pradesh had also cut the powers of the governors. Last year in December, the Maharashtra government had also initiated a similar move. Rajasthan has undertaken a similar process by forming a high-level committee of experts.

There is friction between governors and chief ministers in West Bengal,  Telangana, Maharashtra, Kerala and even Delhi.

The Pinarayi Vijayan government in Kerala has demanded that the Centre empower state legislatures to remove Governors from their posts if they fail to uphold constitutional values and thwart criminal prosecution measures.

But this kind of conflict is not new. The role of Governors in toppling one government and installing another is not new either:  There have been some bizarre incidents. The first was in 1959 when the Nehru Government at the Centre dismissed the Namboodripad government coming under pressure from Indira Gandhi.  Since then, there have been other instances of the Centre dismissing various governments using the Governors. In 1967, West Bengal Governor Dharma Vira dismissed the Ajoy Mukherjee government and installed a Congress-supported the P C Ghosh government. Ramlal dismissing N.T.Rama Rao’s government in the united Andhra Pradesh was a classic case of how politics played.  In 1989, P Venkatasubbaiah’s dismissal of S. R Bommai’s government triggered a legal battle,  and the 1994 verdict of the Supreme Court is a landmark ruling.

In April 1994, Governor Bhanu Pratap Singh summarily dismissed D’Souza without consulting the Centre and went on to install the controversial former chief minister, Ravi Naik, in his place.

As for the role of governors, the Constituent Assembly was sharply divided. Ambedkar described one role that he had to retain the Ministry in office. “The second duty which the Governor has, and must have, is to advise the Ministry, warn the Ministry, suggest an alternative, and ask for a reconsideration.” The most considerable discomfort of the state governments is that a Governor is not elected but an ‘integral’ part of the State.

Both President of India and Governors are not answerable to the courts for any commission or omissions while discharging their official duties. They are also not responsible to the people’s court. Suppose they choose an unfit person as varsity head; they can’t even be held accountable. Elected chief ministers demand that a uniform policy be adopted to do away with the power of governors to appoint vice-chancellors.

Sarkaria Commission had recommended consultation with chief ministers of the respective states.  It is not done more often.

In any case, public criticism of each other holding top positions in the states is not desirable. The same goes for non-BJP chief ministers criticising Prime Minister who is democratically elected. It is time that there should be a stop to this kind of public spat.