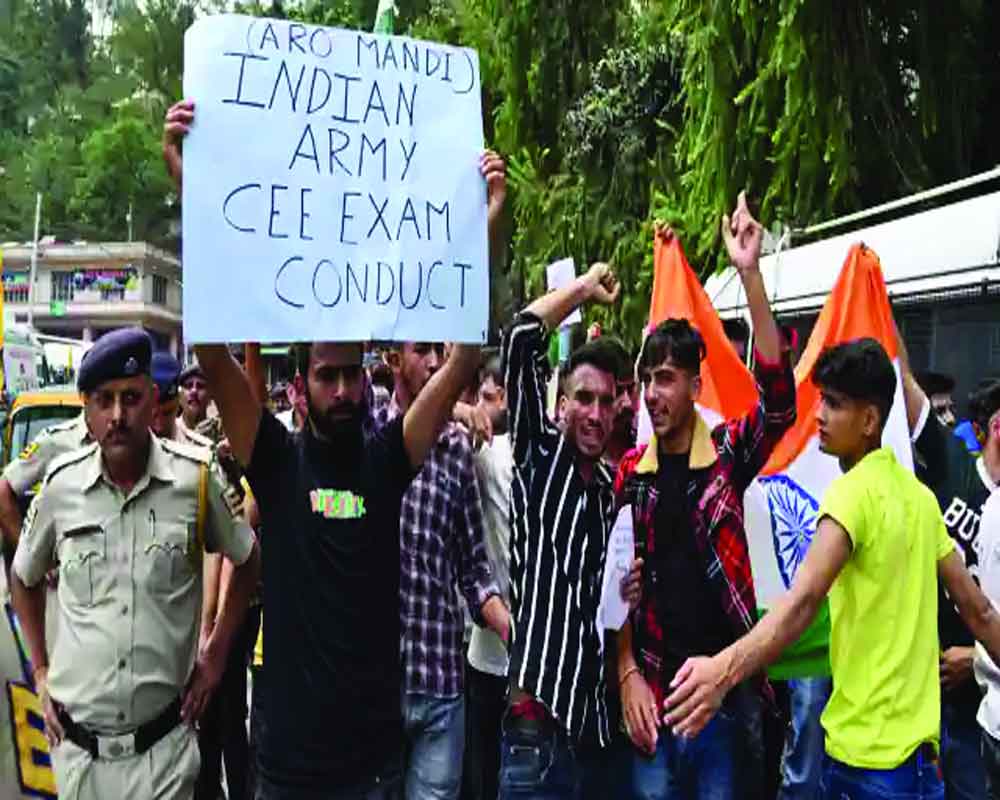 The Government’s Agnipath scheme for the Indian military is well-intentioned. It is aimed at cutting down the salary and pension bills. For the current fiscal, of the total defence budget of Rs 525,166 crore, as much as Rs 119,696 crore is earmarked for pensions of the three services. The overall revenue expenditure is Rs 233,000 crore, leaving less than Rs 2 lakh crore for capital expenditure. Since the public exchequer is already strained because of the devastation caused by COVID-19 and the accompanying lockdowns, it is extremely difficult for the Government to allocate more resources for capital expenditure. This is not a very satisfactory situation, given the persistent hostility of Pakistan and the increasing belligerence of China. Against this backdrop, the move to slash revenue expenditure was good, but the same cannot be said about the manner in which the scheme was chalked out and announced. Evidently, there were inadequate consultations with various stakeholders; not many retired servicemen were taken into confidence. Even Union Minister and former Army chief, Gen VK Singh (Retd), was reportedly not consulted for the scheme; this is inexplicable. There are regions and communities which send a large number of jawans to the three services. For two years, no recruitments were made, resulting in resentment among those aspiring to become soldiers, sailors and airmen. They were eagerly waiting for the recommencement of recruitment but what they got was Agnipath, a watered down version of a military regular job — just four years of service.

The Government called the new scheme “transformative” but the aspirants in Bihar, Rajasthan and Haryana saw that as a cruel joke. They disrupted the movement of trains and road traffic in several locations in Bihar; there were reports of train burning as well. There are also protests in Haryana. The situation got very bad in Palwal where Section 144 has been imposed and mobile internet services, SMS services etc have been suspended. In response to the first protests, the Government tweaked the Agnipath scheme, increasing the minimum age for recruitment. It also promised that after their short, four-year stint in the Army, Navy or Air Force, Agniveers would get priority in recruitment to the Central Armed Police Forces and Assam Rifles (Assam Rifles, though a paramilitary force, is officered by the Army). But all this seems to be too little and too late. At the heart of the widespread protests is the issue of unemployment: There are very few jobs in the market. Therefore, youngsters are keen to get hold of any Government job; it offers security of tenure and in the case of lower ranks, much higher salaries. But the primary purpose of the military is to protect the nation, not create job opportunities. And one of the primary purposes of Government is to ensure the material wellbeing of citizens. It is the Central Government’s inadequacy on this front that is the root cause of the stir against the Agnipath scheme.