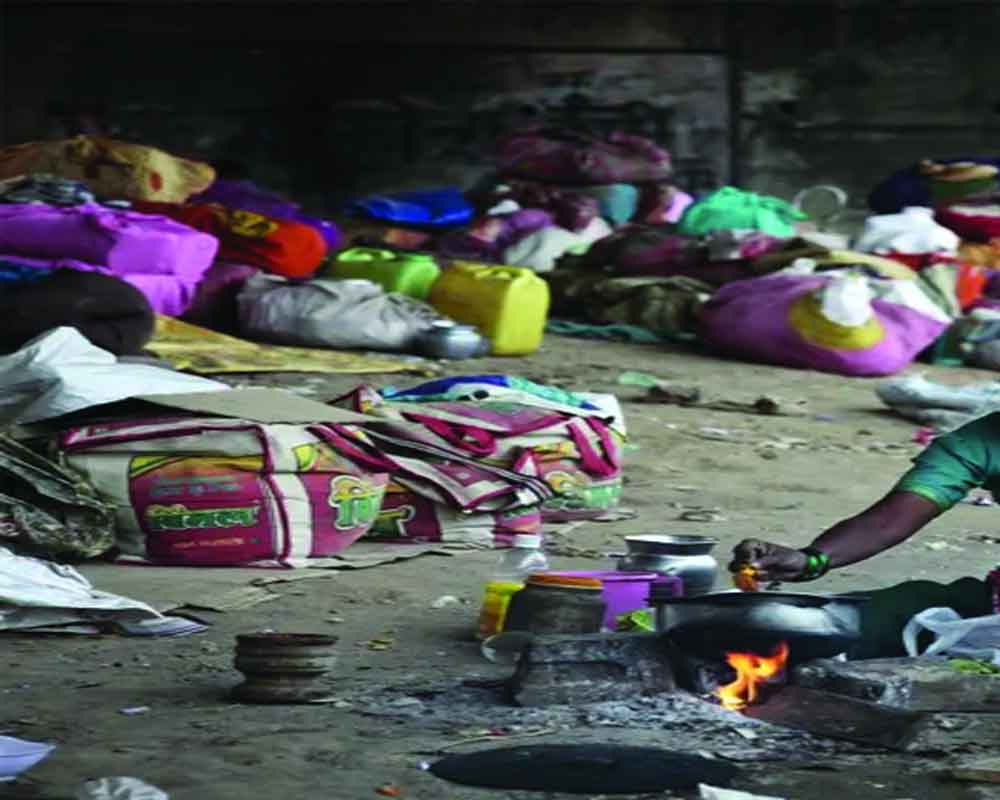 The argument of noted economist Surjit Bhalla that food subsidy has wiped out extreme poverty in India is highly erroneous. Bhalla, who arrived at this conclusion in a recent study done for the International Monetary Fund with two other economists, wants to make us believe that if only the stomachs of the poor are filled, poverty should be deemed to have been wiped out.

Bhalla and his team arrived at the conclusion on the basis of the subsidized and free rations supplied by the Government to the people below the poverty line through the public distribution system during the months of the Covid spread. Those were months when the country was under lockdown, workplaces were shut, and the workers were forced to sit at home without any income. The free rations, given in addition to the subsidized rations, were intended to provide enough food to the poor homes. It was a temporary measure to save the poor from starvation-an extraordinary government response to an extraordinary situation-and not a lasting solution to poverty. Even the Modi Government says it was done, so that “no Indian should sleep hungry.”

The lasting solution to poverty is not free rations but employment with decent income. The poor need money to meet both the food and non-food demands of their families. Filling their stomachs is not enough. When the Government gave them adequate rations to cope with their needs for basic cereals wheat and rice during the Covid times, the poor still needed money to buy other food items such as cooking oil and fuel and medicines and clothes and to meet other needs. There were allegations that the poor sold some of the free rations to local grocers to get some cash. But that cash was too inadequate to meet their needs.

Poverty cannot be wiped out unless the Government creates adequate job opportunities for the poor. What do we see instead? Even the Mahatma Gandhi National Rural Employment Guarantee Act (MNREGA) creates off-season employment to the labourers, presuming that they need to earn wages to survive during the months when there are no agricultural activities. This programme, which has been running through the UPA and NDA regimes, only aims to help the rural labourers survive. It is not regular employment.

The scope for employment away from agriculture is not increasing. The government is reducing jobs in the public sector. More and more public sector undertakings are being sold to the private sector. The Government’s mantra is, “The Government has no business to be in business.” The government is outsourcing a number of works which were earlier done by its departments, which means contraction in public employment.

The Government’s policy of more and more privatization presumes that it will be the private sector that will provide employment to the job seekers. However, that is turning out to be a fantasy tale. The private sector’s priority is not to employ labour but to free itself from ‘labour hassles’. Its policy is guided by the spectre of trade unions ‘ruining’ the company.

So, while the Government subsidizes and promotes privatization selling the fantasy to the people that it will create jobs for them, the harsh reality is the private sector, while taking all the benefits from the public resources, is devoted to the cause of creating less and less employment. It is using technology in more and more of its space to avoid employing humans. A recent report suggested that more and more Indian factories are rapidly adopting robots, Artificial Intelligence (AI) and the Internet of Things (IoT) to reduce dependence on human resources. The demand for robots among Indian companies has been increasing exponentially. Inputs to machines are now being done through barcodes and finished goods are moved from factory to stores by robots.

The other thing the Indian companies are doing is outsourcing as much of its work as possible, so that ‘labour hassles’ happen in the courtyards of its suppliers, contractors and vendors and not in its courtyard. Where the businesses are forced to employ humans, they do so on terms of contract which gives them all the authority and power to reduce the financial benefits and to fire them whenever they want. The pro-privatization Government is making it easier for them by making laws in the name of ‘labour reforms’ that empower the employers.

With more and more high-technology automation, the type of human resources the manufacturing and trading companies require demands higher skills, such as knowledge of how computers operate and quick adaptability to technological upgradation. These are areas in which job seekers from relatively privileged backgrounds leave those from poorer backgrounds miles behind, because the latter are constrained by deeply-embedded negative social and economic discrimination in making progress in acquiring education and skills.

No wonder, while India has been witnessing high economic growth since the 1990s, growth has not translated into transformation in the lives of the majority of the young men and women from poorer backgrounds. The pattern of economic growth has led to the widening of the chasm between the higher and lower sections of society. While the size of the middle class has grown with the economic growth, it has not included the major part of the population of the poorer strata.

Seen in this light, the Modi Government’s mantra chant of ‘Sabka saath, sabkavikas’ sounds like nothing but an illusion. Although economic growth is happening, Inclusive growth is not taking place.

True inclusive growth cannot happen with distribution of free ration of 5 kg to 80 crore people. It can only happen by attacking the deeply embedded social and economic discrimination that does not allow the young men and women from poorer backgrounds to climb out of the pit of poverty. This discrimination is institutionalized. Unless the barriers at the ground level are removed, the life chances of the poor will not improve and there can be no inclusive growth. The poor look up to the Surjit Bhallas to suggest how it can be done.

(The writer is an independent journalist and author. The views expressed are personal.)