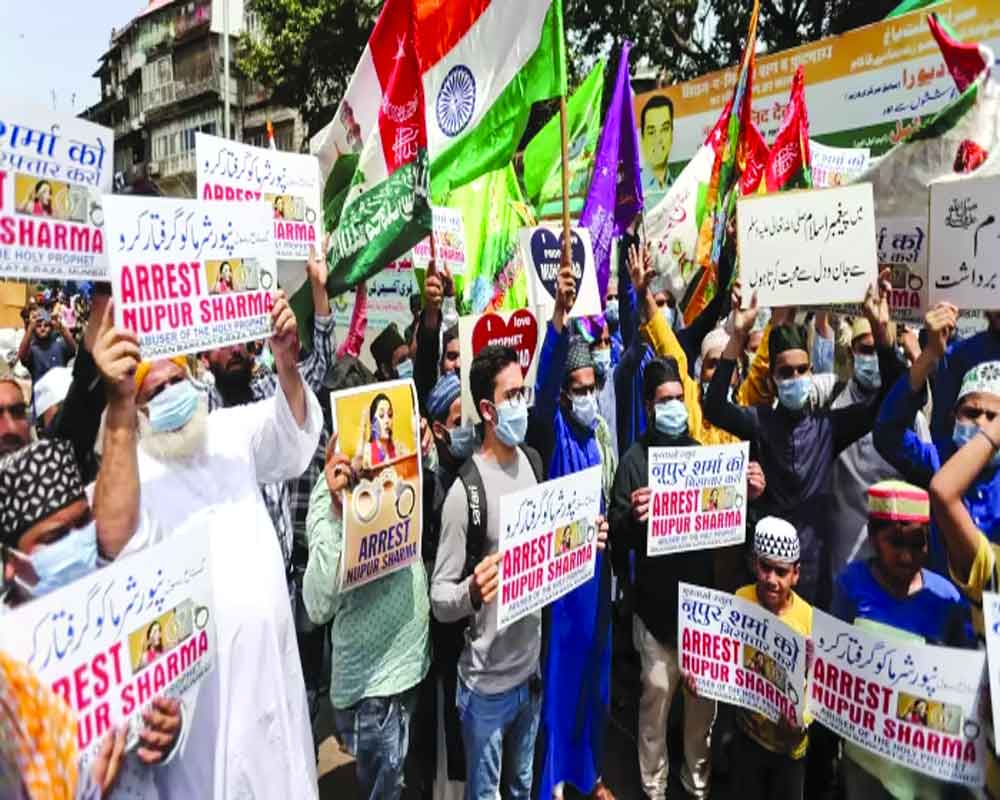 The démarche issued by a host of Islamic nations with regard to the unfortunate Nupur Sharma incident had stirred up a hornet’s nest in India and unleashed a welter of emotions. An ugly cocktail of shame, embarrassment, anger and frustration swirled and vitiated the air. There have been concerns about India’s international image; some have rued over its impact on trade with the Arab world.

A former BJP leader sanctimoniously claimed that India’s “image has now come crashing down”. He further averred that “…(It) caused grievous damage to our image as a liberal, secular democracy…”. But is this really so? Do we need to feel ashamed? And did this controversy erode our credibility as a liberal secular democracy?

We, us Indians, suffer from a deep-set flaw in our psyche; a profound lack of self-esteem and self-confidence that stems from not knowing who we are! So much so that even when two-bit nations with a combined moral quotient of zero pass adverse remarks about us, we go into a tizzy and subject ourselves to an endless bout of self-loathing. Nothing illustrates this phenomenon better than our current response.

First, one person’s aberration, even if the individual belongs to the ruling party, cannot indict an entire nation, its people and its Government. Second, the Government did act to rectify the indecorum by asserting its respect for all religions and by suspending the errant office bearer. Nupur Sharma has since apologised for her remarks.

Next, let us take a closer look at those Muslim countries that are hectoring India on morality. These include Kuwait, Qatar, Iran, Saudi Arabia, United Arab Emirates, Indonesia, Pakistan, Afghanistan, Jordan, Bahrain, Maldives, Malaysia, Oman, Iraq and Libya. The majority of them are autocracies which designate Islam as the official religion; a caveat that automatically relegates all other religions to second-class status.

Countries like Saudi Arabia prohibit the construction of non-Muslim places of worship; in other Gulf countries, non-Muslims have to seek Government permission. These countries do not even afford non-Muslims the basic courtesy of dignity in death. Kuwait and Qatar do not allow cremations forcing non-Muslims to fly dead bodies out of the country to their native places. And let us not forget that Qatar is the country that indirectly endorsed MF Hussain’s blasphemy against Hindu gods by honouring him with a citizenship.

In contrast, despite all the criticism that the Modi Government has been subject to, both at home and abroad, and despite all the talk of Hindu hyper-nationalism, we still remain a liberal democratic country par excellence that treats all its citizens equally. Muslims have the same rights as any Hindu. They have access to the same educational institutions, same job opportunities, the same health facilities and are beneficiaries of the same ration cards. They can build their own mosques and pray unhindered in these. We cannot be shamed by countries whose record on religious freedom is questionable. We need to be confident in our own skin and answerable to ourselves alone as the bearers of an ancient moral civilisation.

Coming to the question of trade, the Gulf Cooperation Council (consisting of Saudi Arabia, Bahrain, Kuwait, Oman, Qatar and the United Arab Emirates) is a major trading partner with exports of $44 billion and imports worth $110 billion (2021-22). About a third of India’s crude oil needs (Saudi Arabia 18 per cent; UAE nine per cent and Kuwait five per cent) are supplied by the Gulf countries. However, since the Russia-Ukraine crisis, the equation is fast changing. Crude oil supplies from Russia have dramatically shot up reaching 3.36 million metric tonnes in May 2022 — a nine-fold monthly increase compared to 2021. India’s dependence on oil from Gulf countries is significant but can be balanced by increasing supplies from Russia.

On the flip side, the Gulf countries are overwhelmingly dependent on India for their food needs. Specifically, India accounts for 84 per cent, 91 per cent and 80 per cent of Qatar’s, Kuwait’s and Iran’s rice requirements. So, vulnerability due to trade disruption extends to both sides.

What is most concerning is that this outrage has emboldened terrorists to threaten India with attacks and encouraged anti-social elements amongst India’s Muslims? It has led to calls for beheading on national television, rioting through the streets and obscene calls for Hindu genocide from mosque tops. The Government of India has done the right thing to defuse the crisis by reiterating its respect for all religions and by suspending the errant office bearers.

The Gulf countries too must step up to the plate. After having vented their disapproval publicly, they must now show maturity if they do not want the narrative to be hijacked by radical fundamentalists. To put an end to the matter, they need to release another statement that welcomes the Indian Government’s actions and acknowledges India as a genuinely secular nation.