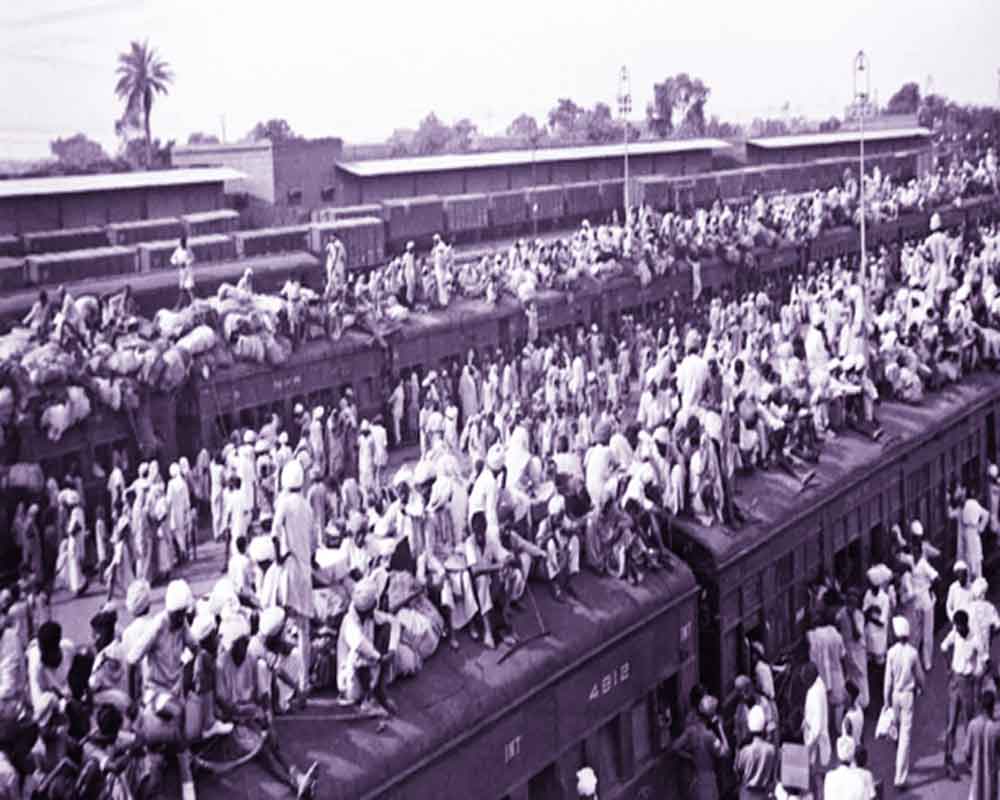 If the Hindus had found a sufficiently eloquent manner of expressing their pain, the Muslims could then have taken the current changes in their stride

A few people know what Sir Arnold Toynbee told his Indian audience when he came to address them to commemorate Maulana Abul Kalam Azad. Toynbee had come at Jawaharlal Nehru’s special invitation in the early 1960s. Arnold Toynbee said: “In the course of the first Russian occupation of Warsaw, the Russians had built an Eastern Cathedral in the city that had been the capital of the once independent Roman Catholic country Poland. The Russians had done this to give the Poles a continuous ocular demonstration that the Russians were now the masters. After the re-establishment of Poland’s independence in 1918, the Poles pulled this cathedral down. I do not blame the Polish Government for having pulled down the Russian church. The purpose for which the Russians had built it had been not religious but political, and the purpose had also been intentionally offensive.”

In the Abrahamic religious tradition, a church or mosque is a prayer hall. It is not unusual for a parish in Europe to sell for money a church; say, for the reason it does not attract an adequate number of worshippers on Sundays. I was present in England when such a sale was made in Leicester and the soldoff place was brought down to be replaced with a temple. In West Asia, including Saudi Arabia, mosques are brought down to straighten or widen highways. By sharp contrast, in the Hindu belief, a temple is the residence of the divine. Therefore, it is very impious to meddle with its structure. Contrast a prayer hall with a residence of God, and one would know how deeply the Hindu sentiment has been hurt for centuries by the demolition of temples by Islamic invaders and conquerors from West and Central Asia; it is almost impossible for an Abrahamic person to imagine the extent of the psychological injury thus caused.

Quite to the contrary, when the communists came to power in Russia in 1917, they went about targeting all places of worship. This is no surprise; communism is the fourth sibling in the Abrahamic family of religions and shares their intolerance towards any other belief system and like its siblings, has no hesitation in turning upon its fellow siblings as well.

However, it must be admitted that it is the Hindus who have largely been at fault in first allowing the emergence of a separate entity within the sovereign state of India after 1947, and thereafter, not putting forth their point of view eloquently and convincingly enough. In fact, over the centuries, they have not reacted sufficiently for the Muslims to know how badly they have hurt Hindu sentiments. In fact, more often than not, they have gathered around their destroyed edifices, wept and beaten their breasts. As a result, when the Babri structure at Ayodhya was brought down by Hindus, they had surprised the Muslims for the first time in centuries. Being the first such incident it could be taken as an exception that proves the rule. Now, with demands being raised for the restoration of Gyanvapi at Varanasi and the Idgah at Mathura, there is amazement, albeit privately, as to what has come over the Hindus.

Of equal consternation, if not greater, are the demands for changes in the names of roads named after medieval Muslim conquerors. While there is much stomach-churning and hand-wringing, accompanied by a flurry of attempts to turn the narratives in favour of the “secular-liberal” lobby, hardly anyone has stopped to think, leave alone acknowledge that the injuries were first inflicted by Mahmud of Ghazni on the famous Somnath Temple and soon followed by his attack on the Keshav Dev Mandir at Mathura. Not long thereafter, were the unholy adventures by Mohammed Ghori when he converted three temples into one mosque at Ajmer and named it “Adhai Din Ka Jhopra”; the aggression was completed in 60 hours and hence the name. Barely a few years earlier, he had devastated Kannauj, then considered the capital of India. Qutbuddin Aibak’s destruction of 27 Jain temples at Delhi’s Meharauli and converting them into a mosque called “Quwwat-ul-Islam” or the “might of Islam” was the next chapter of deliberate humiliation inflicted upon the Hindus.

I suppose the type of sentiments would differ from person to person. Even if we accept this contention, it was all supposedly settled with the partition of the country on the midnight of August 14, 1947, when one-thirds of Hindu were given away to appease the progeny of those medieval conquerors, whose political representatives had declared in unambiguous terms that they could not co-exist with the Hindus. But such a settlement did not materialise and post-independent India allowed “a state within a state” to exist and flourish. When Vladimir Lenin conquered the Russian Empire for communism, most of the churches, synagogues and mosques were converted into municipal offices, departmental stores or places of any other civil purpose. In 1973, I happened to visit the sites of three such conversions. These changes were presumably accepted on the morrow of the Russian Revolution.

Be that as it may, it would have been much better if the Hindus had found a sufficiently eloquent manner of expressing their pain, the Muslims could then have taken the current changes in their stride.