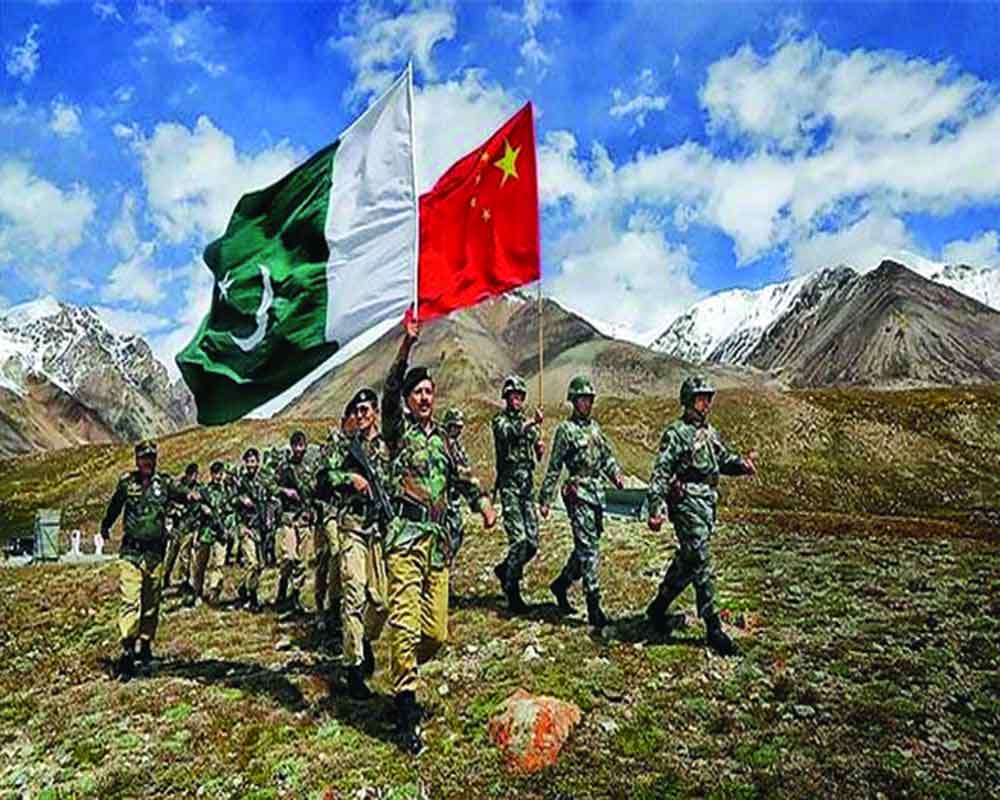 As the global “nursery” and fount for sanctified religio-extremism, Pakistan has paid an incalculable price towards what former US Secretary of State Hillary Clinton had forewarned: “Snakes in your backyard won’t bite only neighbours.” Couple of years back then Pakistan Prime Minister Imran Khan had admitted to some “30,000 to 40,000” militants on Pakistani soil! Much like its trained and armed proxies sent across the Line of Control (LoC), a UN report from 2020 stated that conversely there were 6,000 Pakistani fighters across the Durand Line (mostly affiliated to Pakistan-facing, Tehrik-e-Taliban, or Pakistani Taliban). But the terror footprint across Pakistan is not just in the Federally Administered Tribal Areas, Khyber Pakhtunkhwa and Punjab province, but also looming large across the swathes of the biggest province i.e., Balochistan. Latest report by the Pakistan Institute for Conflict and Security Studies reports a shocking 24 per cent increase in the number of militant attacks in April, as compared to March 2022. Unconvincingly, the official narrative in Pakistan attributes the “Indian hand” in supporting terror groups like Pakistan Taliban, ISIS-Khorasan faction!

Beyond the inevitable slide towards portents of a failed-state in terms of its unwillingness to correct the underlying roots of extremism (hence, the perennial sword of getting “blacklisted” by the global watchdog agency i.e., FATF, for supporting terror), terrorism has taken a dramatic turn with the first recorded female suicide bomber attack in Pakistan, through one Shari Baloch of the Balochistan Liberation Army. Shockwaves in terms of the target and what it signifies and augurs for the future are disconcertingly obvious. Shari specifically targeted and killed three Chinese nationals outside the University of Karachi’s Confucius Institute. Significantly, Shari was not a typically illiterate, oppressed or from any unexposed background, she was a teacher with MPhil, married to a dentist with family members well ensconced in Government jobs. Yet, Shari had perceived enough hurt and wounds from the Chinese presence in Pakistan to join the Majeed Brigade of the BLA to commit herself to the act willingly.

Contrary to the toxically anti-US line driven during the Imran Khan era, which initially had wide resonation among Pakistanis, the Chinese seem to be steadily replacing the Americans as the newly perceived imperialists and colonists on Pakistani soil. The withdrawal of American troops from Afghanistan and the subsequent deterioration of relations with its own creation i.e., Afghan Taliban, and the escalation of violence on Pakistani soil is making many Pakistanis question the benefits of demonising the United States of America, in favour of extremists like the Afghan Taliban. The societal fault lines of the dangerous sectarian divide (for Shias, Ahmediyas and other minorities) in the so-called “Naya Pakistan” also widened with little respite from violence and attacks. All this mayhem combined with the backbreaking inflation and pandemic-led upheaval has made the common person feel extremely vulnerable life-threatening situation. The combustive anger is no longer the exclusive preserve of the illiterate and religious fundamentalists but has metastasised even among those like Shari, who felt China has socio-economically diminished their country Pakistan, effectively vassalised by China. Native Balochis who were historically denied their fair share of development in Pakistan since independence are particularly peeved by the growing Chinese presence which they see as the bloody usurpers and plunderers of their land, resources, and culture.

Given the financial and strategic stakes involved in the China Pakistan Economic Corridor (CPEC) investments, the Chinese will not back down easily, and that may irk further tensions. Already the unofficial mouthpiece of the Chinese Government, Global Times, slammed, “We must warn that either in or out of Pakistan, forces targeting Chinese nationals in attacks will be stricken the hardest.” However, with organisations like the Voice for Baloch Missing Persons (VBMP) claiming more than 53,000 Baloch abductions and unexplained disappearances, the anger against the increasing Chinese hubris, privilege and exclusivity over Baloch sensibilities will continue rankling and manifesting violently. 15,000 Military personnel of the 34th Light Infantry Division or Special Security Division responsible for protecting the CPEC assets were believed to be over-stretched and inadequate; therefore Pakistan raised the second dedicated 44th Light Infantry Division in Gwadar, Balochistan. This build-up notwithstanding, last year nine Chinese were targeted and killed in a bus carrying them in Upper Kohistan, thereafter, the Chinese expatriates in Pakistan started arming themselves. This belligerent posture with the cultural dissimilarities between the Chinese and the average Pakistani bodes ill towards building trust. It is only a matter of time before the lid on the hypocritical Pakistani stand on the beleaguered co-religionist Uyghurs in China gets blown. The return of the Uyghur resistance force i.e., East Turkestan Islamic Movement (ETIM), who were purposely driven out from Pakistan is inevitable.

Shari Baloch’s unprecedented suicide is symptomatic of the all-pervasiveness and intensity of Sino-wariness that is gripping all stratums of society in Pakistan. Data shows that women suicide-bombers gather eight times as much publicity as male bombers, they typically avoid suspicion and can utilise stereotypes to bypass security defences and are believed to have a kill rate four times that of men! In traditional societies like Balochistan such acts can galvanise emotions by emasculating and therefore provoking men to espouse the cause in larger numbers. This trend does not read well for the increasingly despised Chinese, who are the predominant face of exploitation and foreign interference, replacing the Americans.