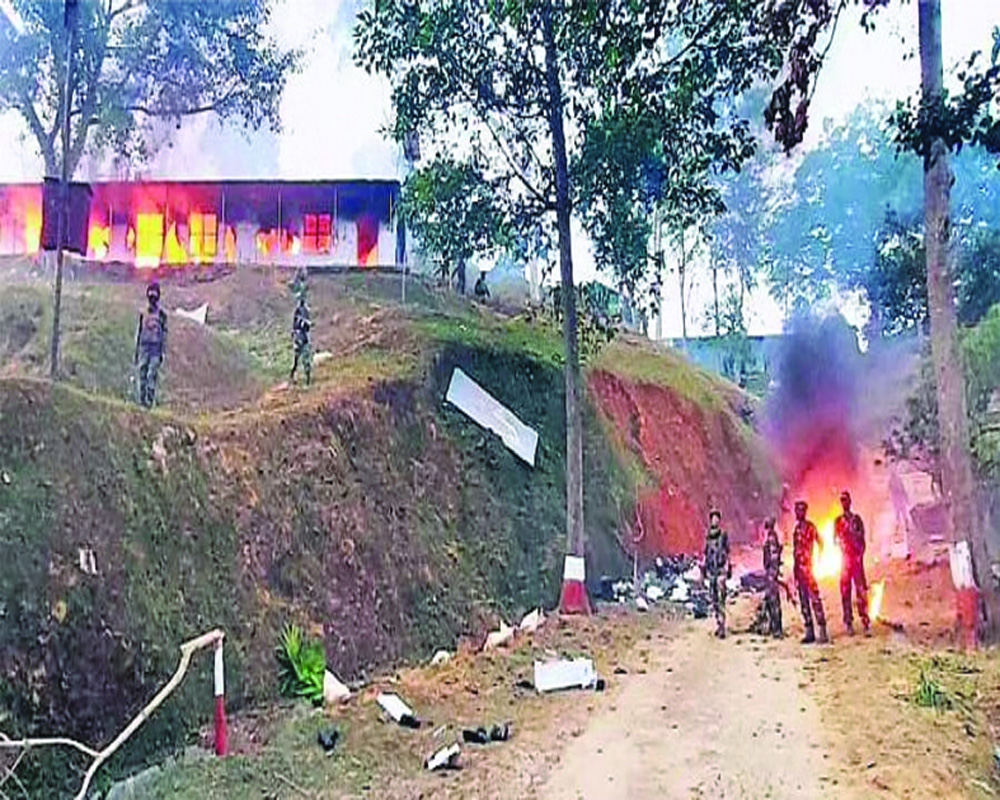 This columnist’s piece yesterday drew attention to the farcical nature of the investigations conducted by the Nagaland Police into December’s tragic incident in which six coalminers were mistakenly killed by troops from a Special Forces unit in Mon district. Prior to the SIT even beginning its work, Nagaland DGP T John Longkumer and Divisional Commissioner (Kohima) Rovilatuo Mor made serious accusations against the Army unit involved, based purely on hearsay and speculation.

By their own admission, the accusations were based on information conveyed by villagers who reached the scene four hours later. The same villagers attacked the detachment and killed a soldier and injured the rest while they were still awaiting the police’s arrival. Not only does it put serious doubts on the credibility of their statement, but also casts a deep shadow on the work of the SIT, composed wholly of personnel from the Nagaland Police, on its ability to carry

out a free, fair and unbiased investigation.

The fact that the police have rushed ahead and decided to chargesheet 30 Army personnel, accusing them of crimes under various sections of the IPC, including murder and attempted murder, among others, without awaiting the requisite sanction from the Centre, suggests that they are under certain pressure. However, what is truly intriguing is that the police never reached the incident site till much after the mob had attacked the personnel and forced them to flee. Among the many questions that the DGP needs to answer, an important one would be the reason for the police’s lack of response. It is well-established that the police were informed of the incident within minutes by the Army. Yet, despite the nearest police post being just 40 minutes away, the police did not respond at all. In fact, it has been alleged that the DSP called up the villagers and asked them to proceed to the site, which resulted in escalation of the situation and more deaths.

This leads to the suspicion that there is more to this incident than what we have been given to believe. Context is important and one must keep in mind that this operation was undertaken based on intelligence provided at the highest levels, duly vetted by the chain of command. Moreover, just as the intelligence provided had suggested, a vehicle carrying personnel suspected to be militants was observed and attempts made to halt it. The troops opened fire only after it didn’t halt, with expected results. The real tragedy was that the vehicle was in fact transporting innocent miners, instead of militants. This raises suspicions that either the information provided was false or that the operation had been compromised at the highest levels.

One also needs to factor in the fact that eastern Nagaland (where this incident occurred), led by the Eastern Nagaland People’s Organisation (ENPO), is agitating for a new State, Frontier Nagaland. This is due to perceived ill treatment of the local Konyak tribe, which is the largest Naga tribe. Moreover, well before this operation had been undertaken, the ENPO had directed all factions of the NSCN to desist from operating in the area. They had also developed close ties with the Army which, in turn, had helped the Army achieve some major successes against the NSCN(K), the faction that has yet to sign the ceasefire.

This state of affairs would not have suited many, and there is thus the distinct possibility that the NSCN leadership, which has fairly strong links within the Nagaland Government, may have been instrumental in deliberately feeding wrong information to intelligence sources, to place the Army and the Centre in an untenable position. Not only would such an incident put severe strain on the relationship between the ENPO and the Army but also provide local political parties and civil society groups to demand AFSPA removal, which would lead to de-induction of the Army from the State.

This would give the NSCN factions a free run to indulge in what can best be termed the “business of insurgency” and thrive on a range of illegal activities ranging from drugs and small arms smuggling to human trafficking which they indulge in along with transnational criminal syndicates. Economic clout has enabled them to subvert elements within polity, bureaucracy and the security establishment.

In the final analysis, while accountability is extremely important and provides closure to the families of those killed, the Centre must proceed with abundant caution. From the evidence available, it appears that the Special Forces personnel involved are but pawns in a much larger and complex game. It has implications on the smooth and peaceful integration of the region into our national fabric. It is the Centre’s responsibility that soldiers are not sacrificed to allow criminals to make good in a game of political oneupmanship.

(This is the concluding part of the series.)