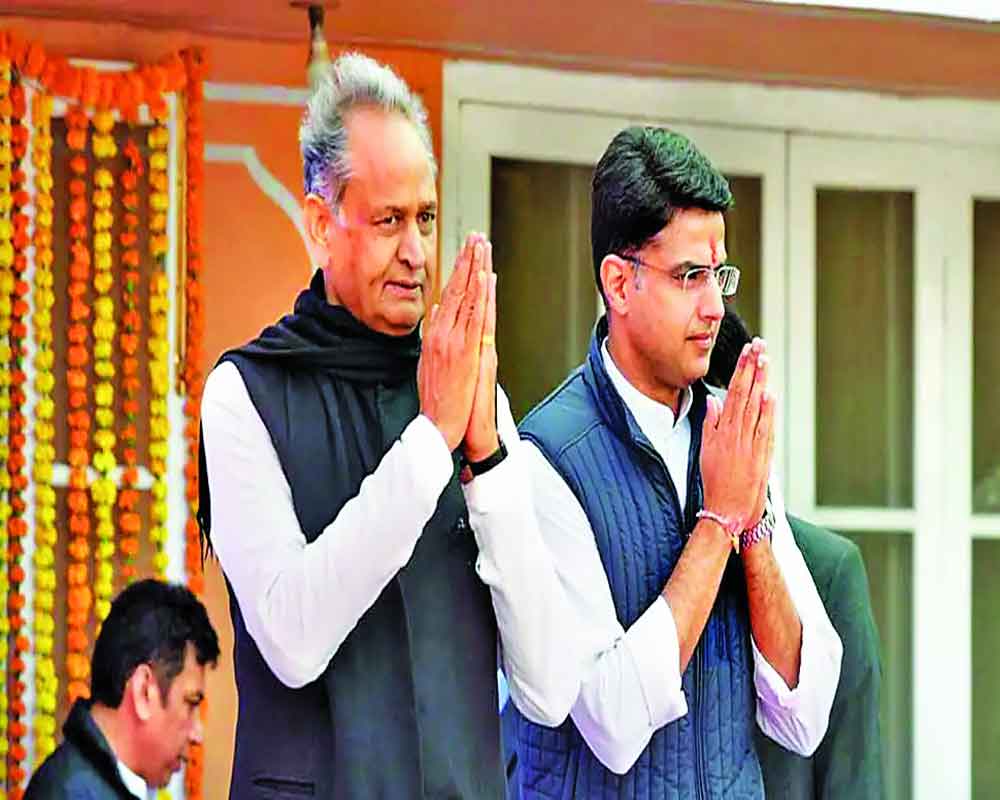 There is no end to the Mahabharat in Rajasthan with Chief Minister Ashok Gehlot firing the latest salvo, calling his rival Sachin Pilot a traitor to the Congress, as someone who hobnobs with the Bharatiya Janata Party to topple his own party’s Government in the state. The reference was to Pilot’s fruitless rebellion in 2020. The grand old party indeed faces a dilemma. On the one hand, there is the stalwart Chief Minister, who enjoys the loyalty of most of the party MLAs and was even

considered to head the party not long ago. He is unwilling to lose control of the state, the biggest state where the GOP is in power; he even chose chief-ministership over party presidency. On the other hand, there is the young leader who is impatient to hold the reins of the state—and is as determined as his 70-year-old arch-rival in this regard. The seething conflict, which was dormant for a few weeks, brimmed over on Thursday when Gehlot made the traitor statement in an interview to a news channel. The timing was conspicuous, for at that time Pilot was participating in the Bharat Jodo Yatra at Burhanpur in Madhya Pradesh. It was also jarring as the “traitor” was being photographed with Rahul Gandhi and Priyanka Gandhi Vadra. “A gaddar [traitor] cannot be made the CM. The high command cannot make Pilot the CM,” Gehlot thundered.

The Rajasthan Chief Minister was almost challenging the Congress high command as well—or, to be precise, he is letting the challenge (which was made at the time of the Congress president election)  continue.

Obviously, the Congress leadership has utterly failed in resolving the issue of Gehlot-Pilot rivalry in the state, the biggest state where the GOP is in power. The Gandhi family seems to be feckless and entitled; none of the members have the capacity or even the resolve to sort out things. Rahul Gandhi appears to be living in another era; his own party is withering away, and he is worried about… well, Bharat Jodo. This is not to say that uniting the country is a lesser job; perhaps it is greater than running a political party. But if someone is in-charge of a party—and let’s not fool ourselves that party president Mallikarjun Kharge is the most important man in the GOP—it is their responsibility to ensure that it is kept united, strong, and fighting fit. At a time when the election campaign is in full swing in Gujarat and

Himachal Pradesh, Rahul is busy with his yatra. And when he is not walking, he is triggering debates which are best left to historians. Worse, his Savarkar remarks annoyed a Congress ally, the Uddhav Shiv Sena. He has time and energy for such arcane issues but not for Rajasthan. It is astonishing that the Congress top brass has been unable to coax or force a truce in Rajasthan. Incompetence is monumental.