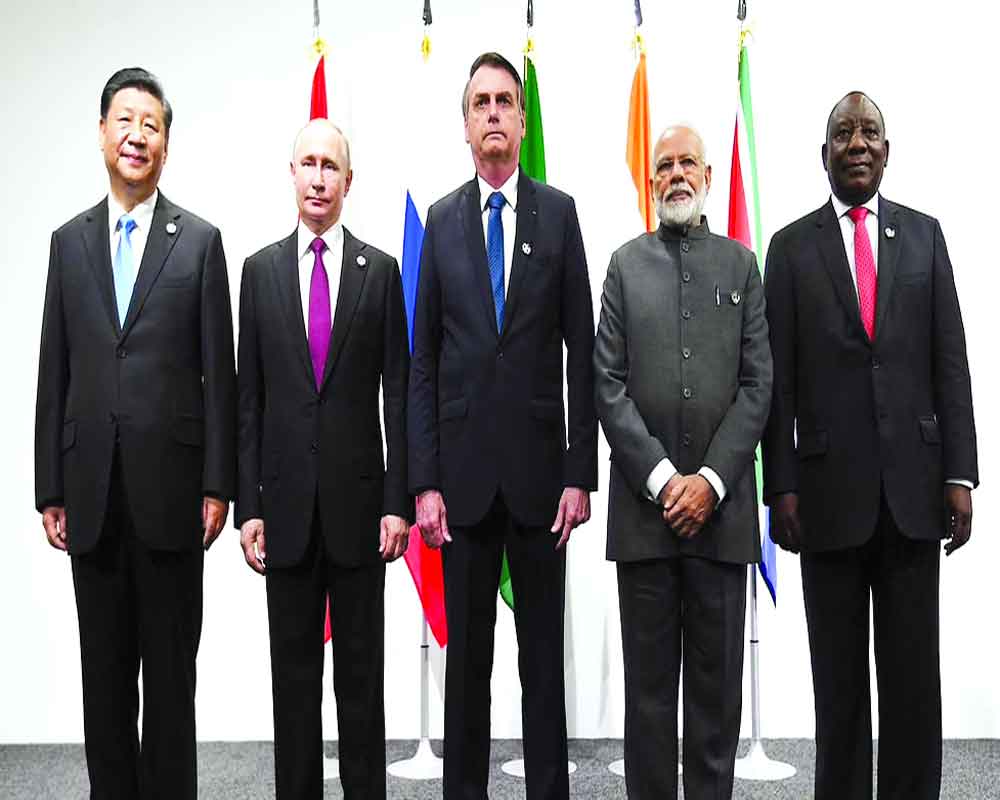 India’s diplomatic and foreign policy calendar has been swinging between a diverse bunch of power blocks. India had a tough challenge to attend the 14th BRICS summit held virtually under the chairmanship of Chinese President Xi Jinping.
It was a tough call, given India’s frosty relationship with China over the border tensions and sharing a platform (virtually) with Russian President Vladimir Putin, now considered a global outlaw. The BRICS summit was themed on Global Development; it’s actually a message China wants to send across, placing itself at the centre of economic prosperity for the globe. This position has traditionally been claimed by the US and its Western allies.
It is interesting to note how the Chinese communist party’s foreign policy propaganda newspaper, the Global Times, reported on the significance of the BRICS summit. In one of its recent reports, it mentioned the most novel proposition of this summit, BRICS expansion. The presence of Putin and several new invitees is also open to various interpretations. The Ukraine crisis has seen fissures emerge in the G20; and adding new members to BRICS could make it an alternative minus US and its allies.
This could also mean an expanded BRICS overtaking G7 earlier than imagined. In some of the other paragraphs the report lays emphasis on the “Global South cooperation,” the presence of India in both the US-led Quad framework and BRICS, India’s exit from the China-led Regional Comprehensive Economic Partnership ( RCEP), while accepting to be a founding member of US-led Indo Pacific Economic Framework (IPEF).
While China’s foreign policy department officially stuck to “high-quality partnership amongst BRICS, usher in new era for global development,” as the core agenda, its allied arms such as the newspaper report mentioned above was setting the real agenda for the summit.
India moves away from the BRICs summit to another important multilateral, the Commonwealth Summit which is taking place in Rwanda’s capital Kigali over the weekend. Leaders of 54 countries from Asia, Africa, South America, and Europe participate in the commonwealth summit which most often has been described as a club of erstwhile UK colonies, discussing their internal affairs, rather than coming out with a significant outcome-driven agenda for world affairs.
However, this diverse group of nations also represents the confluence of developing and the developed world, the former rulers meeting the former colonies, to indulge in some creative solutions for existing and emerging problems. It is a different matter that much of the commonwealth nations except the larger and more prosperous ones have been denied access to vaccines and therapeutic remedies to counter the Covid pandemic by the powerful nations. India will be represented at the summit by External Affairs Minister S Jaishankar.
However, one of the most eyeball-grabbing meetings will be the G7 in Schloss Elamau, against the backdrop of the Bavarian Alps in Germany next week. India has been invited for this meeting as a guest and will be represented by Prime Minister Narendra Modi in person. This is the fourth consecutive time India has been invited for this prestigious global policy leaders meeting.
The G7, which is a group of most prosperous nations of the world which are some of the largest donors to international bodies, together make the most influential voice for global policy directions. This year, the G7 presidency has been taken over by Germany, which will push for some coordinated policy actions on the ongoing war in Ukraine, its impact on food inflation, particularly in the developing nations, the climate crisis, the Covid pandemic, and its impact.
India has some tough balancing acts to do on multilateral platforms.
(The writer is a policy analyst. The views expressed are personal.)

‘Plan your commute for next 10 days’