It all boils down to appetite for conflict

It all boils down to appetite for conflict 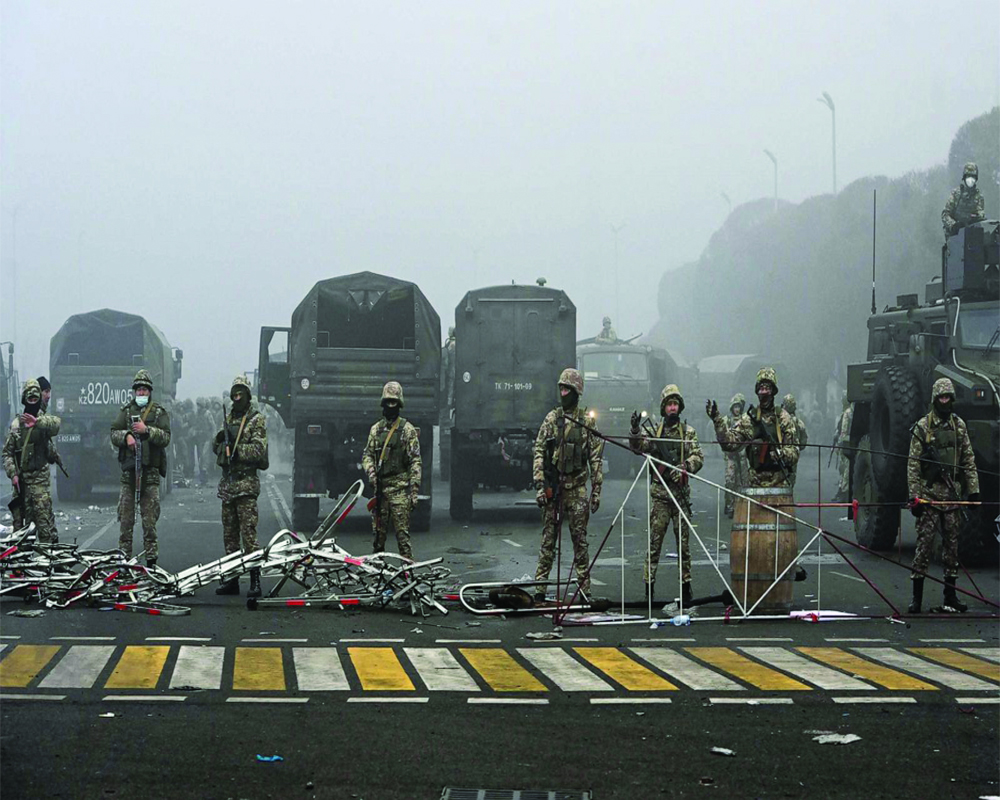 A tired ‘Free World’, noticeably the US, is no match for autocratic regimes like China and Russia that are not answerable to anyone for their amoral acts

Irrespective of the governmental spine, the popular mood in Australia sums up the awkward conundrum: There is simply no appetite for conflict with China. With China’s intimidating expansionism in the Indo-Pacific waters, Australia had hit back with suggestions for an independent inquiry into the origins of COVID-19 — a furious Beijing responded immediately by decoupling economic ties, and Canberra upped the ante by seeking nuclear submarines and forming AUKUS (partnership amongst Australia, the US and UK). Given Australia’s pacifism and wariness of nuclear technology, this change of official stance was significant, though not commensurate with societal apathy, as the ‘participation fees’ for Australia in any potential conflict with China is widely imagined to be too high. The Chinese society is never allowed to harbour contrarian views from that of its expansionist regime, therefore the drums of war directed towards a Taiwan, Japan, Australia, or even India, are forever beating.

If the appetite for conflict for the US in the restive Middle Eastern theatre had visibly waned with the unsaid acceptance of the Iranian-Syrian triumph in the decisive fight for reclaiming ISIS-held territories, the meek flight from Afghanistan completed the picture. A year into the office, Joe Biden has openly conceded that there are “a whole range of things around the world that we can’t solve” — the issue on hand was ability of the so-called ‘most powerful military in the world’ to defeat the Taliban mujahideen in Afghanistan.

Even earlier, during the bloody Indo-Chinese border standoff in 2020, the ostensibly ‘muscular politics’ of Donald Trump only led to an offer by the POTUS to “mediate or arbitrate” as he was “ready, willing and able”! Constant Chinese attempt to shift the existing norms and status quo on the Line of Actual Control was left for India to fend. Today, as a record number of Chinese fighter jets routinely intrude into Taiwan’s Air Defence Zone, wary Taiwanese genuinely ponder: “Will the US show up?” in case Xi Jinping decides to hold good his threat of the “historical task of complete unification”. Even though the Biden Administration has ostensibly shed its traditional ‘strategic ambiguity’ vis-à-vis the official position and committed itself to defend Taiwan militarily, should China attack, the credibility of that commitment is a bit suspect, given the recent history and the apparent lack of appetite for conflict.

Recently, riots broke out in the Central Asian Republic of Kazakhstan, and the world watched with bated breath to see which international power would step in. Pitted against each other was the undemocratic, repressive and illiberal Kazakh regime (given to its own power struggles and intrigues among the elites) against the suffering masses who desperately sought reforms and relief from economic hardships. Expectedly, the security forces responded brutally and disproportionately by killing over 100 protesters even as unbacked claims of “20,000 bandits”, “armed aggression by well-coordinated terrorist groups”, “radical Islamist groups” etc were randomly postulated by the Government, with a brazen ‘shoot to kill’ order. The US, which has literally no leverage in the region, was left spouting platitudes like “deeply concerned”, whereas the Russians under the aegis of Collective Security Threat Organisation (CSTO) sent in 2500 troops to ‘stabilise’ the situation. Even the Chinese offered support towards ‘counter-terrorism’ to ward off portents of colour revolution (euphemism for the West-supported pro-democracy movements).

Basically, the autocratic regimes of Vladimir Putin and Xi Jinping demonstrated an intent and sent an unmistakable message that whenever autocrats are in crisis, they could seek help from fellow autocrats as they would retain the appetite for conflict, unlike a tired ‘Free World’.

Concurrent war of wits is escalating in neighbouring Ukraine, with Russian troops menacingly amassed on the borders, prepping for a possible invasion. Earlier in 2014, too, Russia had forcibly annexed Crimea from Ukraine and the US-led ‘West’ has since pitter-pattered with ‘sanctions’, to no avail. Even now, Biden has sheepishly admitted that “the US going to unilaterally use force to confront Russia from invading Ukraine is not…on the cards right now”, added unconvincingly that there would be “severe consequences”. Nonetheless, no one in Ukraine would be reassured with that kind of a back-up plan as they know that should Russia roll in, nothing and no one will hold out. Biden worsened the optics by admitting that his allies were divided on how-to-respond to even a ‘minor incursion’ of Ukraine by Russia, let alone a full-fledged invasion.

Meanwhile, quasi-dictatorial regimes like Russia (or China) care two hoots about ‘international condemnation’ when it comes to safeguarding their perceived interest; in this case, stopping Ukraine’s bid to join the NATO.

Insecure one-party regimes, like that of China, embed an invaluable message with their cross-border aggression, that is aimed as much for their own domestic audiences as it is for the countries attacked. Pandemic era has already worsened the economic conditions of the ‘Free World’, and the all-important opinions of the electorate in democracies are not for any external interventions. However, the Chinese or Russian regimes who are not answerable to anyone for their amoral conduct, and are relatively well-placed economically, do retain a bigger appetite for conflict. Evolving triangular tensions of ‘One-against-One (US versus China), plus another one (Russia)’ will be, eventually, all about appetite for conflicts.