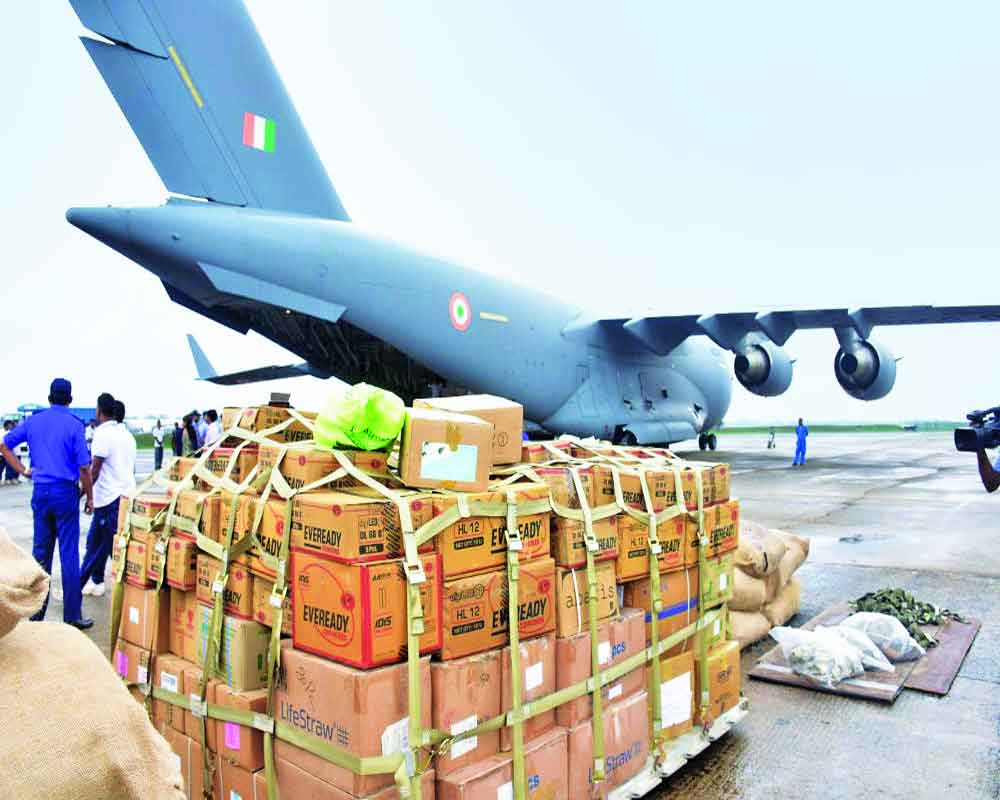 Sri Lanka is precariously unstable and the situation could even further deteriorate which could have serious implications for India.

Amidst Sri Lankan Crisis, India’s role stands critical to its Neighbourhood Policy and national security. India has extended holistic assistance to Sri Lanka by offering financial assistance worth USD 3.8 billion in the form of Lines of Credit, oil, medicines, grains, etc. On the security front, India is closely observing the maritime challenges that might cause instability in the Indian Ocean. There are also challenges concerning mass migration from Sri Lanka to India which will not be entirely political. In the past too, India has faced similar instances to Sri Lanka where humanitarian crises grew as a byproduct of political, security, and economic tensions.

As the closest neighbor to Sri Lanka, debates on India’s intervention have also caught unwanted attention in the local and international media.

However, India has always stood by the people’s aspirations and their democratic demands whether it was the Maoist Insurgency in Nepal or the present Sri Lankan crisis. The criticality of the Sri Lankan crisis, though, can be observed from the All-Party meeting held on July 19, 2022, on the Sri Lankan crisis, where India’s Foreign Minister S. Jaishankar briefed on the evolving situation in Sri Lanka, adding that “it is a matter which pertains to a very close neighbor and given the proximity, we naturally worry about the consequences, the spillover it has for us.”

Helping beyond Ethnicity and Culture

Despite all the highs and lows in the past, Sri Lankans see India as an immediate helping neighbor. While the refugee crisis will see a cultural base where Sri Lankan Tamils might reach out to the Tamil Nadu government for help, the refugee situation will not have a sole ethnic base. Sri Lanka has already begun to witness legal and illegal migration. For instance, the Sri Lankan Navy had reportedly captured 51 people attempting to migrate to Australia through sea routes, posing a security threat across the Indian Ocean and beyond. Therefore, India will have to prepare for the humanitarian crisis in the days to come.

Meanwhile, India’s economic assistance will have limitations in terms of its convincing viability against the perceived notions of India helping a particular family. India has already denied such allegations; especially, the rumors “circulating in sections of media and social media that certain political persons and their families have fled to India.” Therefore, India will have to establish a round-the-clock hotline in addressing these rumors floating on various media platforms including social media.

India has already extended several lines of credit, support, and assistance to Sri Lanka but it will also have to look that these gestures do not overburden India’s global assistance program. Hence, multilateral cooperation at the assistance level shall be worked out for a stable and long-term helping presence. India will also have to ensure that its development cooperation in terms of education, and technical assistance continues so the educational institutions and basic needs of the people of Sri Lanka are fulfilled.

India has pioneered in striking deep-rooted cooperation with the security forces across the world irrespective of circumstances and leadership there. Therefore, cooperation between the Indian and Sri Lankan Security Forces will be in the interest of the two countries for coordinating in humanitarian crises. For instance, Sri Lankan security agencies will be the front-line guardians and any food crisis or natural disaster will require Indian forces to coordinate with their Sri Lankan counterparts. Noteworthy, security forces are considerably more objective in their goals and provide stability in interaction with other countries which seems to be the need of the hour for Sri Lanka and India.

As Rajapaksas and veterans face public uproar, prospects of political and economic stability lie in better policies. With Ranil Wickremesinghe elected as the new President, solutions will not be too handy as his long-term political career has resulted in his unpopularity. On the external front, India’s continuous support to Sri Lanka is looked beyond the formal channels by the people of the island nation. Undoubtedly, China is a major spoiler and contributor to the Sri Lankan crisis and it will remain a distant spectator seeing the downfall of Rajapaksas.

In these circumstances, India must extend help, and must also look for multilateral cooperation based on democratic values to assist Sri Lanka. At the same time, the spillover effects will see instability in the domestic politics of India. To avoid a two-front challenge- externally from Sri Lanka and internally from Tamil Nadu, India will also need a humanitarian approach beyond ethnic and cultural connections. Above all, diplomatic channels must serve as the first and last resort to any pressing issue in Sri Lanka including in the worst-case scenarios where the Sri Lankan Army might take full control of the situation.

(Author is a Research Associate at the Vivekananda International Foundation, New Delhi. Views expressed are personal.)