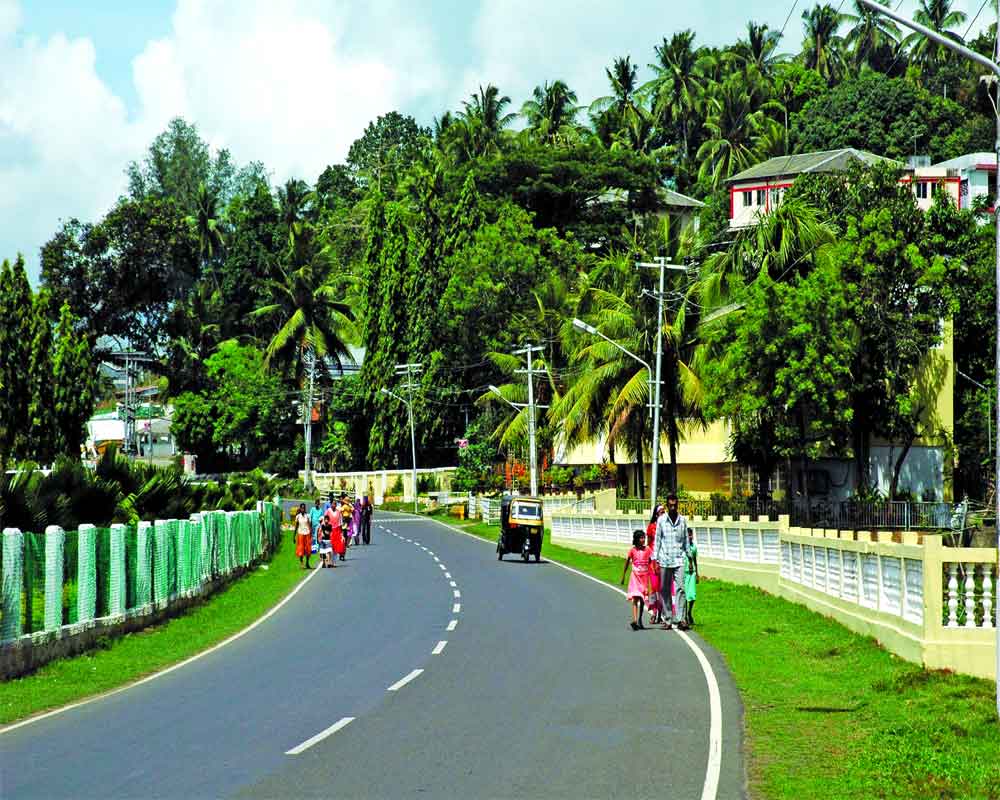 Port Blair is considered a punishment posting, though it is nothing compared to the hardships of border areas faced by the armed personnel

As an Infantryman, almost half of one’s professional life was divided into tenant postings that were either in ‘field areas’ or ‘peace stations’. Put simply, this alternative oscillation at the ‘field area’ entailed deployment in the direct line of defense against the ‘enemy’, hence usually in the border outposts at the geographical-topographical extremities of the sovereign, with extremely difficult conditions and frequent threats to life. Herein, serving in isolated ‘pickets’ at heights that can be 17,000 feet (minus 20-degree temperature) or above, as indeed in foreboding terrains like leech-infested tropical forests of the Northeastern jungles or frozen glaciers of Siachen, are par for the course. After a grueling posting that could range from 2 to 3 years in ‘field areas’, comes the relative relief of ‘peace stations’ that ostensibly allow for retraining and recouping, as also enjoying precious family time, albeit in stations like Dhana in Madhya Pradesh, Danapur in Bihar or Shahjahanpur in Uttar Pradesh! The so-called relief of ‘peace stations’ is invariably punctuated by sudden deployment in insurgency-hit areas, training ‘exercises’ in forward areas, or even individual postings (beyond Unit attachments), back to ‘field’ areas! Truly exemplifying the Indian Army’s recruitment pitch, ‘Join the Army and Live a Life Less Ordinary. Serving in the ‘field areas’ is not only imperative for career progression but very often, deliberately sought and volunteered by soldiers who consider the same a badge of honour, duty, and pride.

With this understanding of ‘normalcy’ in-service conditions of the ‘Uniform’ for forty years, one proceeded to the pristine and salubrious Andaman and Nicobar Islands, post hanging the dockmarten boots in 2006. The land of India’s freedom struggle had then just been struck with nature’s fury via the Tsunami and in dire need of relief and rehabilitation. As soldiers, one was familiar with the necessities of relief operations after having partaken in rescue operations in avalanches, floods, earthquakes, etc. However, no longer in ‘Uniform’ and now as a civilian Administrator with a team of civilian bureaucrats in the task, was a cultural change – sometimes for the better and sometimes, not. Many exemplified the best of minds, commitment, and integrity that makes the Civil Services amongst the toughest examinations to crack, as indeed, aspirational.

However, some within the AGMUT cadre that is responsible for the Islands (along with all other UTs like Delhi, Chandigarh, Goa, etc.) took to postings in the Emerald Islands like a ‘punishment posting’ to the proverbial Kaala Paani (a blot of nomenclature for the holy land) – for these odd derelicts, it bred disinterest, dismay and ‘time serving’ attitude that led to an apathetic performance. Conversely, it also led to occasional cases of extreme hubris and highhandedness, as the ‘State’ has a disproportionately larger say in livelihood than it does in other places, as is the case in all border areas or distant lands. Having served in far-flung areas of Ladakh or Northeastern states, one was conversant with the subliminal sensitivities and the need to ‘reach out’ as much as possible and allowed. Often these odd bureaucrats didn’t exactly enjoy the spirit besetting, ‘a life less ordinary. Dereliction of duty could be an unfortunate outcome, if not corrected.

Recent accusations surrounding the extreme abuse of power by the former senior-most bureaucrat (Chief Secretary) of the Islands, is a doomsday scenario of what could go wrong. This militates in the face of the ‘steel frame’ imagined by Sardar Patel who had beseeched the IAS probationers even before independence, “No Service worth the name can claim to exist if it does not have in view the achievement of the highest standard of integrity” and had cautioned sagely about the possible misuse of power, “render your service without fear or favour and any expectation of extraneous rewards”. When the highest bureaucrat of the land is accused in a sex-for-job scandal, not only is something amiss with the ‘system’ but also with the adherence to the civilizational truths of the land. Andamans and Nicobar Islands was the first territory to unfurl the Tricolour (by Netaji in 1945) and instill the lofty ‘Idea of India’ – this incident besmirches that sacredness of thought and land.

Ironically, Port Blair with its basic facilities (Government Hospital, International Airport, Educational facilities, etc.) befitting a capital city is still considered a ‘hard posting’ in the official recording of the bureaucracy – whereas there is an Infantry Brigade in Port Blair that has Infantry Units who are in a ‘peace station’ after having done a truly hard posting in the unforgiving heights of the border areas! So much for the supposed parity of conditions and considerations between the two arms of governance? Loose talk of ‘free rations’, ‘mess life’, ‘CSD rates’, and copious amounts of free-flowing alcohol is a cruel joke for those who lead a ‘life less ordinary.' This is not to suggest that there aren’t instances of dereliction in the ‘Uniform’ or that every civilian bureaucrat is only a ‘pen pusher’ – but to state the uneven service conditions, considerations, and imagination between services. Unfulfilled and forgotten OROP is a manifestation of that lack of parity and no number of condescending visits to ‘forward areas’ by politicians, can compensate for the reality. The Port Blair incident shames our conscience, as it should to those who lead a life ‘extraordinary’.

(The writer, a military veteran, is a former Lt Governor of Andaman & Nicobar Islands and Puducherry. The views expressed are personal)