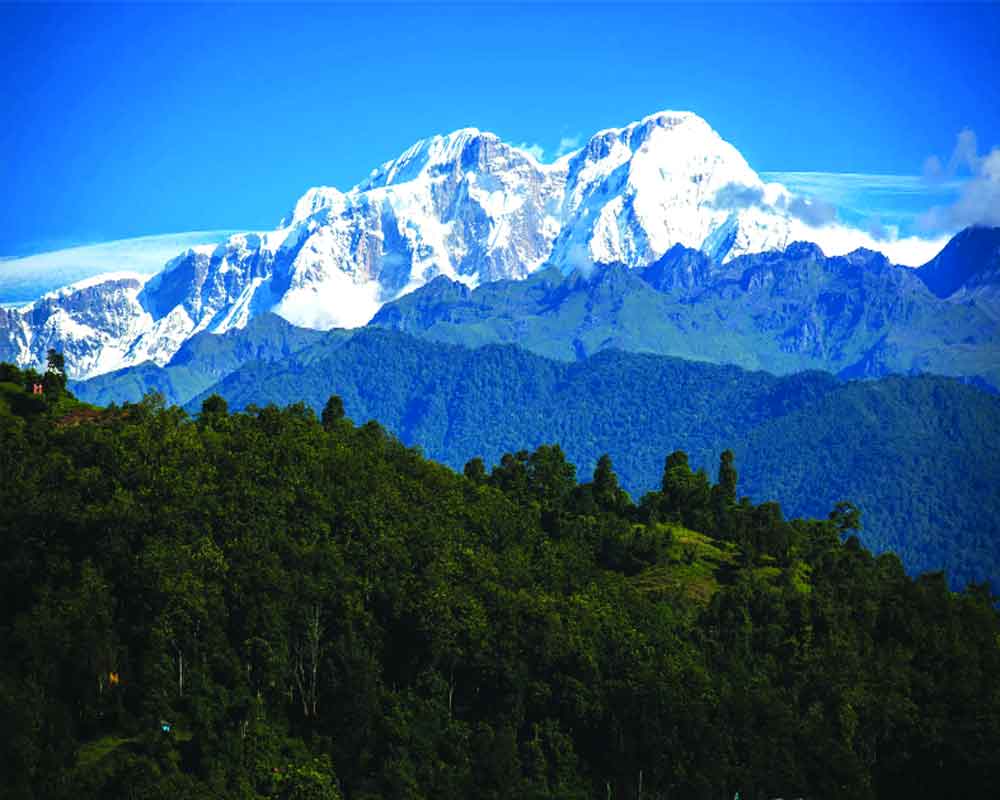 In the Vedic culture, plants are believed to have consciousness like humans and can feel pain as well as happiness

The United Nations proclaimed May 22 as ‘The International Day for Biological Diversity’ (IDB) to increase understanding and awareness of biodiversity issues. The focal theme of IDB 2022 is ‘Building a shared future for all life’. For actualizing this noble mission of the United Nations, it is of paramount significance that we revisit the past civilizational discourses that we have had in protecting nature in its totality.

The Civilization heritage of ancient Bharat is well documented in the Vedas, the Upanishads, the Puran as and several other scriptures. The preaching in these scriptures are the set of norms governing our cultural and social lives. One of the greatest and unique strengths of the Sanatan Dharmahas been its adoration for nature in its entirety for preserving all possible and probable habitats for all forms of life to flourish on the ‘Mother Earth’. Perhaps, no other civilizational discourse, attachedso much significance and interconnectedness to various facets of nature as the Sanatan way of lifestyle, values and virtues.

In Vedic culture, natural resources have never been considered commodities to be consumed for enjoyment and worldly pleasure as are viewed now. Contrarily, people were outlawed from the over exploitation of natural resources. They were mentored to worship the divinity that exists in the animate and the inanimate world including plants, animals, water, air, soil, fire, stones, hills, mountains and planets etc, necessary components for sustaining biodiversity. Hindus recognised, appreciated and preserved the purity of varied facets of nature in all their life activities.In essence, they practised nature-centric civilisational and development discourse that ensured the longevity of all forms of life.The degree of respect and interconnectedness that Sanatan is had with nature is amply demonstrated by the  Yajurveda sloka necessarily recited on rituals ‘Om dyauh shanti rantariksham shantih, Prithvi shanti rapah shantih Oshadhayah shantih; Vanaspatayah shantih, vishvedeva shanti Brahma shantih; Sarvam shantih, Shantireva shantih, Saamaa shantiredhih; Om shaantih, shaantih, shaantih’ meaning that ‘May peace radiate there in the whole sky as well as in the vast ethereal space everywhere; May peace reign all over this earth, in water and in all herbs, trees and creepers; May peace flow over the whole universe; May peace be in the Supreme Being Brahman; And may there always exist in all peace and peace alone’. All sphere of human activitiescentred onthe purity of nature and were zero-emission and zero-waste based.

Vedic peoplehada co-existential frame of mind with the lithosphere, hydrosphere, biosphere and atmosphere. They knew that life originated in water and cannot be sustained without ensuring its purity. Hencethey worshippedvarious forms of water bodies including clouds, rivers, lakes and oceans for securingtheir purity. Vedic people appreciated that mountains, hills, grasslands and riverine regions are repositories of biodiversity andthere was utmost necessity for preserving and sustaininglife-supporting ecosystems; hence they worshipped these landforms as well. We have been worshipping trees, herbs and creepers since Vedic time in recognition of the fact thatall animal forms depended on these for food, fodder, fuel and medicine besides their utility in maintaining

This belief ensured that the plants and their products becomean integral part of our rituals and ceremonies. Plants likepeepal, banyan and neem (Triveni), kadamb, bael, tulsi, aonwla, mango, banana, coconut, lotus, paan, sandalwood, rudraksha, camphor, parijaat, asoka, etc., were revered on various occasions. Vedic people were conscious of their nutritious, environmental, medicinal and ornamental values. Even several forms of animals and birds were worshipped to showcase their usefulnessto the ecosystem. Vedas accorded the status of GOD to allforms of natural energy including Agni and Vayu. Yagnas were performed for the purification of air. All of these created a conducive environment for all forms of life to flourish resulting into great biodiversity all around.

‘Less is More’ and ethical use of natural resources were two among the several civilization traits that governed our lives. The first sloka of Ishopnishad taught us ‘Isavasyam Idam Sarvam, yat kinca jagatyam jagat; tena tyaktena bhunjitha, magadha? kasyasvidhanam’ implying that every animate and inanimate entity in the universe is controlled and owned by the Almighty. One should therefore accept only those things necessary for himself, which are set aside as his share, and one must not accept other things, knowing fully well to whom it belongs.

For the previous few centuries, especially during the foreign rule, Vedic culture, traditions and value system underwentstark departure and erosion. Our holistic world view became fragmented,’Less is More’ became ‘More is Less’, ‘Sarve Bhawantu Sukhinah’ became ‘I Bhawantu Sukhinah’, ‘Vasudhaiv Kutumbakam’ became’ Live in Relationship’ ‘Not Me but You’ became ‘Not You But Me’, ‘Nature Centric’ became ‘Self Centric’ and ‘Environmental-friendly’ became Environmental-enmity’.Vedic philosophy that ‘Objects around are the extension of the Self’ is vanishing now from our thought and action process and as a consequence, we do not stay connected with the outside world.  We have embraced an individualistic and consumeristmindset and lifestyle resulting into the over exploitation of natural resources.

Every facet of nature has now become fragile and vulnerable. Water bodies are silting-up and becoming dry, hills are being destroyed, trees are being cut for paperand napkins, soils are under stress to produce more, and environmentally friendly dwellings and things of daily use are replaced by concrete structures and plastic made materials, respectively. The health of soil, water and airhas become extremelyvulnerable owing to pollution and excessive use of fertilizers and pesticides. As a result, the great biodiversity that ‘Jammu Dweepe Bharat Khande’supported is dwindling fast. The plants, invertebrate and vertebrate species inhabiting the land, water and soil, so essential for building a shared future for all life-forms,are under ever-increasing threat as their habitats are fast becoming unsuitable for survival and proliferation of biodiversity. Several thousands of such species have already become extinct and several thousands are on the verge of extinction. The emission of greenhouse gases, temperature rise and climate change have crossed all limits.

Under the circumstances, should we wish to build and secure a shared future for all forms of life on the planet Earth including Homo sapiens, we need to restore our Vedic culture, traditions and ways of interaction with nature in all spheres of the human domain. Everyone’s commitment is a must for saving mother earth and nature. Let us accept the fact that we have become cruel to mother Earth and are inflicting irreparable damage to its life support system for actualizing our limitless greed.

(The writer is Vice-Chancellor, Central University of Punjab, Bathinda. The views expressed are personal.)