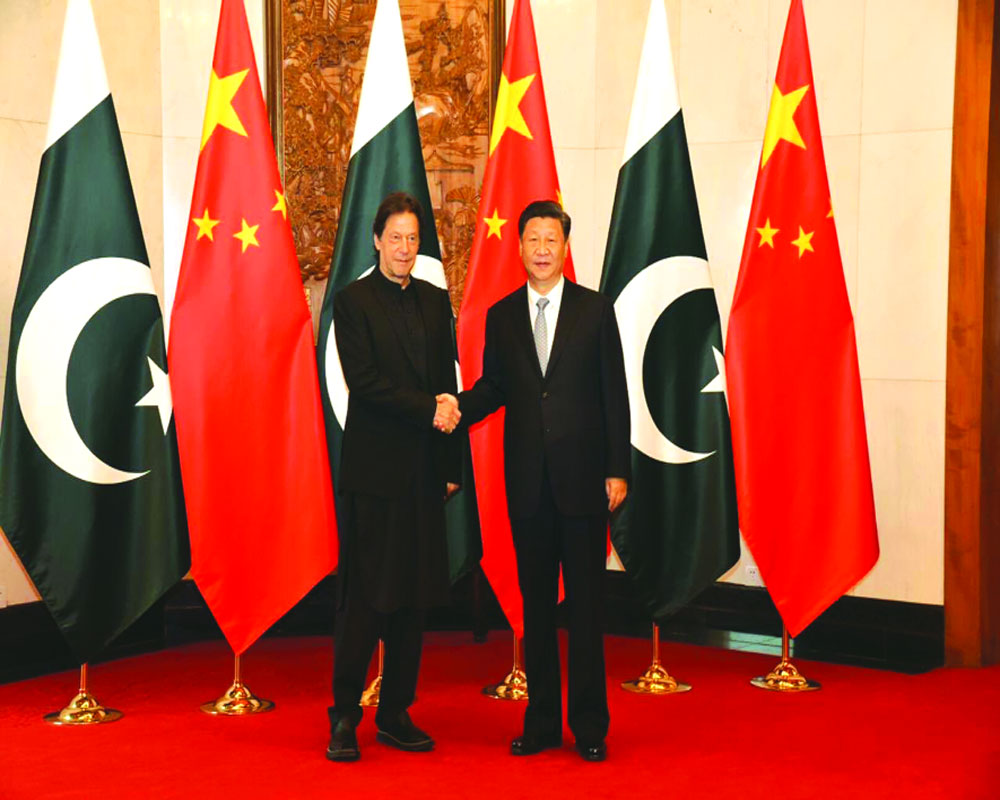 Our neighbour routinely engages with ‘superpowers’ behind the public gaze to do their dirty bidding, and excels in this field of intrigues and deals

Since time immemorial, irreconcilable superpowers have always needed shifty brokers or midwives to do their dirty bidding, behind the public gaze. This is fundamentally different from using good offices or mediating as that entails co-option basis established rules of engagement — this, sadly, is the greasy realm of intrigues, ignoble bogies and unhinged deals that militate in the name of engagement. Pakistan has historically excelled at diplomatic midwifery as the very construct of its invisible ‘establishment’ affords a protective veneer from officialspeak, as the gap between what is publicly stated versus what is privately practised, is always significant. Jilted participants in the original pact who often get ‘done in’ by Islamabad later describe the same as patent Pakistani ‘doublespeak’ or duplicity e.g., the United States.

The father of realpolitik, Henry Kissinger, juggled with semantics to hide his amorality under the softness of a more intellectual term, ‘pragmatism’. But India in 1971 had no doubt that Kissinger was unprincipled and his game required like-minded partners, which he found readily in Pakistan. If anything, he taught them the refinement of ‘doublespeak’ and even ‘doing in’ so-called allies (Pakistanis more than repaid that lesson to the US in recent times). Beyond Kissinger’s known anti-India anchorage, he was aware of the mayhem that his ally Pakistan was inflicting on the hapless Bengalis in then East Pakistan (US Consul-General in Dhaka, Archer Blood, and the US Ambassador to India, Kenneth Keating, were regularly cabling about the Pakistani plunder and purge) — yet, Kissinger ensured favourable ‘tilt’ towards the Pakistanis, only because they were arranging his secret trip to China. The services of Sandhurst-trained but debauched Pakistani dictator, Yahya Khan, were triggered to nudge its ‘all-weather-friend’ in Beijing to entertain Kissinger. Even attempting to draw the Chinese into the Indo-Pak war (“scare those goddamn Indians to death”) as a quid pro quo for the services to the beholden Pakistanis was not off the menu. Towards the enthusiastic midwifery offered by the Pakistanis, Kissinger reported back to Nixon: “Yahya hasn’t had such fun since the last Hindu massacre” — the ensuing atrocities on Bengalis notwithstanding, a PIA plane flew secretly from Islamabad to Beijing on July 9, 1971, with Kissinger in it after he had feigned illness whilst on a trip to Pakistan. Neither ‘East Pakistan’, Yahya Khan, nor rapprochement with the Chinese was to last very long — but the art of surreptitious midwifery was institutionalised in the Pakistani instinct.

Later another Pakistani dictator, Zia-ul-Haq, was to facilitate as the go-between for the 1980s US-Saudi led machinations in the bloody war of Afghanistan with the infamous Pakistani ISI as the principal agency of complicity. In hindsight, a rather expensive attempt at midwifery has emerged that has bled all, including the US, Afghans and Pakistanis, who are today sucked into the vortex of religious extremism. With the end of the Cold War in early 90s, the US interest in Afghanistan vanished and it left behind a cesspool of toxic emotions (as it always does) — but the Pakistanis continued with their wheeling-dealing in Afghan swathes at the behest of Gulf Sheikhdoms, who had their own Wahabist agenda. Yet another brokerage of violent consequences, that costs to date. The saga of Pakistani flip-flops did not end as post 9/11, Pakistan officially joined the US-led ‘war on terror’ against its own creation in Afghanistan i.e., Taliban, albeit with rather dubious sincerity.

Last year, the US abandoned Afghanistan to its fate (effectively to the Pakistani-supported Taliban) yet again — since then, there are only two sovereigns still engaging with the virtually ‘pariah-ised’ Taliban Government i.e., Pakistanis and China! The role of interlocutors-with-benefits has always inspired Islamabad, even if it involves bloodlusting militias or countries like China, which are conducting State-sponsored genocide on fellow Uyghurs. The midwife who otherwise postures gladiatorially for Muslim rights globally has very selective amnesia when it comes to Uyghurs. On the contrary, Pakistanis are facilitating the Chinese penchant for expansionism by midwifing an engagement between the revisionist Taliban and China.

Few days back, surreal optics of Chinese Foreign Minister Wang Yi suddenly landing in Kabul (supposedly unannounced) were indicative of Pakistani midwifery at play, yet again. Getting both sides, a win-win deal was important and in an expected surrender of their so-called commitment towards co-religionist Uyghurs — the Taliban issued a loaded statement that ‘Afghan territory will not be used against any country’, the unsaid reference to Uyghur organisations, like East Turkestan Islamic Movement, was implicit. Expectedly, the Chinese offered to loosen the purse strings and dangled extending the CPEC (China Pakistan Economic Corridor) to the Afghanistan mainland, just as it was bankrolling the depleted Pakistani economy. To mark its own individuality from the stand of the ‘Free World’, the Chinese reassured the Taliban that had a policy of ‘non-interference in internal affairs’ and objected to the imposition of political and economic sanctions! The unnaturalness of ‘all-weather friendship’ besetting two avowedly ‘Islamic’ countries, and the other a stated ‘Communist’ regime with a proven record of discrimination against Muslim minorities, is ironical, to say the least. But since midwifery is essentially a commercial act with no linkages to any form of any morality attached, Pakistan is best suited for the task. Long-term consequences be damned, as always.