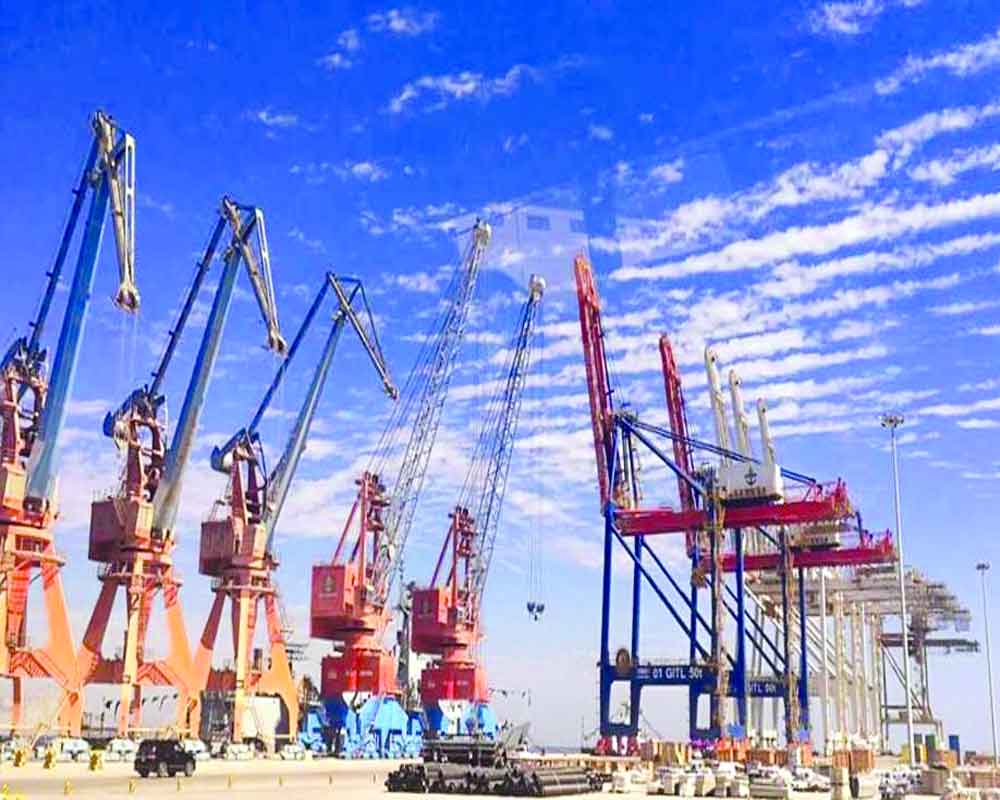 Balochs say the CPRC ignores them and is Punjab-centric. The Gwadar-Karachi route goes through developed areas of Punjab and Sind while bypassing Balochistan districts

Balochistan is Pakistan’s biggest occupied province, making about 44% of the country’s total land area. With a coastline of 770 kilometres, Balochistan also shares borders with Iran and Afghanistan, and 40% of the world’s oil travels via Gwadar port, located near the opening of the Strait of Hormuz.

Pakistan’s display of unified nationalism is met with ethno-nationalist opposition from Balochs, Pashtuns and Sindhis, who have been protesting against their political and economic marginalisation since the formation of Pakistan.The Punjab-centric planning and implementation of projects under China-Pakistan Economic Corridor (CPEC) have worsened the conflict between the state and the Azadi-seeking forces. A takeover of Gwadar port and subsequent exclusion of the Baloch firms, workers and fishermen from Gwadar-linked CPEC projects, and various developmental policies apart from exploiting its natural resources have exacerbated pre-existing secessionist sentiments in Balochistan. Furthermore, the Eastern route or alignment of the Chinese Project connects Gwadar and Karachi through the developed portions of Punjab and Sind while leaving behind several districts of Balochistan. The Baloch mainstream parties have thus opposed the project entirely and have called for complete freedom.

Further, political discrimination against the Shia Hazara community in Quetta has also been a human rights issue. Shia Hazaras are considered Iranian spies by Sunni sectarians. Restrictive practices in Rawalpindi are evident in the massacre of Shia Hazaras and their lack of mention in the national media. Nevertheless, East Pakistan (Bangladesh) was the only region to achieve liberation from all forms

Today, the unification of various Baloch rebel groups- Baloch Republican Army (BRA), United Baloch Army, Baloch Raji Ajoi Sangar (BRAS) to form a Baloch National Army (BNA) or the ‘Azadi brigade’ might result in the establishment of a Baloch territory carved out from Pakistan. If Rawalpindi increases its atrocities, the Balochs might retaliate further by calling all the Balochs in Iran, Pakistan and Afghanistan to unite and form a ‘Greater Balochistan’. The recent suicide bombing of Shari Baloch calls for the attention of the intensification of the freedom struggle in Baluchistan. Severaldisgruntled Pakistani factions have hailed Shari Baloch’s decision to oppose the CPEC and Rawalpindi. On social media sites like Twitter, Sindhi separatists have expressed their admiration for her bravery. It is an indication thatthe Baloch National Army would expand to include Sindhi factions in the future.

Until now, the Baloch rebel groups’ classic modus operandi used improvised explosive devices and hit-and-run attacks apart from the protests. Suicide bombing by Shari Baloch has commonalities with the sophisticated nature of the attacks carried out by the Tehreek-e-Taliban Pakistan (TTP) and its affiliates. The TTP aims to establish an Islamic Emirate of Pakistan, very similar to what the Taliban did in Afghanistan. TTP recruits are primarily from the Afghanistan-Pakistan border, and thus it has sympathies with the BLA. However, a catch is that the TTP swears its allegiance to the Afghan Taliban and is backed by Al Qaeda. This makes TTP a dicey player between BLA and the Pakistan forces.

Interestingly, is it possible that TTP’s leader Noor Wali Mehsud has allied with the Baloch rebels? Till now, independent acts have been carried out by TTP (North-West of Pakistan) and BLA (South of Pakistan). However, that might not be the case any longer. From a Pakistani perspective, the Afghan Taliban’s takeover might have driven out the US and posed severe issues for its allies, yet, the Taliban’s aspirations and capabilities to function independently of Rawalpindi cannot be ruled out. There have been statements from the Taliban “ministers” seeking an independent role in its ‘national’ and regional affairs. Moreover,the Taliban might have the revenge objectives of post 9/11 developments wherein Pakistan cleverly helped the U.S. crush the Taliban. One might assume that the Taliban has been going slow to oppress TTP’s rearming and a resurgence for the reasons mentioned above, apart from forging alliances with Baloch rebels.

If one can recall, in the early 2010s, the Tehrik-e-Taliban Balochistan (TTB) emerged on TTP lines. TTB aspired for the complete exit of foreigners from Baluchistan apart from fighting the Pakistani security forces and law enforcement agencies to convert Pakistan into a battlefield. The organisation recruited indigenous fighting units and foreign fighters primarily of the Afghan-Pashtun tribes. However, the Baloch are traditionalists and not fundamentalists, and hence the assumptions and possibilities of TTP and BLA finding convergences for their operational synergies is a strong possibility. The ‘Azadi Brigade’ can also be joined by the ISKP (Islamic State - Khorasan Province), proving further detrimental to Pakistan’s interests.

Although the intensity and the number of attacks against the Pakistani military establishments increased after the US exit from Afghanistan, the recent extension of the ceasefire between TTP and Pakistan, mediated through the Afghan Taliban and the Haqqani network, reminds us of 2020 when in a surprising move the truce and subsequent mergers between TTP with its splinter groups and rivals moderated by the Al-Qaida. Important groups which merged with TTP were a faction of the sectarian group Lashkar-e-Jhangvi (LeJ) and the splinter groups of TTP- Hakimullah Mehsud faction, Jama’atul-Ahrar (JuA), and its sub-splinter Hizbul-Ahrar (HuA).The mergers gave a predominant position to the TTP, which equalled the Afghan Taliban’s position in Kabul. Despite ideational and strategic divergences, the ceasefire raises essential questions. Rawalpindi might be trying to establish another regional Sunni proxy terror alliance in Balochistan with Jaish ul-Adl,first to suppress the Baloch movement and second to revive the Iranian Jundullah organisation while creating instability in Sistan and Balochistan province.Pakistan would want the ‘destructive forces’to be diverted elsewhere.

Whether the BLA fights along with the TTP or Pakistan and finally succeeds in creating instabilities, the Chinese CPEC is bound to be in the doldrums for violence plays an essential role in the region. A pertinent question is whether Pakistan is playing the same game with China as it played with the U.S. in Afghanistan? By attracting the Chinese money and infrastructure toBalochistan and Iran; encouraging Iran to remain isolated while simultaneously attempting to bring the extremist group under a single umbrella to launch offensive actions against Baloch citizens, groups, as well as Iranian Baluchistan, does it not hint at the same methodology as it adopted in the last decade for ousting the US? If the violence between factions intensifies, the Chinese Projects andits citizens will be affected. In an extreme case, would not the Chinese be forced to abandon theirprojects the same way the U.S. and the NATO forces were forced to leave their airbases?

Pakistan’s major foreign and security policy flaw has primarily been an anti-India approach. Viewing the mushrooming of the Jihadist organisation from this lens, it has only aimed to receive aid from either of the powers while simultaneously trying to destabilise India. Soon, Islamabad would be a victim of its homegrown terror and might enlist as a nation that dug its own grave. Joseph Nye once stated, “Important political leaders never just followed their interests - they were concerned about the interests of their people”. Islamabad has never produced a leader of that kind.With more chaos, terror, external loans and inflation, it would not be wrong to predict that ‘Azad Balochistan’ would see the light of the day very soon.