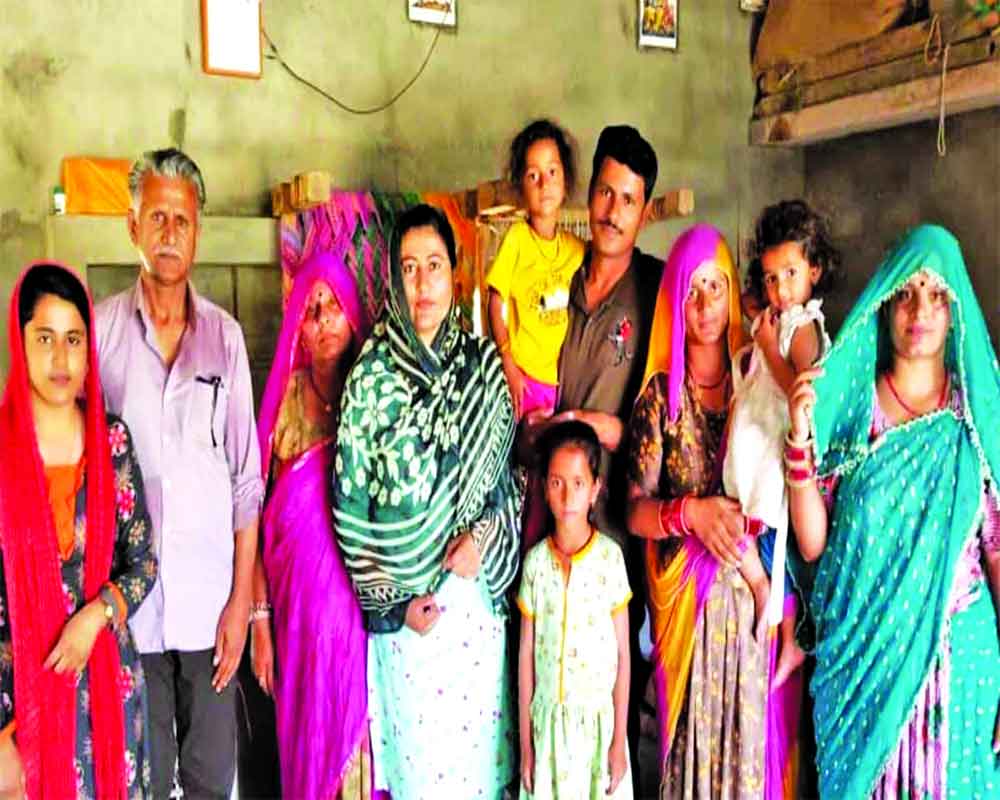 Hindus residing in Sindh province are subjected to ethnic cleansing as well as rapes, abductions and forced marriages

Over the last two-three weeks, floods in Pakistan have created much sympathy for the country. It has been the most reported natural calamity in the world. Most prominently, it has been able to re-kindle its relations with the US, with Washington announcing $2 million for flood relief funds. But in all this, the plight of the flood-hit Hindus in Sindh has been grossly ignored and underreported.

Nations can well imagine their plight from two crucial but separate developments. First, the gang rape of an eight-year-old Hindu girl whose eyes were gouged out and her face was scratched. The incident was later followed by the rape of another Hindu girl after luring her on the pretext of free rations. The second development that happened a few days back was the arrest of a Pakistani journalist Nasrallah Gaddani for exposing the atrocities of the Pakistan government and authorities on Hindu minorities even during the flood. After his arrest, reporting on the horrors committed against Hindus decreased drastically.

Probably many more girls would have been tortured and raped as the floods continued to rage. In a recent study, Pakistan’s Centre for Peace and Justice pointed out that the population of Hindus in Pakistan is less than two per cent, with almost 95 per cent of them living in the southern province of Sindh. Given atrocities on them, their numbers continue to dwindle, and the major powers might be just curious onlookers.

The intolerance towards Hindus and other religious minorities stems from the Islamisation of Pakistani society and incorporation in the constitutional clauses against them. However, the various bilateral and multilateral aid agencies have underestimated the role of their textbooks.

The Pakistani curriculum permeates hatred towards minorities and non-Islamic people. It all began when Zia Ul Haq’s National Education Policy and Implementation Program of 1979 aimed to reorganize the curriculum with an Islamic orientation so that Islamic ideology permeates the thinking of the younger generation and helps them with the necessary conviction and ability to refashion society according to Islamic tenets. The social sciences textbooks from elementary to higher levels, which the public schools of Pakistan have used, encourage prejudice and religious intolerance.

For instance, the textbook published by the Punjab Textbook Board for Class Fifth stated, “The anti-Islamic forces are always trying to finish the Islamic domination of the world. This can cause danger for the very existence of Islam. Today, the defence of Pakistan and Islam is very much in need”. Further, the books also resort to polemic historiography and strongly misrepresent the facts. Commenting on India’s internal issues, the Sindh Social Science Textbook of class eighth states that “violence has occurred between Hindus and other groups living in Pakistan, which resulted in the destruction of Babri mosque and Hindu-Muslim riots in Gujarat”.

Nevertheless, the “beginning of the civilisation” in the South Asian subcontinent as per the textbook has been attributed to the conquest of Sindh by Muhammad bin Qasim and Ghaznavi’s 17 invasions of India. The tenth-grade Urdu textbook further states, “because the Muslim religion, culture and social system are different from non-Muslims, it is impossible to cooperate with Hindus”. Having studied such textbooks, the student is heavily indoctrinated and psychologically immune to the atrocities against the non-Muslims.

Additionally, the role of Pakistani teachers adds fuel to the fire. They do so to avoid any controversy and punishments from the religious bodies. Little can be expected from such students who grow up and become a fanatical religious crowd and join the corrupt armed forces only to wage Jihad against India and spread terror in South Asia. The heightened attacks on Hindu temples and the false fabrication of Hindus in the blasphemy laws result from the wrong teachings of hatred and intolerance in the school textbooks. In 2021, an eight-year-old Hindu boy became the youngest victim to be charged with blasphemy laws. The US Commission on International Religious Freedom’s 2020 report on blasphemy states that Pakistan is one of those four countries apart from Bangladesh, Nigeria and Egypt that account for nearly 80 per cent of all reported incidents of mob-related violence which coincided with instances of state officials committing acts of violence, including torture or cruel, inhuman, and degrading treatment or punishment, against accused blasphemers. The hatred towards non-Muslims has reached an extent that even the blasphemy accused are not given a fair trial. Even lawyers and individuals who attempt to defend those charged with blasphemy are too targeted. The case of Pakistani lawyer Saif ul Malook is an important one.

Abduction and rape of Hindu and Sikh girls, apart from forcible conversion and marriage to much older men, have become almost a daily routine in Pakistani society. Recently, a Sikh teacher in Khyber Pakhtunkhwa was abducted and married off against her will, and a minor Hindu girl in Sindh was shot dead for resisting abduction. The minority women throughout Pakistan continue to live a life of fear. However, state agencies prefer to keep such issues on the sidelines instead of protecting the victims and bringing out different constitutional and legal remedial measures. Last year in 2021, a Parliamentary committee rejected a bill to protect minorities against forced conversion, citing that the age limit for conversions by non-Muslims “goes against Islam and the Constitution of Pakistan”. Pakistan’s Ministry of Religious Affairs also opposed the bill. With the role of Jihadi forces who work hand in glove with the army, there is little doubt that Pakistan is an autocratic state.

Geopolitically, the flawed policies of education adopted by Pakistan created a strong foundation for militant extremism, the results of which are evident in Afghanistan and India. The overall political idea that the identity of Islam is directly correlated with Pakistan also gave birth to its geopolitically impaired vision that Pakistan is the “leader” of the Islamic countries, and hence its views and opinions ideally be reflected in the foreign and security policies of the Middle East countries. Thus, its support for Jihad in Kashmir and its state-crafted turmoil in Afghanistan is well understood.

The 2022 report of the US International Commission on International Religious Freedom recommended that Pakistan be re-designated as a “country of particular concern” or CPC, for “engaging in systematic, ongoing, and egregious violations of religious freedom” reforming the “educational textbooks, curricula, and teacher training materials to ensure content is inclusive of and not discriminatory toward religious minorities”.

Finally, it recommended “incorporating religious freedom concerns into its larger oversight of the US-Pakistan bilateral relationship” which has been ignored meaningfully in the recent sales of F-16 spare parts and the announcement of financial aid to Pakistan. Previously, in 2021, Pakistan was designated as a Country of Particular Concern (CPC), but sanctions were deliberately avoided in lieu of the “important national interest of the United States”. Peace in South Asia will remain an elusive dream, and despite economic assistance or whatever international support it can get, it is unlikely that Pakistan will ever become a normal state with a functional rule of law.

(The author is a foreign affairs commentator)