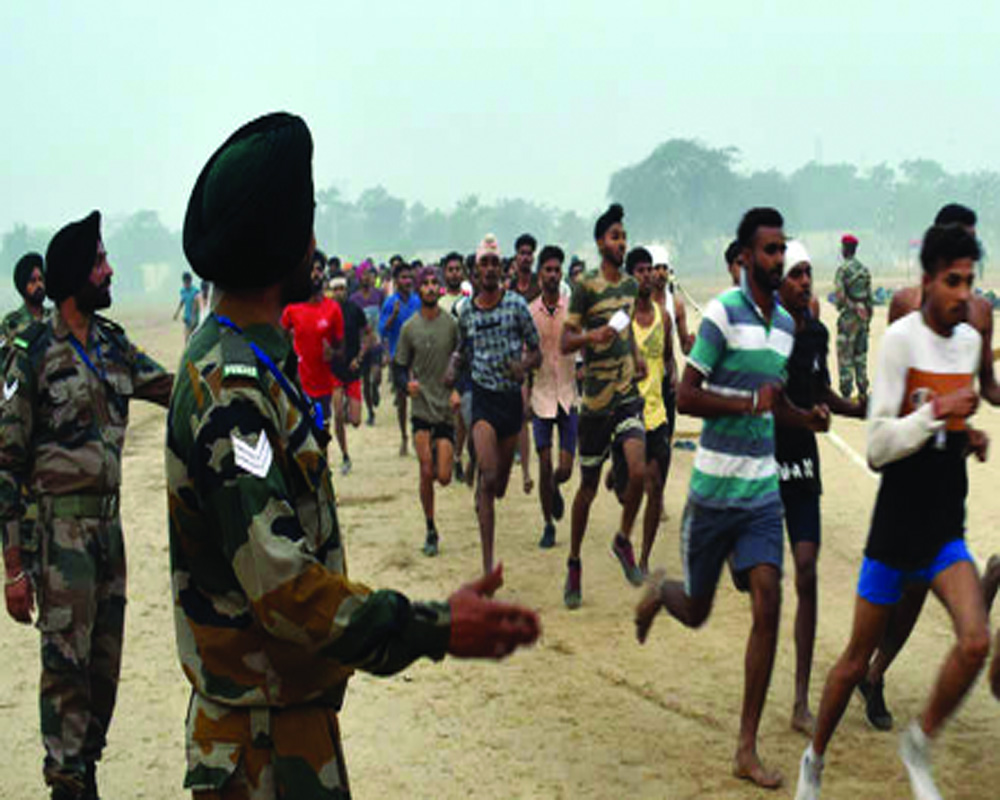 The Agnipath scheme is drawing fire from all quarters: Politicians, aspirants, general public

The Centre’s Agnipath scheme for recruitment of armed defence personnel has stoked public protests across at least seven States, besides leading to a political slugfest. Getting brickbats from across the political spectrum, the plan has expectedly been criticised by several Opposition as well as BJP leaders. Naturally, the scheme is being viewed as not only being against the aspirations of the nation’s youth but also a step toward weakening the robust setup of our armed forces. While Congress leader Rahul Gandhi advised the Prime Minister not to take the “agnipariksha” of unemployed youth, his sister Priyanka wondered why the Government was making defence recruitment its “laboratory”. Several other Opposition leaders, including SP president Akhilesh Yadav (“potentially fatal move for nation’s future”), BSP supremo Mayawati (“the youth are dissatisfied and angry”), and even BJP MP Varun Gandhi prudently asked about the prospects for these soldiers when the corporate sector doesn’t show much interest in hiring even the regular military personnel who retire after 15 years. The Government should have seen all this coming, and taken steps to preempt such vociferous protestations either by making its policy details unambiguous or sealing all possible routes of inviting reproval.

These accusations and remonstrance, though clearly borne out of political adversity and the desire for one-upmanship and to score brownie points, do carry a point. As only 25 per cent of the Agniveers will be absorbed for regular employment after four years, the scheme will actually result in a waste of training cost and likely prove to be an unnecessary burden on the defence budget. Already military recruitment has been suspended for more than two years on account of the COVID-19 pandemic. Since unemployed youth yearning to become soldiers cannot suppress their zest, they are apparently running aimlessly. However, the bitter truth is that the tenacious 19-year-old Pradeep Mehra has not been running 10 km each night, nor did Suresh Bhuchar carry the national flag 350 km from his Rajasthan village to Delhi, to join the Agnipath scheme which is anyway ill-suited for Indian conditions. Since recruitment to the defence forces is age-driven, this halt on recruitment has adversely impacted youngsters, mostly from rural areas, who suddenly find themselves stuck in limbo. Then there have been tragic cases like the suicide by Pawan of Bhiwani district on becoming overage.