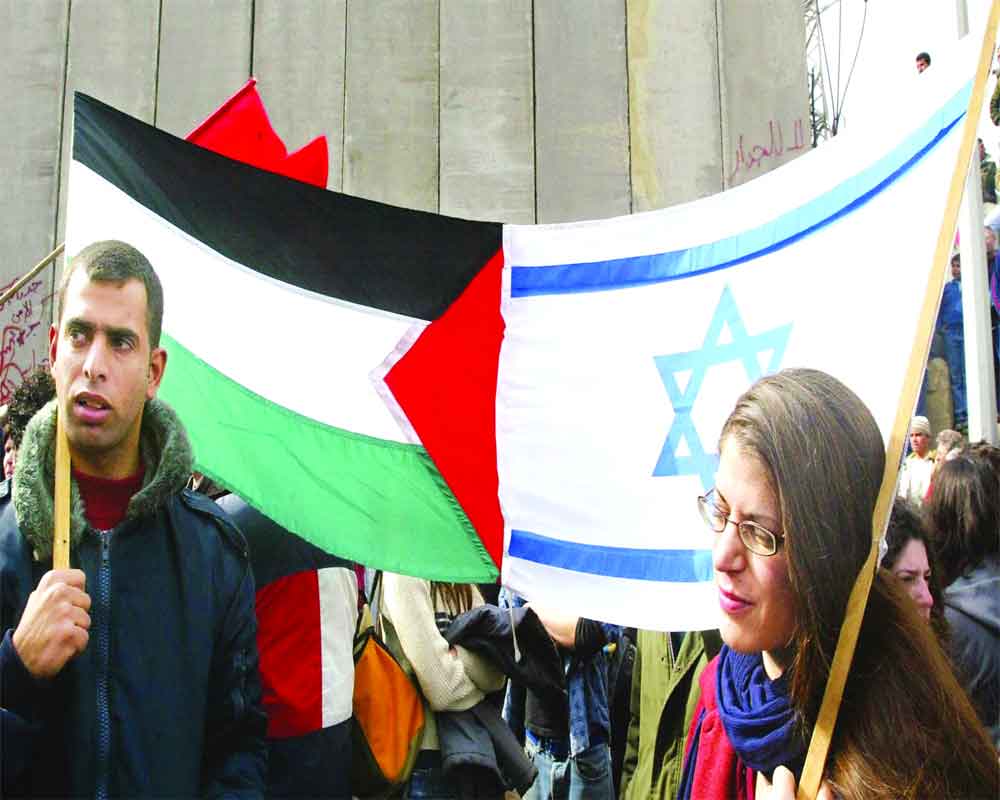 The Western world continues to aid and abet Israel making it aggressive, which undermines lasting peace in Palestine

Israel is all set to go for the unprecedented fifth election in three years as the ruling coalition is no more ready to run the joint government. The Arab League, which was a part of the current government, withdrew its support citing Israeli aggressive settlements over the Palestinians land. This is not the only reason but one important among others.

Naftali Bennett had ousted Prime Minister Benjamin Netanyahu last year, ending his 12 years in power. The right-wing leader and former Netanyahu ally’s eight-party coalition consisted of his own nationalist party, as well as right-wing, centrist and leftist parties and of course an Arab-Israeli party for the first time.

The Bennett government before taking over Israel had been showcasing itself as a government for change but its stand on many fronts remained the same as that of Netanyahu; be it the issue of expansion of West Bank settlements or the opposition to Palestinian State, the new government walked the Banjamin's way. There were hopes that the new governments in the USA and Israel will seriously think over the crisis in West Asia but nothing changed.

In a report released last week, the UN Commission set up for the Israel-Palestine conflict reiterated that Israel wants ‘complete control’ of the land owned by Palestinians. Israel has been occupying Palestine in bits and pieces after its initial occupation in 1967. The Commission also highlighted that Israel has been “acting to alter the demography through the maintenance of a repressive environment for Palestinians and a favourable environment for Israeli settlers”.

This is certainly not the first report by an intentional human rights entity or watchdog underlining the Israeli zeal to occupy areas inhabited by Palestinians. Any individual with an elementary school learning of geopolitics understands that it is not Israel that itself is the central power working behind the redundant mission to occupy Palestine, rather the source of power lies in the West, especially in the USA. The world knows that the policies of Washington DC are largely made on the streets of Tel Aviv - this is how mighty the Jewish lobby in the USA is! From corporate to politics and from academia to cinema, the Jewish lobby dominates almost every field in the USA.

If truth be told, the USA was one of the very first countries to publicly express its sympathy and tacit support for the Jewish state when it began to be created in 1948. By being the first country to officially recognise Israel, it played cunningly to further its interests in the MENA region. Additionally, it has also provided a few hundred billion dollars as aid to the rogue nation and has provided the very base of its economy by roughly accounting for almost one-fourth of imports and half of its exports.

Another reason behind the failure of back-to-back optics is the acts of the international community, masquerading as efforts to secure the human rights of Palestinians, while most of the European Union nations have strong ties with Israel, mentored by the USA. After all, who can forget that these were the first few nations to recognise the Jewish State within a few months after its creation?

The nation which suffers from ‘Big Brother’ syndrome and is super quick to impose unilateral sanctions on nations itself grossly violates the United Nations Charter and customary international law principle of the inadmissibility of the acquisition of territory by force by supporting Israel and poking nose into affairs of Palestine by use of force.

The Israeli aggression has become graver with the increasing rift between the OIC countries, especially the Gulf nations. The tussle between the Saudi-led block and the Qatar-led group has pushed the Saudi and the UAE closer toward Israel, and the UAE along with a few other nations of the same block even went to the extent of establishing diplomatic ties with the Jewish nations just a few months ago.

The desperation to prevent Iran’s nuclear program and bulwark its dominance in the region has also compelled Saudi Arabia to play hands in gloves with its one-time foe, Israel. Besides, the entire world is aware of the rift between Turkey and Saudi Arabia, preventing the Muslim world to collectively call out Israeli aggression.

Given its geographic position, military might, and intelligence capabilities, Israel has become an irresistible ally for the Saudi-led alliance now. To secure their interests through a common minimum agenda, the nations led by Saudi Arabia have now turned their eyes away from the Palestinian massacre and have buried their heads in the sand like an ostrich to unsee the truth.

Nevertheless, the Israeli aggression of 2021 after which the said UN Commission was constituted has reflected the delay and collective failure of the global community to solve the conflict. Out of many possible ways, the first prerogative for striking a solution to the Israel-Palestine conflict is an outlook entirely based on human rights and not on interests. Through my personal observations and decades-long political career, I could confidently say that interest-based solutions are never sustainable, but human-centric ones certainly are.

Further, the global community should urgently restrict the US from becoming a stakeholder or a party to the conflict, as it has always ignited it and added fuel to the fire without contributing even two cents. The USA should remember the quote by one of its brightest minds Wayne Dyer, who said, “conflicts cannot survive without your participation”.

Most importantly, the world will have to recognise and realise the fact that what has been done cannot be undone in a nuclear-weaponized world. The world should try to establish an environment of tranquility by striking a seemingly perfect equilibrium between the Jewish and the Palestinian people and ensure that Israel keeps guns down, practices a ceasefire, and pledges not to further invade the remaining territory. Peace negotiations can then take place between the two nations, by involving deserving nations as parties to those negotiations.

However, the most immediate requirement is to compel Israel to follow the ‘Fourth Geneva Convention’ by securing the human rights of the Palestinians, especially those trapped in the Gaza strip. Along with the Conventions, it should also abide by the 2004 ruling of the International Court of Justice that asked it to protect the rights of the citizens of Palestine under its occupation as per humanitarian and human rights law.

Conclusively, the global North should come out of hypocrisy and stop defending Israel and refrain from giving it shelter and refuge to keep abusing the human rights of Palestinians under the Sun and ensure deniability at the same time. The North needs to own accountability as well as make the Jewish nation a state accountable for its actions.

It is high time for the world to ask itself: has it done enough for the human rights of Palestinians? Has it handled the situation efficiently and with integrity? It is indeed a time to introspect and ponder over what Ronald Reagan had once said: “Peace is not the absence of conflict; it is the ability to handle conflict by peaceful means”.