Platinum jubilee: The Queen of our times

Platinum jubilee: The Queen of our times 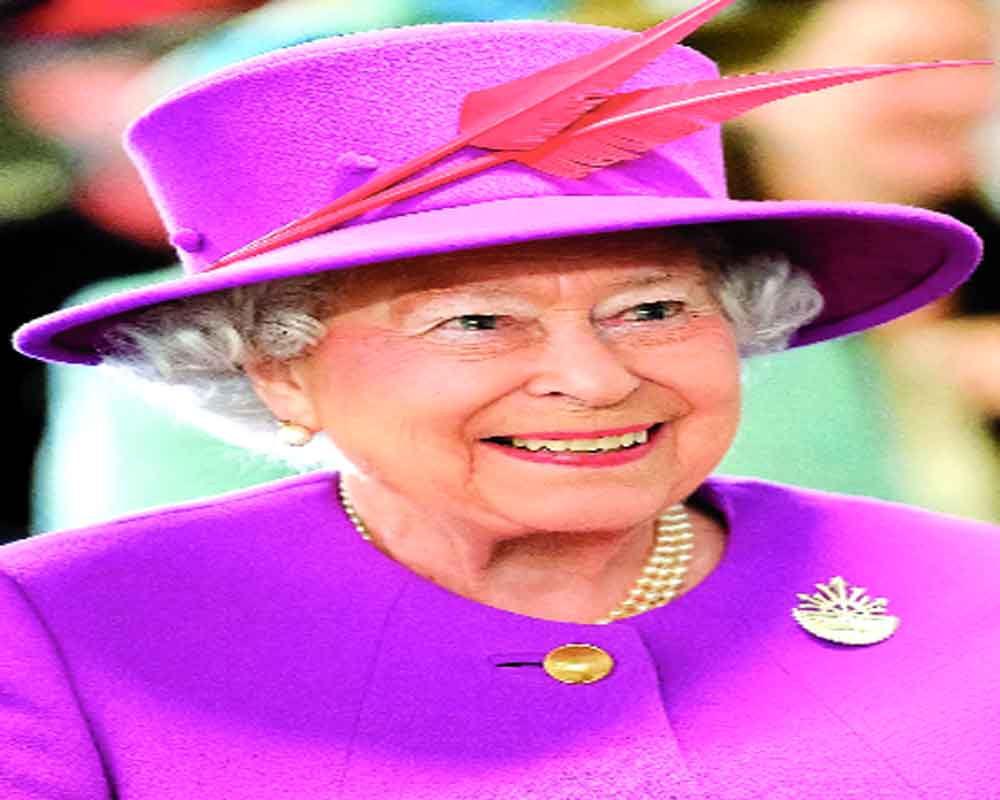 ‘Throughout my life and with all my heart, I shall strive to be worthy of your trust'

Why are Indians curious about the British Royal family even after India's Independence? We know the nursery rhyme from our childhood times, "Pussy cat, pussy cat, where have you been? I have been to London to look at the Queen." Then TV series like 'Crown" and "Jewel in the Crown" also revived the memories of the colonial past. English is still the lingua franca of the Indian elite.

The Queen's connection with India has been long. The Nizam of Hyderabad presented her with a diamond tiara made by Cartier as her wedding present. The famous Kohinoor diamond is sitting in her crown. India, projected as a 'jewel in the Crown' by the British, held a special place in the post-colonial world.

The Queen has visited India thrice during her long reign. People had lined up on the streets (including me as a child ) to greet the Royal couple. Her children, including the future King Charles, are also familiar with India through their visits.

It is time to look back on when Britain celebrates Queen Elizebeth's Platinum jubilee to mark her reign from June 2 to June 6. The Royal couple's maiden visit was in 1961 at the invitation of the then President Dr Rajendra Prasad. They visited Bombay (now Mumbai), Madras (now Chennai), Jaipur, Agra and Calcutta (now Kolkata). They were also the guests of honour at the Republic Day parade. The Maharaja of Jaipur had even organised a tiger hunting session for the royals.

Their second visit was in 1983 at the invitation of President Giani Zail Singh. This time they stayed at the refurbished wing of the Rashtrapati Bhavan. The TheQueen presented Mother Theresa with an honorary Order of Merit. The Queen also visited the historic Red Fort. She was 'carried' in a mock palanquin built without a bottom to avoid the possible embarrassment of an accident with the royal passenger.

The third visit was in 1997 to mark the 50th anniversary of India's independence. The Royal couple were to visit Amritsar, but many protested against the Jalianwala Bagh massacre. The trouble began even before the Queen landed on Indian soil. In her state banquet address, the Queen admitted, "It is no secret that there have been some difficult episodes in our past - Jallianwala Bagh, which I shall visit tomorrow, is a distressing example". On the next day, October 14, the Royal couple went to Jallianwala Bagh, where she bowed her head and placed a wreath at the memorial, but the protests continued.

The Queen was also a gracious host to three Indian presidents in 1963 (Dr Radhakrishnan),1990(R.Venlataraman), and 2009 (Pratibha Patil).

One of the most recent events was Prime Minister Narendra Modi's visit in 2015. He presented a crocheted cotton lace sent by Mahatma Gandhi as her wedding present. He also gave the photographs taken on the 1961 visit and some exclusive tea from the Makabari Estate in Bengal.

England will celebrate the historic Platinum Jubilee event this month with much fanfare. The celebrations will begin with Trooping the Colour on June 2, the traditional parade to mark the Queen's official birth. On June 3, she will attend a thanksgiving service at St. Paul's Cathedral. June 5 will see the London-based Platinum Jubilee Pageant. Seven Indian authors, too, had made it to the Queen's 'read list' for the Platinum Jubilee. The list includes R.K.Narayan, Arundhati Roy, and V.S. Naipaul. Kamala Markandaya, and Raj Kamal Kha.

Buckingham Palace has released a press statement giving some little-known facts about the Queen. She has met 14 presidents of the United States, and14 British Prime Ministers have served the Queen.

She has visited more than 150 countries, hosted 100 state visits, and sent over 300,000 congratulatory cards to those celebrating their hundredth birthdays. She does not need a passport or driving licence as they are issued in the Queen's name. In keeping with time, she sent her first email in 1976.

Many doubted whether she would pass on the crown to her heir Prince Charles. Breaking her silence, in her Platinum Jubilee national message, the Queen said," and it is my sincere wish that, when that time comes, Camilla will be known as Queen Consort as she continues her own loyal service."

Even those against the monarchy respect the Queen.   In a radio broadcast at the time of her coronation, the Queen said, "Throughout all my life and with all my heart, I shall strive to be worthy of your trust". She has lived up to this promise.