Poisonous tobacco products must be made unaffordable

Poisonous tobacco products must be made unaffordable 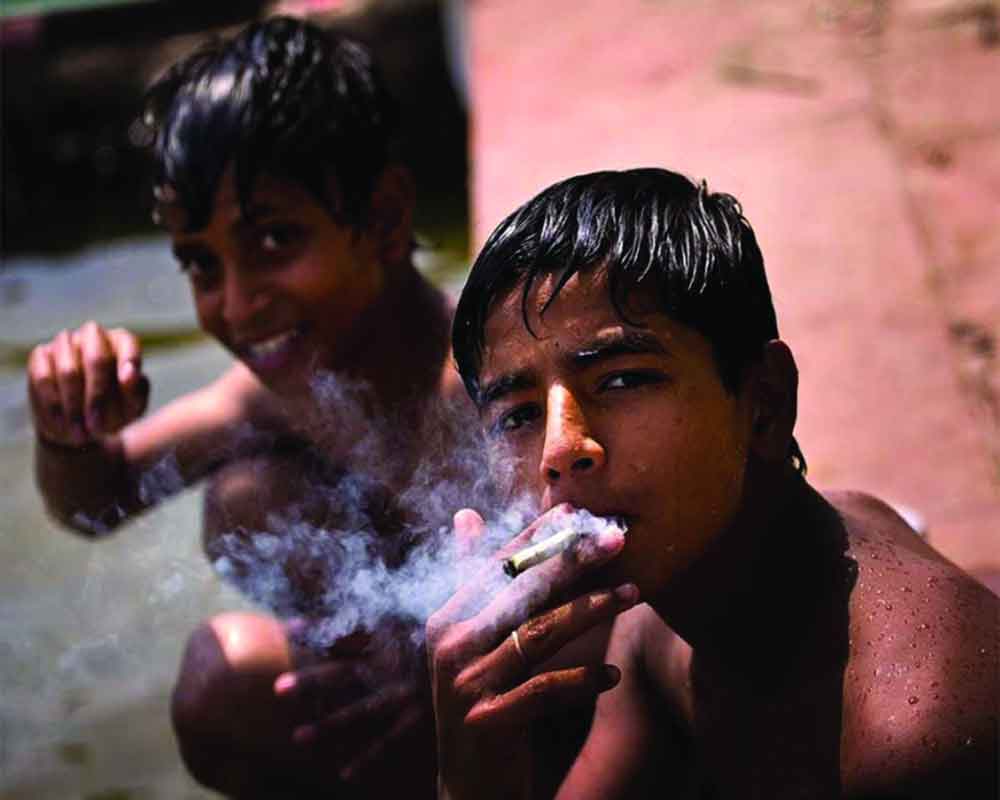 The sale of ‘sin products' needs to be limited and kept out of reach of the maximum number of citizens, especially teenagers

Tobacco consumption is a menace that is worse than the current Covid019 pandemic and causes innumerable fatalities.  Both Finance Ministry and GST Council appear to have overlooked the causes of this malady despite representations by civil society organizations, Members of Parliament, the medical fraternity, state representatives, Ministers and citizens.

There have been no major tobacco tax increases after the GST council placed tobacco products in the 28 per cent bracket in 2017. The option of tax increase on tobacco products gives the government a golden opportunity to raise badly required finances. Remember, lower taxes increase the affordability of tobacco consumers, especially teenagers and children. The Union Government has the option of hiking the excise duty and NCCD in the annual budget while the GST Council can increase the cess. This will ensure India has optimal tobacco taxation as mandated by WHO.

A submission to Parliament mentioned that a small excise duty hike ensured tax collection of Rs 4962 crores. This proves the point that raising excise duty and calamity duty substantially in the coming budget can fetch a handsome revenue.

The costs imposed on our society and our economy, both direct as well as indirect, have been huge. India has over 27 crore tobacco users today and the consumption of tobacco kills more than 13 lakh Indians annually. At a global level, eight million deaths are reported people every year. Overseven million deaths are due to direct use of tobacco while the rest are caused by passive smokers exposed to the poisonous smoke. As per the data of GYTS (Global Youth Tobacco Survey) in 2019, nearly one-fifth of the students aged 13-15 have used any form of the tobacco product (smoking, smokeless, and any other form) in their life.  Clearly, consumption of tobacco isnot just about one's health at the individual level, but a societal problem we face nationally.

Tobacco taxes and, therefore, the prices have to be increased regularly, so as to significantly reduce the affordability over a period of time. This was the practice in the pre-GST era with additional options of the states adding VAT. Tobacco taxes and prices have not been increased enough over time to reduce the affordability of these products resulting in more numbers of consumers getting addicted. A long, four-year gap of no tax increase has tobacco companies share prices soaring on the one hand, and on the other, we see rampant consumption leading to more deaths and spread of dreaded diseases. The tobacco industry may have its reason to look the other way, but the government has no such option.

The annual economic cost from all tobacco products is estimated to be Rs 177.341 crores in 2017-18 amounting to more than one per cent of India's GDP. This will continue to grow in the post-Covid era and the next GATS report will surely point out the alarming rise of casualties. In a country like India, an estimated 1.3 million deaths are accounted for by tobacco abuse. As per WHO data, the most common way tobacco kills isthrough cardiovascular diseases (CVDs) - nearly 4,49,844 deaths such deaths occurred in India as of 2018. The high prevalence of non-communicable diseases due to tobacco use is posing a huge challenge to the country's response to Covid-19 management, amplifying India's health burden in such difficult times.

It is time that the Finance Ministry launches a multi-pronged attack for the social cause of tobacco control by increasing taxes on tobacco products both in the annual budget and also in the GST council to wipe out the gap of the last four years. Doing this social good will not raise any eyebrows and citizens will welcome it for reasons of public health.

I am sure that the listening posts in the Ministry will convey the right message to the Minister and also work out the modalities of tax rationalization which mandates that a sin product sale needs to be limited and citizens be protected. We are especially talking about children and teens who are major contributors to our economy.

A resilient healthcare system as an outcome will emerge that complements our 'Atma Nirbhar Bharat' mission, which not only focuses on revival of the economy but also on overall improvement of the health of our citizens. To mark the National Youth Day which has the theme, 'SakshamYuva, Sashakth Yuva', by making tobacco products unaffordable we may save the young generation from this deadly product and make them healthy and aatmanirbhar.

(The writer is a medical practitioner and Member of Parliament, Lok Sabha. The views expressed are personal.)