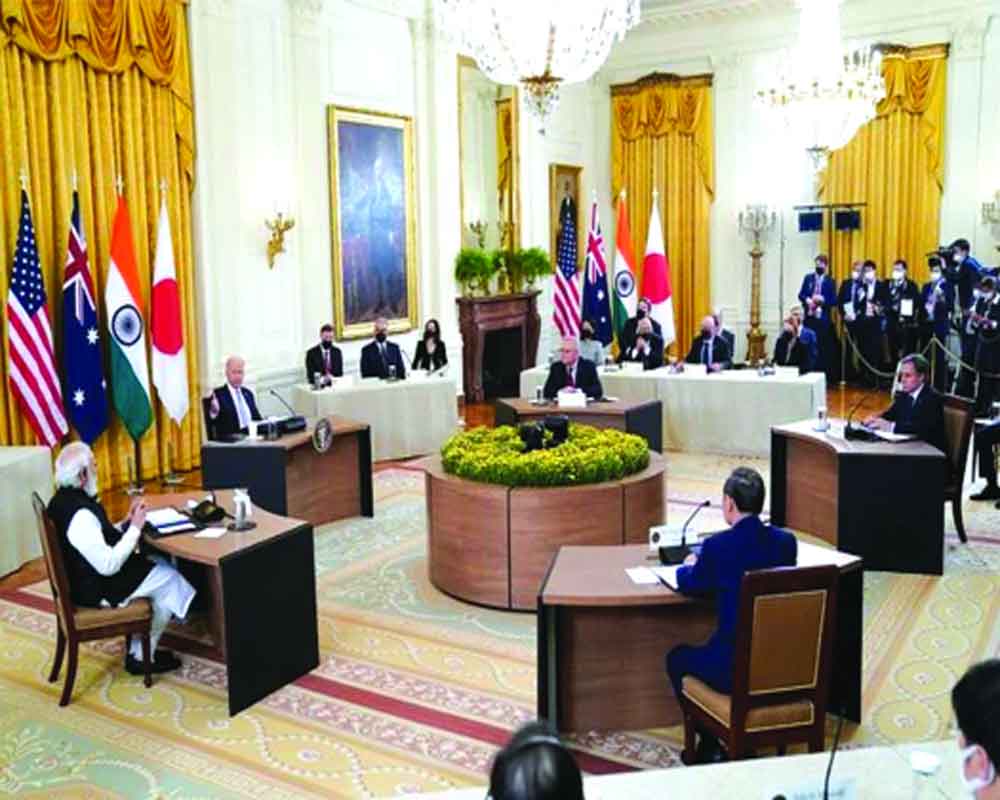 Prime Minister Narendra Modi was in Tokyo for the second in-person QUAD leaders' summit. He had bilateral discussions with Prime ministers of Japan and Australia and US President Joe Biden. It underscores the importance of the Indo-Pacific as the external strategy of the QUAD members. The apprehensions regarding the US losing focus on this crucial region due to Ukraine stand resolved. This group of 4 nations, though not a military alliance, shares common threat perceptions from China. Australia had pulled out from the group in 2007 as it was then in a tight embrace with China. However, an aggressive China in Australia’s backyard, used military power to expand its territorial controls, forcing the Australians to get back into QUAD. The Tokyo summit saw a mint-fresh Australian Prime Minister Anthony Albanese attending the meeting in person along with his foreign minister. The QUAD political leaders expanded on their targets they had set out in their meetings since March 2021.One important outcome was announcement of Indo-Pacific Partnership for Maritime Domain Awareness(IPMDA). In a statement, the White House elaborated that IPMDA would provide for “faster, wider, and more accurate maritime picture of near-real-time activities in partners’ waters. This common operating picture will integrate three critical regions-the Pacific Islands, Southeast Asia, and the Indian Ocean region-in the Indo-Pacific.”Earlier a senior US administration official had highlighted that maritime arrangement will allow countries “The ability to know what is happening in countries’ territorial waters and in their exclusive economic zones.” This cooperation could be one of the most significant outcomes from QUAD so far as it brings together all the QUAD partner countries together to share the data they collect individually about their maritime resources and far away islands and get a big picture. This data sharing could lead to early warnings for disasters, climate change incidents and most important be the eyes at the largest waterway in the world. It will keep an eye on illegal military interventions, illegal fishing activities and potentially criminal activities using the sea route. The QUAD leaders were categorical in stating the purpose as nonmilitary but at a level of sharing surveillance data amongst the coast guards.Any analyst would be able to pinpoint the actual reason behind this initiative is to contain China’s aggressive illegal occupations and economic activities in many of the islands in the Indo Pacific region.

It is a shared concern for India, Australia and Japan. However, increasingly it has been a major issue of conflict for several countries in South and Southeast Asia which have felt bullied by China. The QUAD decision to make the shared data “unclassified” and therefore open for any country in the region, makes IPMDA an inclusive framework. The focus is on identification and working on cutting edge future technologies to collect the data and make it most meaningful for users. This could make QUAD a unique partner for many countries in the region, as they could fall back on QUAD data and intelligence for securing their maritime economic interests and prevent criminal activities in their backyard.  Another key aspect of the recently concluded QUAD summit was the focus on cyber security vulnerabilities faced by each nation and sharing of information between the Computer Emergency Response Teams (CERT). It was also stated that “the Quad will improve software and Managed Service Provider (MSP) security by coordinating cyber security standards for Quad Governments’ procurement of software.” This should create a common framework for governments in each of the 4 nations to be effective in case of cyber-attacks on their critical infrastructure.