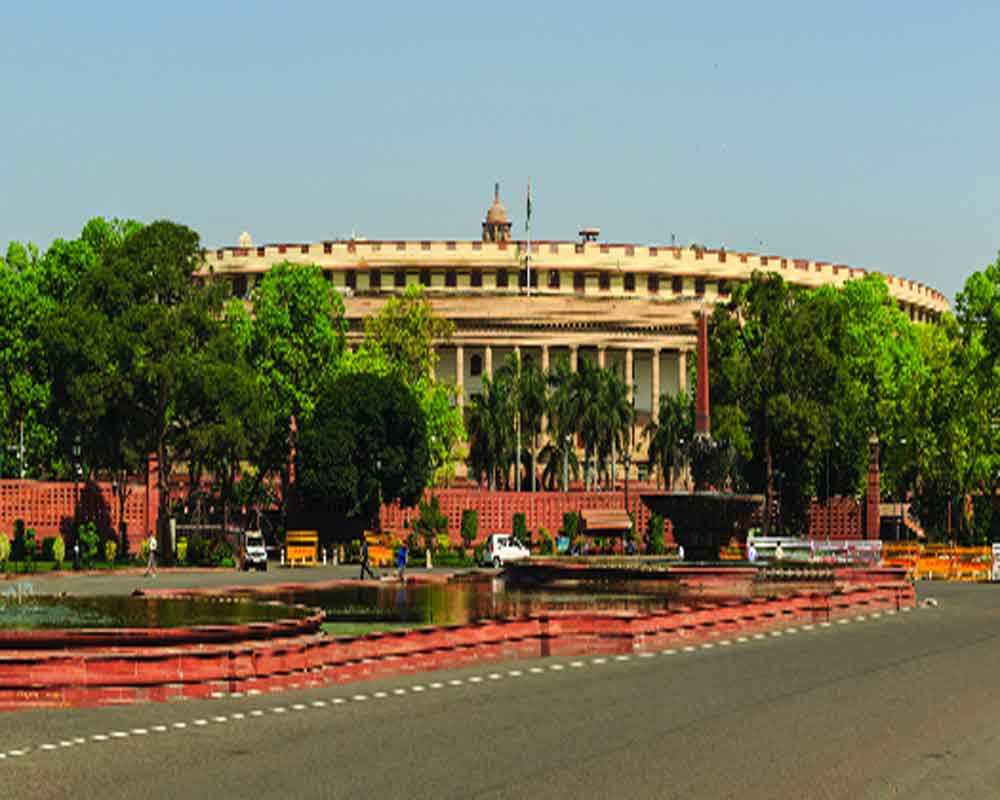 The regional parties may gain more than the two national parties, the ruling BJP and the Congress, in elections to the Upper House

The composition of Rajya Sabha will soon mirror Lok Sabha giving an advantage to the ruling BJP. But it will not gain the majority yet. Stakes are high for the BJP and the opposition parties because of the upcoming Presidential and vice-presidential polls in June-July. Any changes in the composition of state assemblies will impact the Rajya Sabha, the House of Elders.
The House will witness several changes after the upcoming biennial elections for 57 Rajya Sabha seats and two bye-elections on June 10. Some retiring members might come back, and others may not. The regional parties may gain more than the two national parties - the ruling BJP and the Congress — after the biennial polls.
The regional satraps rule several states like West Bengal, Telangana, Andhra Pradesh, Odisha, Delhi, Punjab, and Tamil Nadu. The last three states are coalition governments. The young Aam Aadmi Party (AAP) ruling Delhi and Punjab has been the biggest gainer in the Rajya Sabha biennial elections. It won five seats, with which its strength in the House has gone up to eight. The regional parties might increase their tally to 27 from 25 seats out of the 57.
Secondly, during Prime Minister Narendra Modi’s first term (2014-2019), the Congress-led opposition was strong and created hurdles for most bills. The BJP, which had just 47 members in 2012, has touched three digits. The numbers changed in Modi- 2-0, enabling the Government to push through many contentious bills, including the abrogation of Article 370 and the trifurcation of Jammu and Kashmir.
Of the 59 members retiring, 25 belong to the BJP, while its allies, the Janata Dal (United) two and AIADMK, three. The shrinking National Democratic Alliance (NDA) has 31 seats out of the 59. It will be challenging for the NDA as it will likely lose 7 to 9. As far as other parties are concerned, the Samajwadi Party has three, the Biju Janata Dal four, the Bahujan Samaj Party two, and the Telangana Rashtra Samiti three. In contrast, the YSR Congress, the Akali Dal, and the Rashtriya Janata Dal have one each.
In Andhra Pradesh, the BJP will lose the three it currently holds out of the four seats going to the polls. The YSRCP’s sweeping victory in 2019 means it will gain all four seats. Similarly, the Telangana Rashtra Samiti (TRS) will gain both seats going to the polls. Biju Janata Dal (BJD) will continue to hold all three seats. In Bihar, the Rashtriya Janata Dal (RJD) will improve its tally from one seat to two, and AAP will win both the seats in Punjab that Congress and Akali Dal previously held. The Jharkhand Mukti Morcha (JMM) has offered one seat to Congress, held by the BJP.
Thirdly, the Congress Party, the main opposition since 2014, could shrink further. Electorally, the Congress Party has not recovered from the jolt it received in 2014 and 2019 and has lost one state after the other since then. Its tally in Rajya Sabha will dip further after the forthcoming biennial elections to the Upper House. The party will get zero seats in Andhra Pradesh, come down in Rajasthan from 4 to 2, and lose one seat each from Jharkhand and Chattisgarh. Moreover, between now and 2024, there will be elections for 65 seats, but Congress’s chances are bleak and its strength will decrease further.
Fourthly, some senior Congress leaders might not get a Rajya Sabha berth due to the recent Udaipur resolution giving a 50 percent share to the youth in all positions. The tenure of senior Congress leaders, like P Chidambaram, Kapil Sibal, Jairam Ramesh and Ambika Soni, are set to end. Some Union ministers including Finance Minister Nirmala Sitharaman, Commerce Minister Piyush Goyal, and Minority Affairs Minister Mukhtar Abbas Naqvi will also retire. However, they are all likely to come back. The party will be able to accommodate almost all of them after its recent massive win in four of the five state Assembly elections.
On the contrary, Congress’s footprint has shrunk geographically. The party is ruling in only four states-in Rajasthan and Chhattisgarh on its own and in Maharashtra and Jharkhand as a junior partner in the ruling alliance. The party will have zero representation in the Rajya Sabha from 17 states and Union Territories.
Above all, the Rajya Sabha is likely to have a new Chairman if the incumbent, M. Venkaiah Naidu, is either elevated as President or does not get a second term.

(The writer is a senior journalist The views expressed are personal.)