Reboot bureaucracy to make it effectual

Reboot bureaucracy to make it effectual 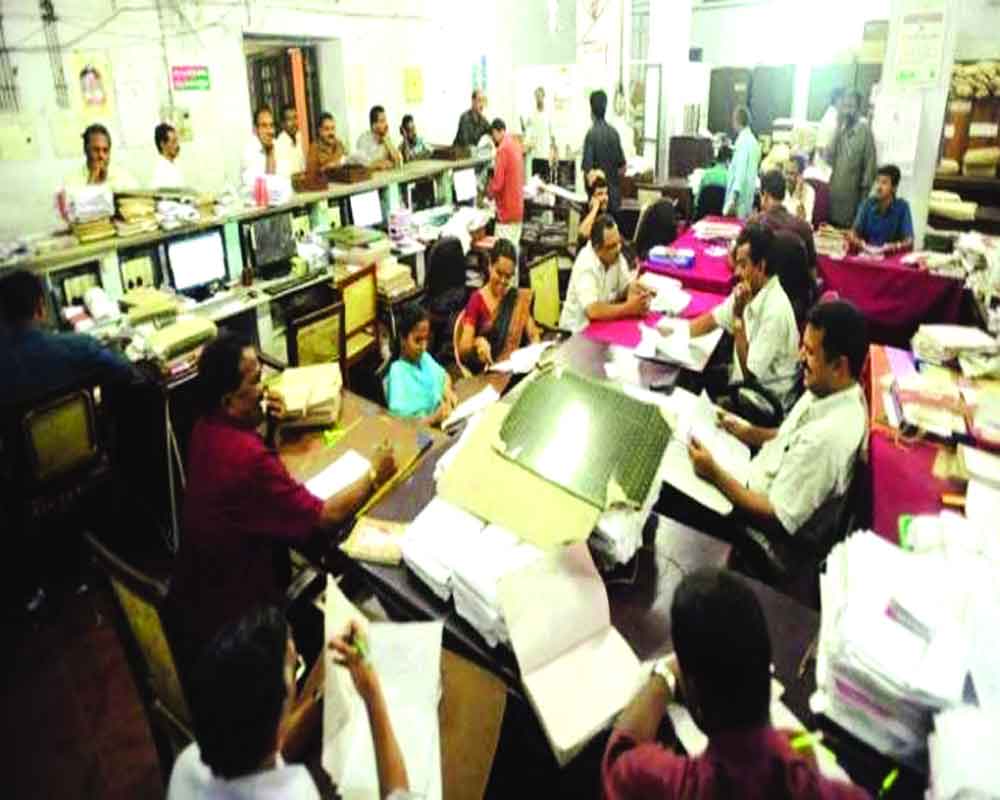 The mantra to make bureaucracy pro-people and proactive is, ‘Refurbish, reform and restructure’

The dilemma perpetual has of late affected the mandarins critically, posing the conundrum worst confounded. Being targeted from most corners as inefficient, corrupt, and negative-minded; Indian bureaucracy has exhibited signs of wilting under the pressure of diatribes and vitriolic sophistry. More so it has prompted both insiders and outsiders to question what ails the bureaucracy.

The incisive comments may not be fair for all the officers, as still, some officers maintain the cardinal virtues of administration like sincerity, honesty integrity, and alacrity but it can't wipe off the smeared image that has engulfed the mandarins labeling that they are seldom pro-people, pro-poor and proactive and as such are a bunch self-centered officers more interested in in-service (plum postings and sundry benefits ) and post- retirement benefits rather than growth of the nation or people.

A little in-depth study would discern that the imbroglio as to responsiveness to people's causevis a vis personal materialistic aspirations has left the civil service at the crossroads. Needless to say that a significant number of bureaucrats are still industrious and sincere but it is revealed that the steel frame has begun wilting under the pressure of unscrupulous aspirations. If merit is relegated to the background and excellence is rendered unexpected or unwanted by the own senior tribesmen i.e the senior officers, then the young lots lose the direction and succumb to bureaucracy's first ever malady which is corruption. As an insider, I have felt that the concept of camaraderie has vanished. No support is forthcoming for the honest officers when needed as unethical ones marvel at others' sufferings!

Not surprised when John Kerry states that Indian bureaucracy lacks internal cohesion. The formation of small power groups at the highest level has left the young ones in quandary.

With fast changing societal values, and intrusion of materialistic aspirations-driven visions, the standard (especially moral) of administration has seen many a subversion (paradigm shift from value-based administration to vice-imbued governance). The result is that the cardinal principles of administration like honesty, integrity, sincerity, etc have started taking the backseats. It is astonishing that even some young bureaucrats are falling prey to the lures of material comforts and lucrative postings.

The intricate social calculus and material morbidity have also come to affect young mandarin minds. The most deplorable aspect is that some young officers are starting their careers with a touch of corruption, whether in form of malfeasance misfeasance, or nonfeasance. Then who is responsible for this unhealthy and insalubrious trend?

A tryst with the prevailing conditions would reveal that the bureaucracy has to squarely take the blame for losing its sheen. Some of the senior mandarins have forgotten the golden commandments of ethics of civil services and at the same time have ceased to be the philosopher, guides, and pathfinders for young entrants. The Achilles heel is exposed. Multiple factors like lack of appropriate and relevant training so as to adapt to changing circumstances, lack of proper posting policy, absence of the concept of reward and punishment, the role of political dynamics and power, and materialistic aspirations are responsible for its denigration.

Attitudinal /emotional ramifications and skewed cognitive perception held by some of the senior bureaucrats have resulted in its distorted image projection on the silhouette of societal expectation. The paradigm shift (negative) ushering in the attitudinal crisis and perceptional blunder associated with aspiration for material comfort of bureaucracy have already witnessed the rust and wilt in the steel frame.

Though easier to tell than to give effect to it, it is time for the bureaucracy to mend itself to return to the golden era and rewrite the saga of its own glory. A little change in mindset can usher in a plethora of positivity for the civil services. Other factors would fall in line as nothing deters or hinders a positive mind to initiate a change. The bureaucracy should never forget to understand that they all are functioning in a democracy, where people are the masters however illiterate or simple they might be. Public servants are servitors to serve the cause of people (taking salary money) and never their masters. The sooner mandarins become pro-people, proactive, and pro-poor the better.

The civil servants are appointed to implement laws not hinder them. Yes, when there are illegalities they can raise voices. Sans ego, sans lure for plum postings (and post-retirement benefits) they should work with dedication to salvage the lost glory.

All the sermons or solutions can't be delineated in a short space but as an insider, I want to profess that it is time for the bureaucracy to mold itself for the new role to gain the confidence of the system and of the people. The saying 'bend it like Beckham' from the soccer world may be applied to administration as it may have relevance. It can be said, to bend it to change and change it to perfection. Bureaucracy today should lead again with service to people (sans ego) keeping spatial and temporal aspects in mind.

(The author is a superannuated senior IAS officer. The views expressed are personal.)