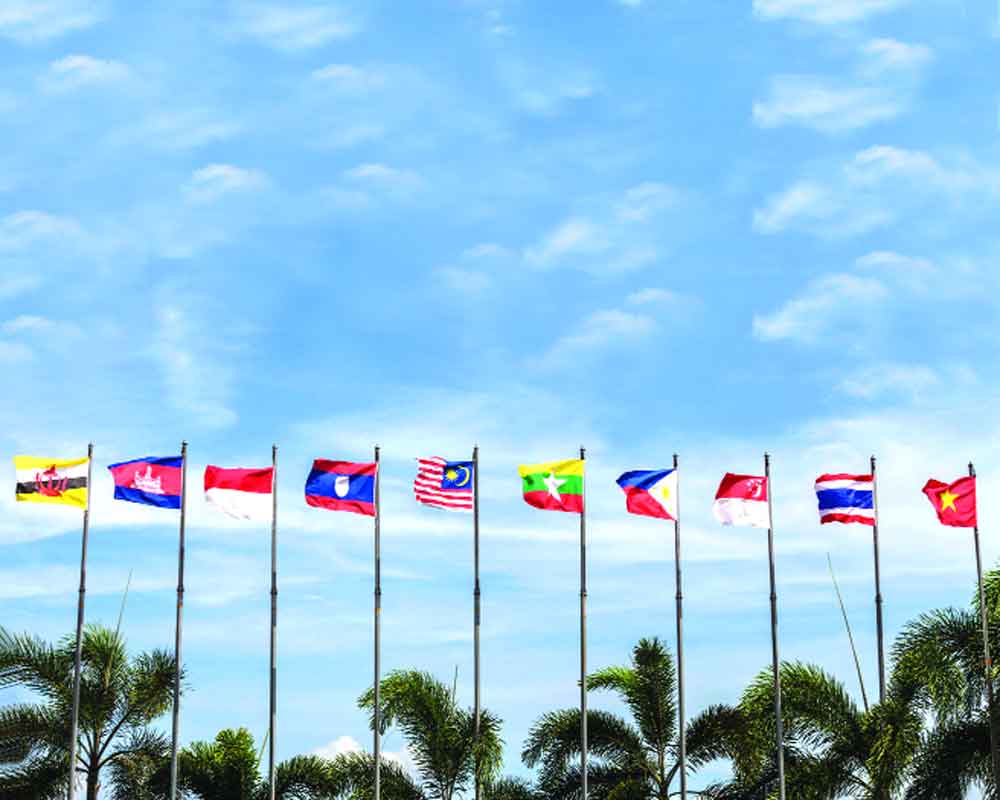 India has to revise its strategy to better bond with ASEAN

US president Joe Biden hosted eight out ten regional leaders from ASEAN in Washington this week. This comes ahead of the President’s travel to Japan and South Korea later this month, followed by QUAD leaders in person summit in Tokyo. What it certainly points to, is the importance of the Indo-Pacific in US’s scheme of maintaining its position as the most powerful economy in the world. Many commentators had assumed that with the war breaking out in Ukraine, posing a direct challenge to the US-led NATO, the focus would have shifted away from the Indo-Pacific. However, it seems the US for now has decided to focus simultaneouslyon two most volatile regions of the world.  ASEAN nations represent the crucial link between Indian Ocean and the Pacific coast. It is also a hotly contested market in the overarching US-China tango. However, China definitely seems to have swayed ASEAN countries in its favour, by muzzling in trade relations worth nearly $700 billion annually, which is almost double of what these countries trade with the US. India is another major Asian power that has trade relations with ASEAN,but that is quite small when compared with the US or China trade. This is the situation when India has a free trade agreement in place with ASEAN for the past 11 years.It also comes at a time when India and ASEAN are celebrating 30 years of their strategic friendship and 2022 has been declared “ASEAN India friendship year”.  It reflects an apathy towards the Indo-Pacific for both India’s and US’s foreign and economic policy. Many would have argued that India being a powerful economy in ASEAN’s neighbourhood could have successfully steered the bloc’s strategic decisions away from China. However, the economic relations between India and ASEAN remained much below the projected targets, primarily due to the complementarity of goods and services being traded between the two blocs. India also pulled out of the world’s largest free trade agreement or the regional comprehensive economic pact after nearly a decade of negotiations primarily due to the China-heavy policy framework. Similarly,the US also doesn’t have any significant trade agreements with ASEAN. However, the geopolitical compulsions are forcing India and US to have a relook at their strategies for engaging with ASEAN.

The ASEAN nations raised concerns regarding rising inflation due to high fuel costs,as result of the Ukraine crisis in Washington. They were reminded of the need to pull away from Russia dependence. Like India, many of the ASEAN nations depend heavily on Russia for their defence needs and it may take some years for them to diversify their arms supplies market. India meanwhile is also trying to play major role in the global defence marketplace and a headway could be achieved through a tacit understanding at the QUAD forum.  President Biden would be in Japan later this month for an in-person QUAD meet. This will be close on the heels of his bilateral meeting with Japan and South Korea. There are expectations of concrete announcements coming out of the various work groups constituted under the aegis of QUAD to be made in Tokyo. India has an important role to play during the QUAD summit. It has to keep the messaging intact on its Ukraine strategy and, sensitise QUAD partners on its constant need to maintain a tight-lipped diplomacy on international forums with regard to Russia. On the other hand, India also has to keep its position as an important and inviolablepartner for the US, Europe, Japan and Australia in the Indo-Pacific.