Regulation of Wakfs is a must

Regulation of Wakfs is a must 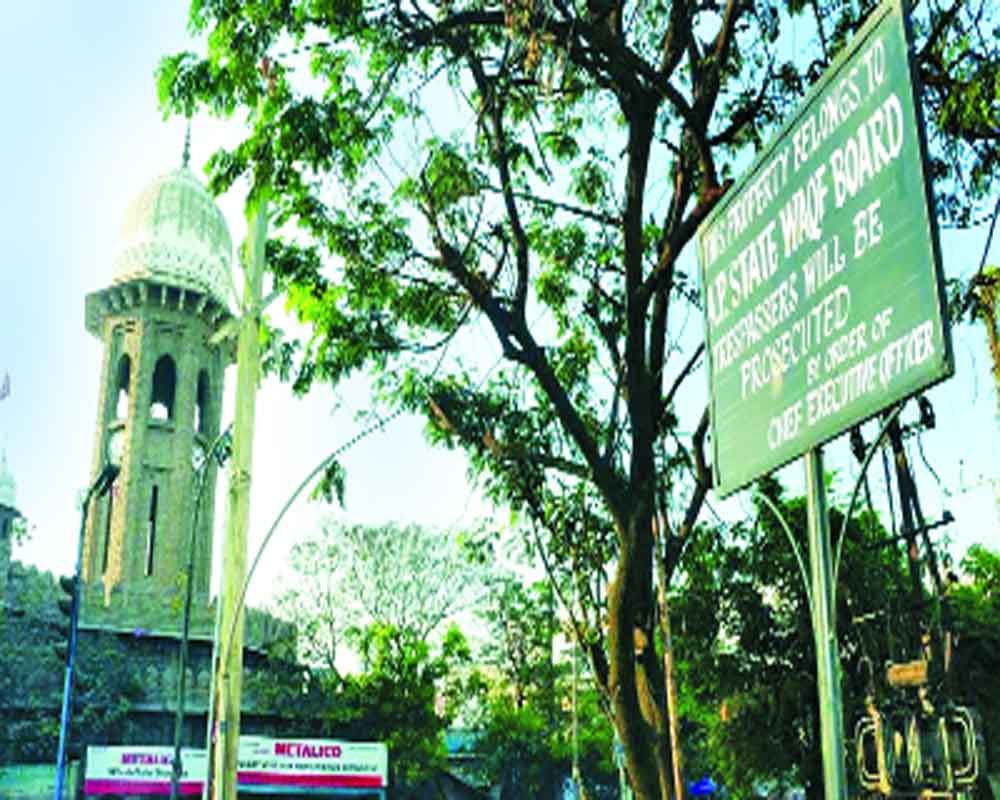 The institution of Wakf is not just about the property; it has political dimensions to it. It operates unregulated and without any monitoring.

The institution of the Wakf makes Muslims the largest urban property owners in India. Accurate figures are difficult to obtain; one has to rely on impressions gained from mutawallis (Wakf managers) and conjectures by civic officers. Nevertheless, some estimates are startling. Like, over half the land in Jaunpur belongs to Wakfs. Nearly all land on the hillocks of Kannauj is Wakf territory. Ahmedabad, according to a mutawalli in the Jamalpur locality, is some 13 per cent Wakf-owned. Kolkata exceeds 5 per cent and Patna 8.

Asaf AA Fyzee, former Chancellor of Jamia Millia Islamia in his Outlines of Muhammadan Law (OUP, New Delhi, 1999) says: "Wakf is a permanent foundation for a religious object; the corpus belongs to God and cannot be consumed". The religious motive is the origin of the legal fiction that Wakf property belongs to Almighty God. It is a harbinger of economic ruin, best indicated by the phrase "Dead Hand". The word Wakf means detained or the dead hand. In India now, most Wakfs belong to wakifs (founder of a Wakf) family, children, and descendants.

But the issue of Wakf is not simply economic. Wakfs are first and foremost, a political issue. Most states have their own Wakf laws and the Centre has almost always had an overall law operating; the last one was the Wakf Act 2013. There is little monitoring that should accompany the governmental recognition of any institution. Nor is there an all-India list or census of the tens of thousands of Wakfs, including unregistered ones. For example, even a grave that is not in use can be claimed post facto as a Wakf so long as the land has a grave.

Fyzee informs us that tangible items too can be part of Wakf including cattle, agricultural implements, the Quran, horses, camels, swords, et al. Yet, all Wakf property stands in the name of Allah, according to what the Wakf Enquiry committee of 1975 said. If the involvement of Allah by an Indian committee is legitimate, how did Muslim countries like Egypt, Turkey, Algeria, and Morocco abolish their Wakfs? Also, can any secular state be a guardian of Allah's property? One must bear in mind this was not a historical legacy but a recent inquiry committee that led to the passing of the Wakf Act.

Wakfs in India enjoy impunity above all laws. No other legislation can interfere with a Wakf. The Urban Land Ceiling Act can apply to all urban centres but not Wakf properties. No other religion or community enjoys such privilege. The Hindu undivided family may be good for a separate income tax file but has no other advantage. Nor do Christian, Parsi, or Jewish communities have any similar privilege, a glaring instance of communal discrimination.

Wakf has its origins in conquest and plunder. Sir William Muir's biography of the Prophet (London, 1894; page380) based on original Arabic sources says: "The plunder of Kheibar 628 AD was rich beyond experience. A fifth was, as usual, set apart for the Prophet's use. The remaining four-fifths were sold, and the profits, according to the prescribed rule, divided into 1,800 shares, being one for a foot soldier and three for a horseman. The villages and lands were disposed of in another way. One half was reserved for Muhammad and constituted thereafter a species of crown domain". The roots of Wakf lie in an exhortation by Mohammad for contributions toward jihad.

Wakf soon developed into an instrument of aggression. Professor Joseph Schacht of Columbia University in his Introduction to Islamic Law (Universal Law Publishing Co., Indian reprint, 1997) writes: "The Wakf has one of its roots in the contributions to the holy war which Muhammad incessantly demanded from his followers in Medina".

Many Muslim countries have modernized their laws including the abolition of private and family Wakfs. Turkey, Syria, Lebanon, and especially Egypt are examples.  Most governments resented the Wakfs because they tended to be a law unto themselves. But in India, they continue to remain outside the purview of taxation, municipal regulations, and even the pro-poor Urban Land Ceiling Act.

After Independence, India abolished the zamindaris and jagirdaris, as well as princely states. There cannot exist any competing centres of power in Indian territory, they are a threat to the sovereignty of the Indian state. Wakfs were created on land conquered and confiscated from the then resident owners, mostly Hindus.

As the largest owners of urban and in India, the Wakfs are virtually a state within the state. They are a base for the ulema to promote their separate identity, also providing them income and security. The latest claim made over the TajMahal is a classic example of how Wakfs can assume an adversarial role against the State, its territory, its tourist revenue and, above all, its sovereignty.  But past governments in India, in the thrall of the vote bank, have been unwilling to act against them. Pakistan was a secession, but it was called Partition merely because it took place on the eve of India's Independence. Do we want another such consequence?