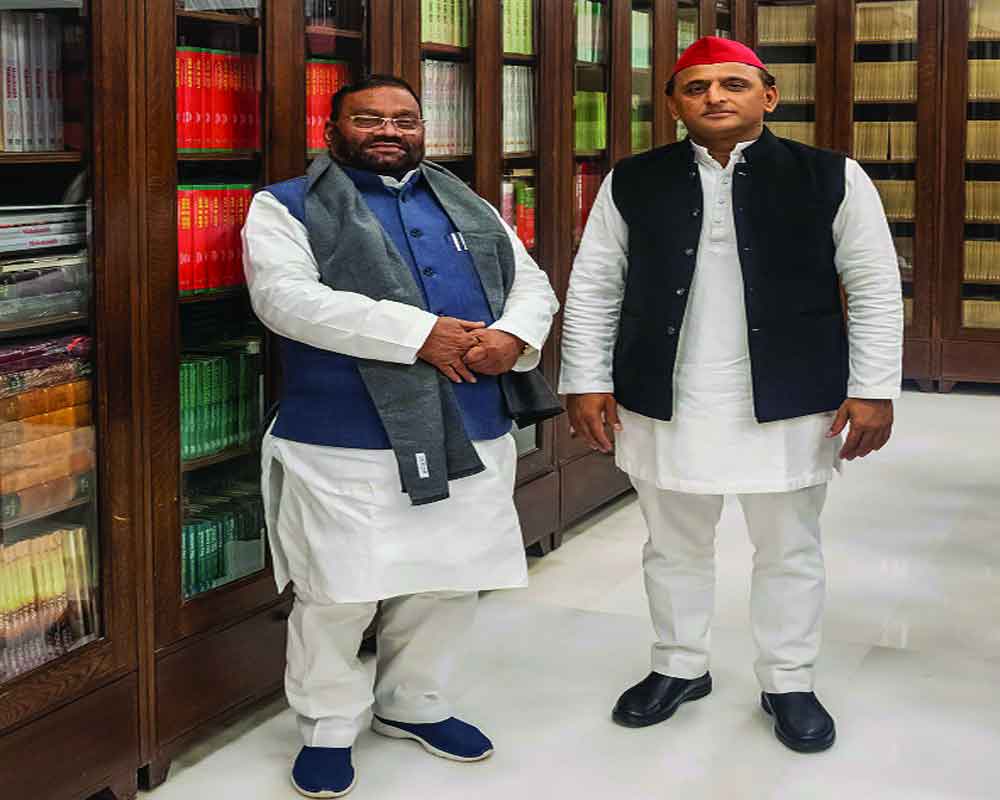 The game of UP’s throne is getting exciting by the day, and the Opposition is thrilled

With just about a month to go for the Uttar Pradesh Assembly election, scheduled to be held in seven phases between February 10 and March 7, there are significantly noticeable rumblings in the electoral playfield. Three Ministers in Yogi Adityanath’s Cabinet (Labour & Employment Minister Swami Prasad Maurya, Environment Minister Dara Singh Chauhan, Ayush Minister Dharam Singh Saini, besides legislators Roshanlal Verma, Brijesh Prajapati, Bhagwati Saran Sagar, Mukesh Verma, Vinay Shakya, Bala Prasad Awasthi and Avtar Singh Bhadana) have resigned in three days, and there is high probability that they may join the Samajwadi Party in the coming days. In fact, Saini warned the party that “every day till January 20, a Minister and two-three MLAs will resign from the BJP”. So far, a total of 14 lawmakers, including the three Ministers, have signaled their exit from the BJP since the poll schedule was announced on January 8. All the major political parties in the fray in the politically significant State — the SP, Congress, BSP and the AIMIM — are contesting separately and the BJP was hopeful that it would easily breast the tape yet again against a splintered Opposition.

Though Assembly elections are going to be held in five States, seen as a template for the Lok Sabha elections in 2024, all eyes are on UP. Only a few months back, everything was going well for the UP Chief Minister. Backed by PM Narendra Modi, Yogi Adityanath seemed unstoppable and ready to return to power, but sudden large-scale desertions have hit his Government and image hard. The recent resignations have dented the BJP’s efforts at consolidating the Hindu vote, which helped it win in 2014, 2017 and 2019. The formula was built around the BJP’s strategy of social engineering, a concept perpetuated by former general secretary and ideologue K Govindacharya, but it appears to be wearing off now. Needless to say, the recent developments are quite comforting to the Opposition camp, and the satraps would likely enter the humdinger of the electoral battlefield with renewed zest and vigour. Meanwhile, the saffron party would need a lot more than its social engineering formula and development slogans to keep its ship stable and on course. This is where the experience of poll-hardened veterans, including the Modi-Shah masterminds, could come in handy. Alas, time is not exactly a friend of the BJP this time.