Rule of the gun

Rule of the gun 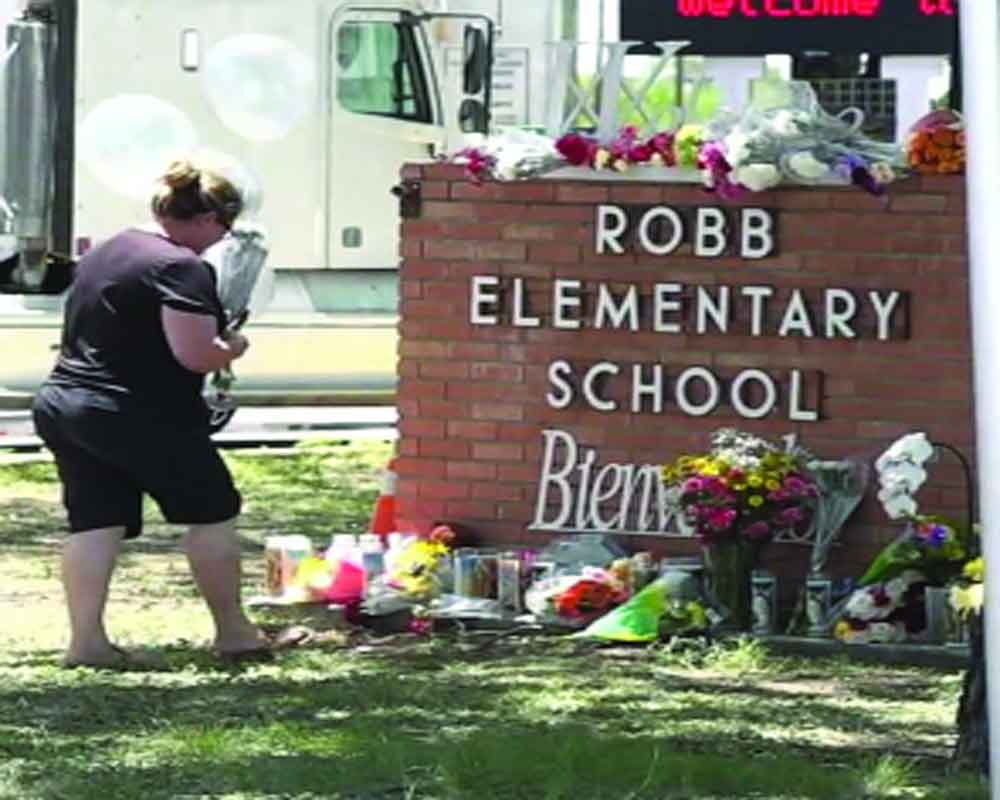 The American myth is turning on itself. Pet phrases, like the “world’s policeman” or the post-9/11 “world’s soldier”, are boomeranging. A larger-than-life portrayal of the American Marine in Hollywood and addictive video games has acquired bloody connotations. The American “Special Operator”, who is the quintessential symbol of the “American way of life”, is the latest Frankenstein. And, it is now happening in Texas, the land of the self-claimed frontiersmen, those buccaneers who still wear cowboy hats and boots and ride horses, the guns and rifles and repeaters completing their macho image. The latest incident of mass killings in Uvalde, Texas, on Tuesday gives Americans a long-overdue wake-up call: The previous mass killers were labelled as Islamist jihadists, white supremacists or right-wing local terrorists. Today’s American killer is nothing of that sort. Mostly male, he is an ordinary citizen with a neighbourly attitude that hides the ghosts of penury or social ostracism, a generally wasted life or a pitiably impaired mental status. The killer, ashamed of his situation, decides to get justice the only way he knows: By the gun. But first, the would-be killer has to get into the role. He chooses the image that hits him from every TV screen, chewing gum wrapper, muscle-building whey tin, and film, in fact from every advertisement in the US: the macho, gun-toting American vigilante. So, he acquires the tactical battle uniform including the hat, vest, gloves and cargo trousers, the toughest ‘costume’ Americans like him swear by.

The “Special Operator” must have thought a lot about the weapon. He chose the DDM4 Rifle, the civilian version of the military’s M4 Carbine. Luckily, the civilian version does not switch to fully automatic; otherwise, more would have died. The AR-15 rifle and 375 bullets must have cost him between $400 and $2000, the holographic sight an additional $700. The killer symbolises the current American fetish for the olive-green-clad American military superman. The world got a hint of such looming disasters quite early in the Donald Trump era as these gun-toting mutants of the Special Ops Forces (SOFs) roamed the country in their pick-ups without purpose other than to advertise their trigger-happy right-wing attitudes. The world remembers the rioters who stormed the US Capitol this January on Trump’s calling, wearing Kevlar and metal helmets and fancy weapons. Such “activists” fired bullets in the air to protest COVID mask mandates. They want to shoot guns and say they love America. The gunman fetish has come out of Waco; it is now mainstream. The armed pretenders are the foot soldiers of right-wing ‘heroism’, settling debts with bullets. The Republicans glorify gun culture; the Democrats make half-hearted attempts to ban it. It is the indifference that is costing that country today. The American mindset needs urgent formatting. It is not just about limitations on guns, but erasing the puffed-up machismo image that makes disturbed people take to guns. It is insulting democratic common sense to insist that owning guns is being liberal.