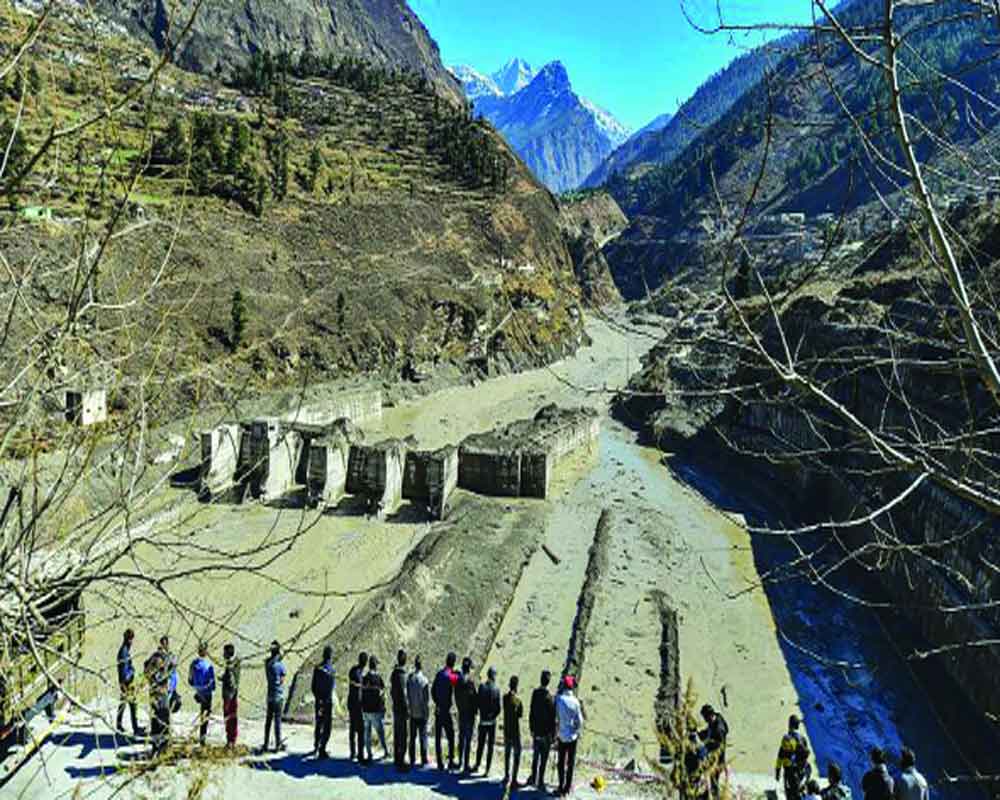 The nation has learnt little from the June 2013 Kedarnath tragedy

Damage to the fragile Himalayas is said to be the reason for most natural calamities and severe heating up of the Indian subcontinent, and even the economic woes. An Indo-US Monsoon study linked the Himalayas to the formation of cyclones up to South Africa. About 10,000 Himalayan glaciers are receding at a rate of 30 to 60 metres per decade; temperatures are rising with road and dam constructions. Around 10.76 million trees were felled between 2015 and 2018 for development, as per a Rajya Sabha answer. Thankfully, the Supreme Court has stayed the chopping of 11,000 trees in Dehradun.

The nation has learnt little from the June 2013 Kedarnath tragedy that wiped out a large chunk of the Himalayas. The cost of damages is difficult to assess but one can get some idea from the fact Uttarakhand allocates one-third of its annual budget to disaster relief.

Aruanachal’s largest Dibang dam will result in felling 2.7 lakh more trees. Uttarakhand is often discussed but the North-East is suffering a lot. It lost about 1.45 million hectares (Mha) of tree cover between 2001 and 2020, amounting to roughly 76 per cent of the country’s total tree cover loss, according to a global study by the University of Maryland's Global Land Analysis & Discovery (GLAD) laboratory, released by Global Forest Watch (GFW).

Arunachal, with proposed 169 hydropower projects, is in the throes of protests against construction of mega dams over Brahmaputra and its tributaries. The All Assam Students Union, which once pleaded for a dam on Subansiri in 1985, now opposes it.

The no-more-dam movement is popular in Arunachal but not effective as far as resisting the projects is concerned. So now comes the world’s largest concrete gravity Dibang dam with 2,880 MW capacity in a fragile region. It would lead to clearing 1,165 hectares of rare, traditionally protected biodiversity forest and home to the Idu Mishmi tribe. Hundreds of families in 39 villages of Dibang Valley will be displaced. Sudden meltdown of glaciers is also probable at the dam site.

The pattern is almost a repeat of Kedarnath. DP Dobhal, a senior glaciologist of the National Institute of Mountaineering, says that expert suggestions were ignored in the new construction.

Floods, landslides, and forest fires are becoming frequent in the Himalayas as reckless road, rail, and dam constructions, tree felling, blasting and tunneling in the fragile hills cause continuous landslides. A Wadia Institute of Himalayan Geology (WIHG) study has found that the landslide-proneness of 51 per cent of Uttarakhand is ‘high’ and ‘very high.’ Local aspirations and big money often lead to undesirable ends.

The recent spate of activities on the higher Himalayas for railways to Karnaprayag and comfort zones for tourism is adding to the problems. Today, most dams have only one-third capacity of power generation.

Another side effect of the projects is hundreds of kilometers of embankment constructions after the Tehri Dam. If the cost of these is added to that of the Tehri Dam, it would be stupendous.