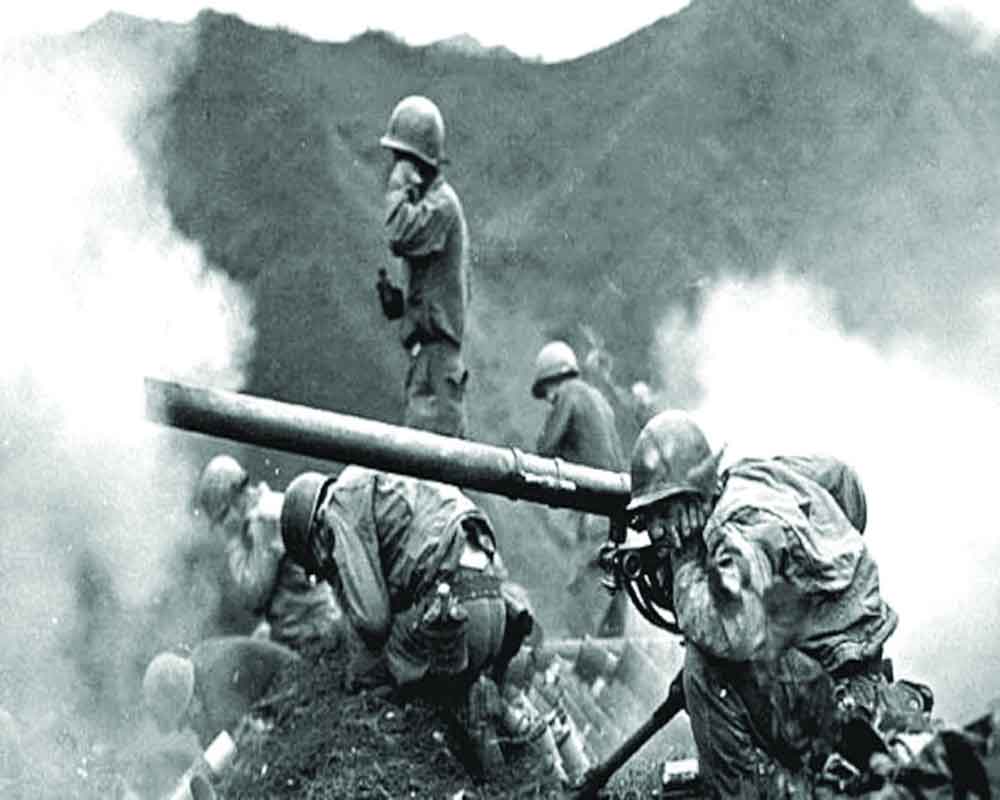 India has two not-so-friendly neighbours in China and Pakistan; though India has moved on, they haven’t

Pakistani rulers suffer from several obsessions; the Olympic torch passing through Srinagar before eventually reaching Chennai is one of many. How unfortunate that so many of their aspiring chess players were denied the opportunity to play on this world platform at the recent Olympiad at Chennai. This was a fleeting whim but now to trade with India is a chronic denial of so many needed items. Why? Presumably to teach India a lesson. Just because India and Pakistan were born simultaneously, in August 1947, Islamabad has taken it for granted that the two countries are comparable if not equal. How presumptuous to believe that a country and its rulers are, more or less, equal to a neighbour seven times larger. What is more remarkable is that India, at least until 2014 when the BJP came to power, also played along with the Pakistani mania of comparability, if not equality. Irritated by this mania, an Indian writer wrote that when a lion treats a rat as an equal, what else do you expect the world to feel? Perhaps take the lion to be a cat! The damage done to India’s image over the years was far greater.

An expert on Strategy: Edward Luttwak years ago innovated the concept of Armed Suation which, if pursued, would make one’s country appear stronger than it was. His favourite example was pre-World War II Italy which was then widely believed to be the most powerful air power in Europe. Foreign affairs become easier to conduct with Armed Suation than without it. The most recent example was that of China which appeared too powerful to be challenged in Taiwan. But when Nancy Pelosi, the Speaker of the U.S. House of Representatives decided to visit Taipei, against Chinese wishes, and did visit, the Chinese government could not do anything to prevent her. But until her airplane landed in Taipei, she attended the required official functions in the city and flew out, there was tension. India, as brought up by the Nehru government, was the opposite. India and Pakistan were bracketed together.

When war came, as in 1947, 1965, and 1999 with Pakistan, the question on most lips was: who would win? Why should there have been any questions? For a Pakistan chess team to indicate to the world in Chennai that Islamabad does not still accept that Kashmir is an integral part of India is a show of defiance. It is the result of 74 years of inaction or weak action. To offer only one blunder of inaction as an example was the Simla Conference of 1972 between Indira Gandhi and Zulfikar Bhutto following the 1971 war. It was settled between the two leaders that the Line Control, that divides Kashmir and its part that Pakistan had gobbled up in 1947/48, would be the international border. There was to be no dispute in Kashmir left after India returned the 93,000 prisoners of war taken in Bangladesh the previous year.

We promptly returned the prisoners but let the LOC be until Bhutto could consolidate his position in his country. He had become prime minister only after the 1971 war ended. If this is how we run foreign affairs, instead of Armed Suation, India would be known for its Disarmed Suation and be pushed about by any of its neighbours and adversaries; not to say that the current government in Delhi is pursuing such a weak-kneed policy. To this day not a single POW has remained in India. The LOC is as it was.

How our government mishandled the China policy from the beginning until 1962 is well known but there was a way out even after all the mishandling. Our officers knew in the first few days that the Indian forces had not been prepared or equipped to be able to cope with either the enemy or the terrain or the cold weather. Moreover, any additional troops that the Army could send up to the mountains were going to be wearing their flimsy woolen pullovers, thin socks, and no gloves and many of the soldiers had no better than canvas shoes. How on earth could such ill-equipped troops fight?

The logic of this situation was to think. Any enemy who wishes to conquer and keep territory would normally launch his attack in spring and not autumn. The Chinese invasion commenced on the 20th of October 1962. The opportunity for India was to withdraw to the plains of Assam where the terrain, the weather, and the clothes would be congenial. The Chinese would have had to occupy the Arunachal or NEFA then hillside through the bitter cold. Meanwhile, our Army would have gained time and got more ready and capable for a spring battle in conditions more of our choosing. But we did not do any of this and were slaughtered flat-footed or were caught frostbitten.