Searching for antidote to communal hate

Searching for antidote to communal hate 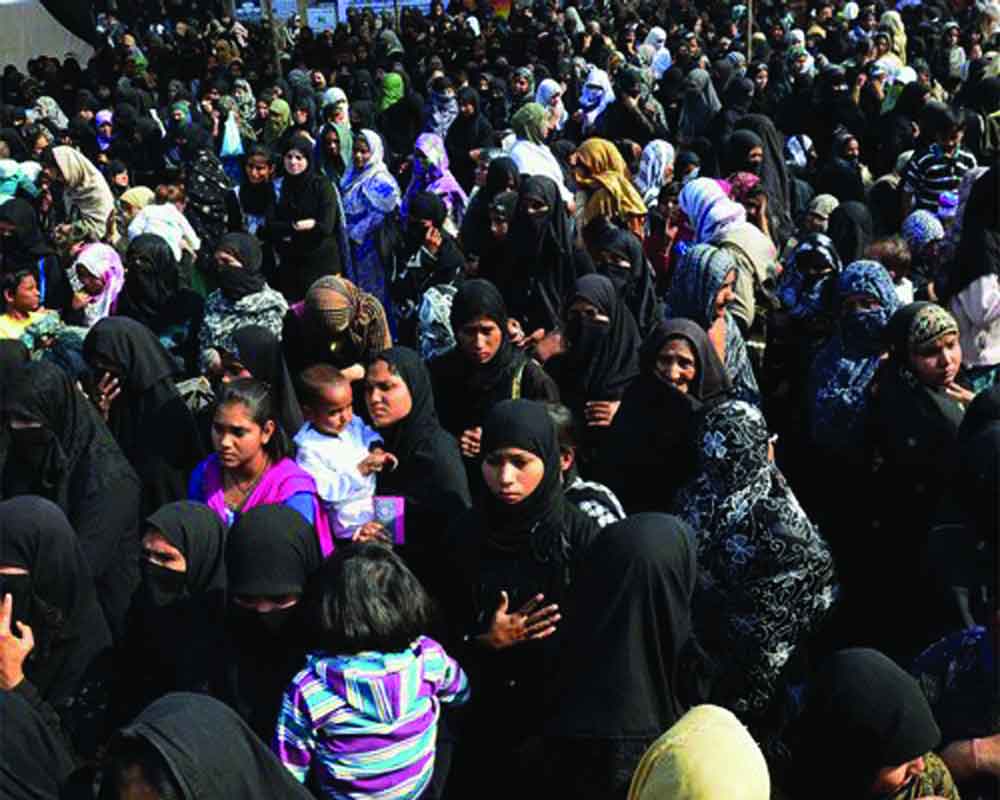 India woke up to the new year with shocking revelations regarding the "Bulli Bai"app targeting minority women in a derogatory and humiliating manner.  The app had misused photographs of a number of Muslim women, including students, prominent personalities, journalists, and social workers. Protests were lodged all over the country. With pressure from human rights and women groups, the Bulli Bai app was blocked by Github. A couple of owners of the Bulli Bai App have now been arrested by the CERT-IN (Indian Computer Emergency Response Team) and currently in police custody.The 'Sulli Deals' App, which was launched last year, had listed Muslim women for 'auction' with photographs sourced without permission and doctored. Its mastermind has also been arrested now. Will these arrests stop this kind of humiliating intent against certain religions, sects, communities, castes, or groups? Certainly not, because these are not one-time or stand-alone crimes. These are the result of organized and sustained hate campaigns poisoning the minds of Indians, especially youth, against minority communities. For last some years, the social media has been extensively used to create platforms and material by these perpetrators of hate.  As per Statista Research Department, most hate crimes during 2015-2019 were targeted at Dalits, followed by Muslims. There have been several reports of Muslims not being allowed to pray in certain places in North India and Christians being targeted on suspicion of being involved in religious conversions. Human rights groups which monitor atrocities against Christians in India have documented the violence by Hindutva groups from all states and released a fact-finding report titled 'Christians under attack in India'. The report released by the Association of Protection Civil Rights, United Christian Forum and United Against Hate at a press conference in Delhi in October 2021 says over 300 such instances were reported from across 21 states, particularly in North India, in nine months of 2021.

The farmers who protested for almost a year were repeatedly labelled as 'Khalistanis' and hate messages against them were doing the rounds on all social media platforms. Various forms of provocative incidences against minorities have been on the rise in the last few years. We keep hearing about the incidences of 'love jihad', 'ghar wapsi' and other newly coined terms to target certain communities.The Supreme Court has agreed to take up a PIL seeking probe into alleged hate speeches at two separate events at Haridwar and Delhi in December 2021. There are messages and videos circulating on social media regarding the atrocities committed on Hindus by Mughals (Muslims) during the Middle Ages. The voices for making India a 'Hindu Rashtra' are getting louder by the day. The hate speeches and hateful actions against any religion can only serve to imbalance the public order and peace in society. Educated young people are debating religion and hate rather than constructive issues for nation building. Do we have a solution? The harrowing trend of communal hatred is likely to meet with retaliation by those targeted in due course leading to destruction of the very fabric of multi-cultural Indian society. As Mahatma Gandhi said "an eye for an eye will only make the whole world blind ".The Constitution of India enshrined and ensured equality and respect for all Indians.  Hate campaigns against any religion, community or sect need to be condemned in the strongest words and strict legal action should be taken against the perpetrators. Politicians, religious and community leaders, and people from all walks of life should come together to oppose hate campaigns. School curricula should have mandatory content on communal harmony so that future generations learn to value of compassionand brotherhood.

(The writer is President, Women's Initiative for Liberation, Growth & Action, a national body working for women empowerment. The views expressed are personal.)