SOME IMPONDERABLES about THE PANDEMIC

SOME IMPONDERABLES about THE PANDEMIC 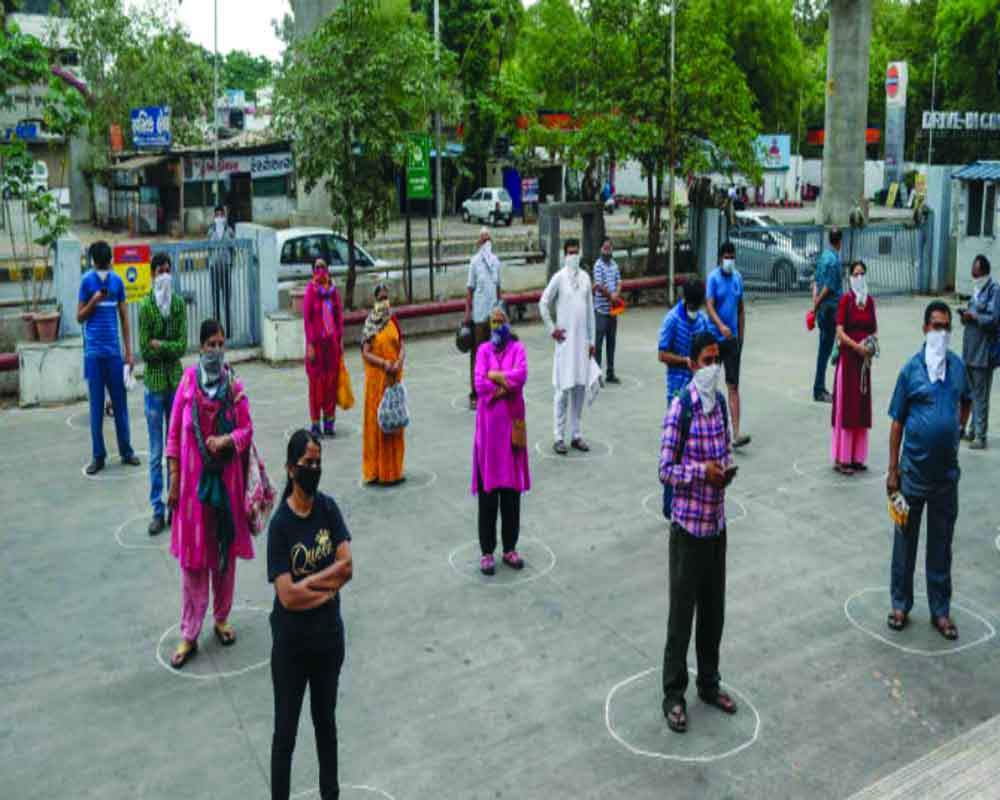 Where does sanitisation begin and where should it end?

Seeking understanding’ is a universal need. Everyone is keen to be understood in the manner in which he believes he ought to be understood. However, understanding is by definition an outcome of a communication process. One can communicate with oneself: that helps to understand oneself. One can communicate with another person: in this dyadic relationship the urge is that one should be understood as one wants to be understood. A third kind of communication can be between self and a group. This is somewhat tricky because each group member may have one’s own vocabulary, one’s own ability to understand and varying spans of attention.  Yet another ‘understanding’ can be sought between one group and another. All told, ‘seeking an understanding’requires here be no gaps between the person who is seeking the understanding and the person who is supposed to respond. These issues become even more complicated in the social context that the pandemic raises. A common theme in the nearly two years of the pandemic has been to ‘reduce mobility’. The pressures of restricted mobility have been so large that orientations of gregariousness on the part of many have largely got stymied. This can and has produced personality disorders. Impatience, frustration and a feeling of suffocation are some of the common manifestations. These aberrations can do more damage than an acknowledged ailment. However, when it comes to impatience, frustration, a feeling of suffocation et al, the response is often in the form of truisms. Typically, it would be, ‘why are you so impatient?’ The truth is, if one knew one was impatient and acknowledged it, it could be handled. More often than not, the person who is being labelled as impatient does not see himself as one. This could lead to a possible communication breakdown between the two persons involved. Similar examples can be made for the feeling of ‘frustration’ or ‘suffocation’.

This has strained relationships and often times even domestic peace. The situation is further compounded by the virus mutations and their impact. Official pandemic restrictions are enforced with the best of intentions. One is limiting the number of persons who can do door-to-door canvasing to five. The logic is difficult to comprehend. It could well have been six or four. This is where the ‘judgement’of the persons who draft the regulations becomes significant. Thus, it is that ultimately, it is the competency for a robust judgement that becomes the touch stone. Regulations which touch mass lives very often have contextual overtones. All in all, these are clearly seemingly simple issues which become more complex when one starts analysing them. Consider the fatigue of sanitising anything that enters a household, ranging from daily necessities like vegetables to more structured dispatches through couriers. The couriers can bring anything from sweets to jewellery; from diaries to documents. The documents might have legal implications and cannot be thrown away. Many have wondered if they deserve to be sanitised. Sanitising them may cause smudging and more complications. Indeed, it can be asked where does sanitisation begin and where should it end? The brittle get more and more anxious and the cavalier more and more nonchalant. In simple terms, either road has its grave risks. These are questions to which a scientific application of the mind is needed. Patience, logic and above all the ability to understand the temperament of the individual becomes necessary. The trouble is the temperament of an individual, be it anxiety or impatience, cannot be helped unless the person concerned is receptive to help. Maybe the answer lies in doing it with love, care, commitment and persistence.

(The writer is an acclaimed management consultant. The views expressed are personal.)