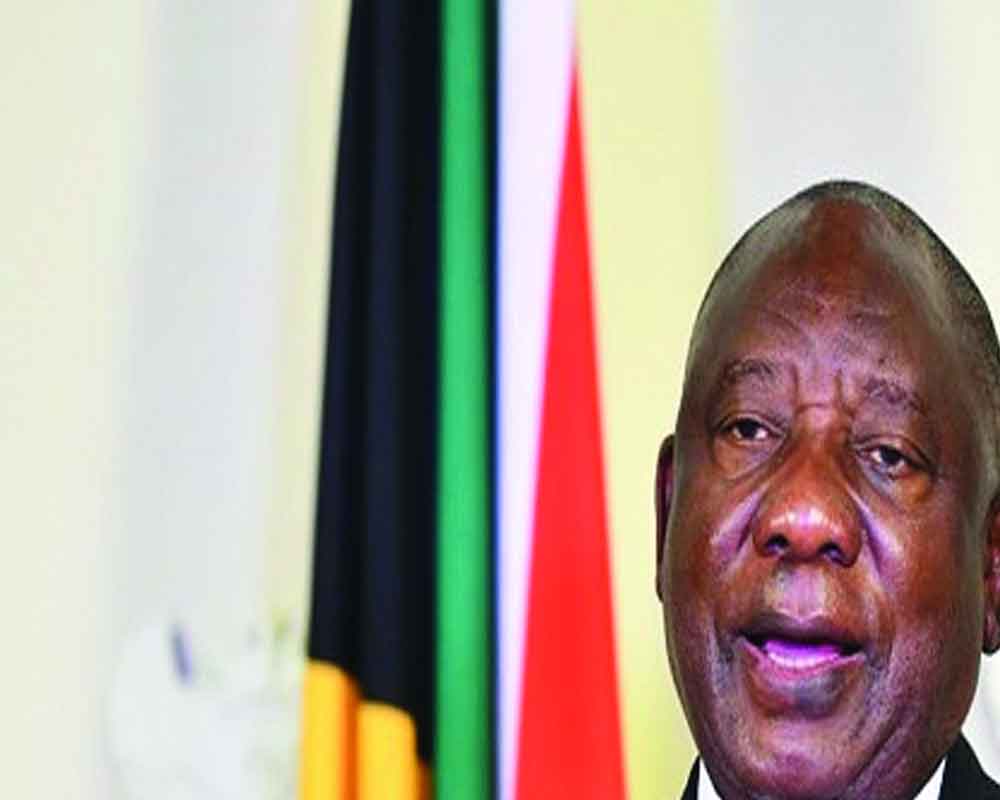 Once upon a time (about four years ago) Cyril Ramaphosa was seen as South Africa’s last, best hope. Since the end of Apartheid in 1994, the leadership of the country’s ruling African National Congress (ANC) had passed from the wise and heroic Nelson Mandela to the intellectual but ineffectual Thabo Mbeki and then to the corrupt and ignorant Jacob Zuma.

But in 2018 the fractured and demoralised ANC pulled itself together, remembered its purpose, and replaced Zuma as president with Cyril Ramaphosa. Hope soared: Ramaphosa had a long record of activism in the struggle against Apartheid; he was a former trade union leader; and he was so rich that he didn’t need to be corrupt. He was the ideal candidate.

For a while it went well. The economy didn’t grow much and unemployment stayed very high, but Zuma’s chief cronies fled abroad, others were charged with various crimes, and even Zuma wound up in jail. Ramaphosa was at least trying to clean up the mess—but then, two years ago, there was a burglary at his wildlife game farm in Limpopo province.

Nobody heard about it at the time, because Ramaphosa didn’t mention it publicly. That’s understandable, because the burglars allegedly found $4 million in cash hidden in cushions on his sofa. That’s not a good look for a president whose USP is fighting corruption, so no report was made to the police. Ramaphosa just swallowed the loss.

That’s not as crazy as it sounds: Ramaphosa is one of the richest men in South Africa, and $4 million is less than one per cent of his wealth. He could just be trying not to draw attention to it. But then, early this month, Arthur Fraser, former head of South Africa’s intelligence agency, lodged a criminal complaint with the police about the affair.

Fraser said that Ramaphosa’s ‘presidential protection unit’ (bodyguards) had tracked down the burglars, kidnapped, and interrogated them, and then bribed them to keep quiet about the cash. Maybe Ramaphosa was just trying to protect his reputation as a man of the people, but even so he would have been breaking the law. And then Fraser outed him.

The news is now out all over town, and by this week Ramaphosa was under attack from all sides. “Criminals do not report crimes when the proceeds of their crimes are stolen,” as Julius Malema, leader of the opposition Economic Freedom Fighters party, put it, and a great many other people in Parliament and in the street took the same view.

This comes at just the wrong time for Ramaphosa, who faces a leadership challenge in the ANC in December. His anti-corruption campaign within the party has not prospered, and Zuma’s supporters staged riots that killed hundreds when he was jailed. Now Zuma’s out of jail, and Ramaphosa is tarred with the same corruption brush himself.

There’s a lot that’s wrong with this story. Arthur Fraser, the former spy chief who brought the complaint against Ramaphosa, is a close ally of Zuma’s. The South African President does hold regular cash auctions of his prize Ankole cattle and various game animals at his farm, but why would he hide the cash in pillows? Tax avoidance?

This is a man who has sat on literally dozens of boards and is allegedly worth $450 million. If he wants to avoid taxes, he has lawyers aplenty; he doesn’t need sofa cushions. The whole ‘burglary’ operation, and especially the source and the timing of the ‘complaint’, smells like a political sting. Nevertheless, Ramaphosa is in deep trouble.

The real object of the sting would have been to highlight Ramaphosa’s great and unexplained wealth. He probably didn’t break the law to get it, like Zuma did, but he didn’t inherit it and he didn’t earn it by hard work. He just got paid huge sums to sit on boards, and invested the proceeds wisely.

Ramaphosa got on those boards as part of the ANC-sponsored ‘Black Economic Empowerment’ programme, one of whose purposes was to provide a reliable, low-profile income stream for its political work. Most of its supporters were very poor, but the chosen ‘BEE’ appointees were expected to donate much of their large incomes to the ANC.

It’s less lurid than Zuma’s route to great wealth via partnership with Indian ‘entrepreneurs’ in a project of ‘state capture’, but both men’s riches come from their ties to the ANC. To the average voter in Alexandra township, the two men will look exactly the same.

That is why the ANC will probably lose its majority in Parliament in the 2024 election, after 30 years in power. High time, really, even though nobody knows what’s coming out of the box next.

(The author’s new book is The Shortest  History of War)