Struggling for water in the Himalayan foothills

Struggling for water in the Himalayan foothills 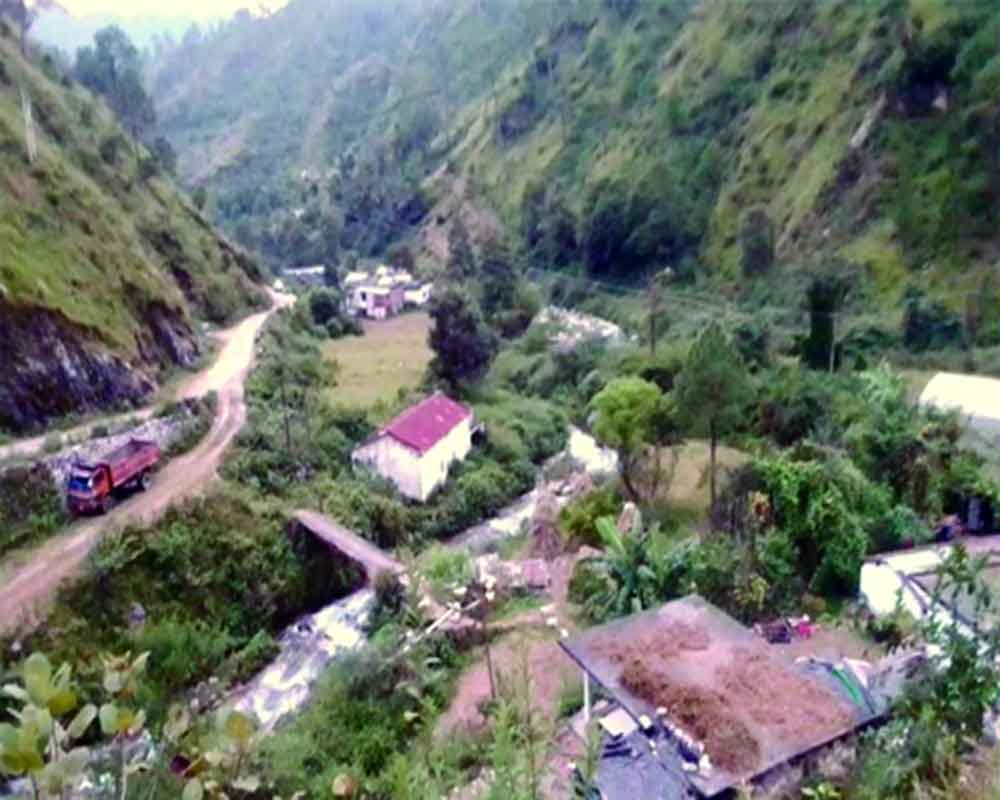 Lamchula is a picturesque hilly village nestled in the foothills of the Himalayas overlooking the beautiful Lahur Ghati river in Bageshwar district in Uttarakhand. Located approximately 20 km from the district headquarters, there is no motorable road to the village and one has to trek for about thirty minutes to reach the settlements. Inhabited by approximately 143 families, this region is blessed with natural resources and water bodies. The residents of this remote village, however, continue to struggle to access one of the most basic facilities required for survival- clean drinking water.

Agriculture and livestock are the two main occupation in this village, which require a hefty amount of water on a regular basis. Not to forget, the household chores and personal hygiene equally stand in need of water. The majority of their water consumption, including drinking water, is supplied by Lahur and Naldhura rivers, which are 6 and 5 kilometres apart, respectively, and nearby springs. During summer, there is always a high possibility of the springs drying up, forcing the residents to fetch drinking water from these rivers.

Neetu Devi, a 28-year-old woman from the village, walks 5 km every day to fetch water from Naldhura river. She mentioned how it is extremely difficult to walk while carrying water on the unpaved hilly terrain during monsoons and winters. “There is always a risk of slipping. Many have encountered accidents and injured themselves,” said Neetu.

As the villagers are deprived of functional household tap connections, they are bound to take such risks. Although the concerned departments have taken certain steps to address the issue of the scarcity of clean water, there has been no long-lasting solution. Referring to the existing gaps, Neetu further informed that a water pipeline has been laid in the village, but it often breaks during the monsoons. By the time it gets repaired, the monsoon season arrives again.

As a consequence, the villagers continue to be involved in this danger, and the larger onus falls on women and adolescent girls. The lack of water has a direct impact on the education and health of adolescent girls. Walking daily to fetch water before or after school often takes a lot of time and effort of these girls. In the process, they are often left with little strength to focus on their education. On the other hand, walking for long hours to collect water is a backbreaking task that takes a toll on women and girls’ health, especially during menstruation and pregnancy.

Recounting the struggles adolescent girls face, Kavita, 17, from the village, said, “I have fetched water during menstruation, even in unbearable pain. It gets difficult for us to maintain menstrual hygiene as we don’t have enough water. School dropouts are also on rise as there is no water in the schools.”

Motima Devi, an elderly of the village, while describing the issue of water as serious, questions the use of laying a water pipeline in the village, when they have to go far off and fetch water from the streams and river? “I have spent my years collecting water. How long do we fight to get access to this basic need. We have been managing so far by using different ways to fulfil our various water needs. For example, we collect rainwater for the cattle, but clean water is required for the members of the household,” expressed Motima.

While updating on the measures taken by the Panchayat in reducing the water woes of the villagers, Balwant Ram, 35, a member of the Panchayat, emphasized, “The Panchayat understands the seriousness of this problem; therefore, we are in constant touch with the concerned department. It seems like it will take more than six months to provide functional water connections to village households.”

Perhaps the centrally sponsored scheme, ‘Jal Jeevan Mission’ which aims to provide clean drinking water to all households in the country by 2024, is the only beam of hope for the residents. The only way to turn their dream of having easy access to household tap connections into a reality is to properly implement and execute this scheme in the village.

(The writer is a student of Class 12 from Lamchula, Bageshwar. Courtesy Charkha Features. The views expressed are personal.)