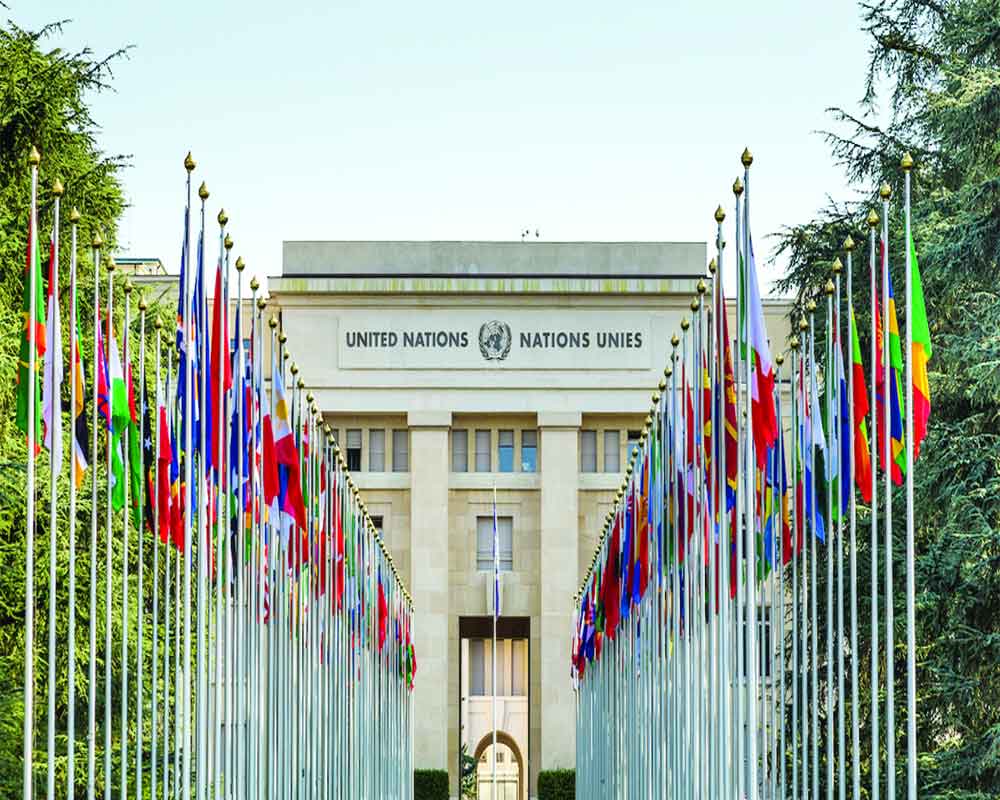 Since the Russian invasion of Ukraine last Thursday many people have expressed their shock and horror at Vladimir Putin’s violation of international law and the death of the ‘rules-based world order’, but there’s actually no reason for surprise. Those people just never understood what the rules really were. There’s lots of text in the United Nations Charter about suppressing “acts of aggression” and avoid “the threat or use of force against the territorial integrity or political independence of any state”, but it’s all trumped by Article 27, which gives each of the great powers a veto on all decisions of the Security Council. What that means in practice is that all other countries are subject to the UN’s rules, but the five ‘permanent members’ of the Security Council - China, France, Russia, the United Kingdom and the United States - are not. Some countries are also more equal than others. The Security Council is the UN’s executive authority, but it can no more order Vladimir Putin to stop the invasion of Ukraine (the Russian veto) than it could have stopped the US from invading Iraq (the US veto). The rules that say no country’s borders can be changed by force and that nobody may intervene in a country’s internal affairs, but these rules do not bind the Famous Five.

This was not some accidental oversight by the Charter writers; it was a design feature. The Charter was signed in San Francisco in June 1945, six weeks after Germany surrendered and six weeks before the first use of nuclear weapons and the Japanese surrender. At least 50 million people had been killed in the previous six years of war, and most cities in Europe and Asia were in ruins. The people who negotiated the Charter were not idealists; they were realists terrified by the destructiveness of modern war, trying to write rules that would persuade the great powers to accept a rules-based international order. The great powers did accept them, but only on condition that they themselves were exempt from the rules, and that’s the real world order. It cannot help Ukraine, but that was always true. Nothing has been lost, because the UN was not really designed to stop every war. The United Nations was created to prevent any more wars between the great powers, because the great-power wars - the ‘world wars’ - are the great mass killers. With some help from the theory of nuclear deterrence, it has succeeded at that vital task for 75 years now. Sir Brian Urquhart, who fought through the Second World War and was one of the first Allied soldiers into the Bergen-Belsen concentration camp in 1945, got involved with the new United Nations as soon as peace came and served under four secretary-generals over four decades. He practically invented peace-keeping. He spent his last decade as Undersecretary-General for Special Political Affairs, and I asked him one day why he kept on going. He said: “As Hammarskjöld once said, while none of us are ever going to see the world order we dream of in our lifetime, nevertheless, the effort to build that order is the difference between anarchy and a tolerable degree of chaos.” Urquhart died last year at 102, but if I could ask him whether Ukrainian president Volodymyr Zelensky should have agreed to ceasefire talks with Russia, I’m sure he would say yes. Not because Zelensky should bargain his country’s freedom away, but because a great many people are going to die in the next few days if there is no ceasefire. It’s always worth going the extra mile.

(Gwynne Dyer’s new book is ‘The Shortest History of Warpersonal.)