The rise and rise of omnipotent ED

The rise and rise of omnipotent ED 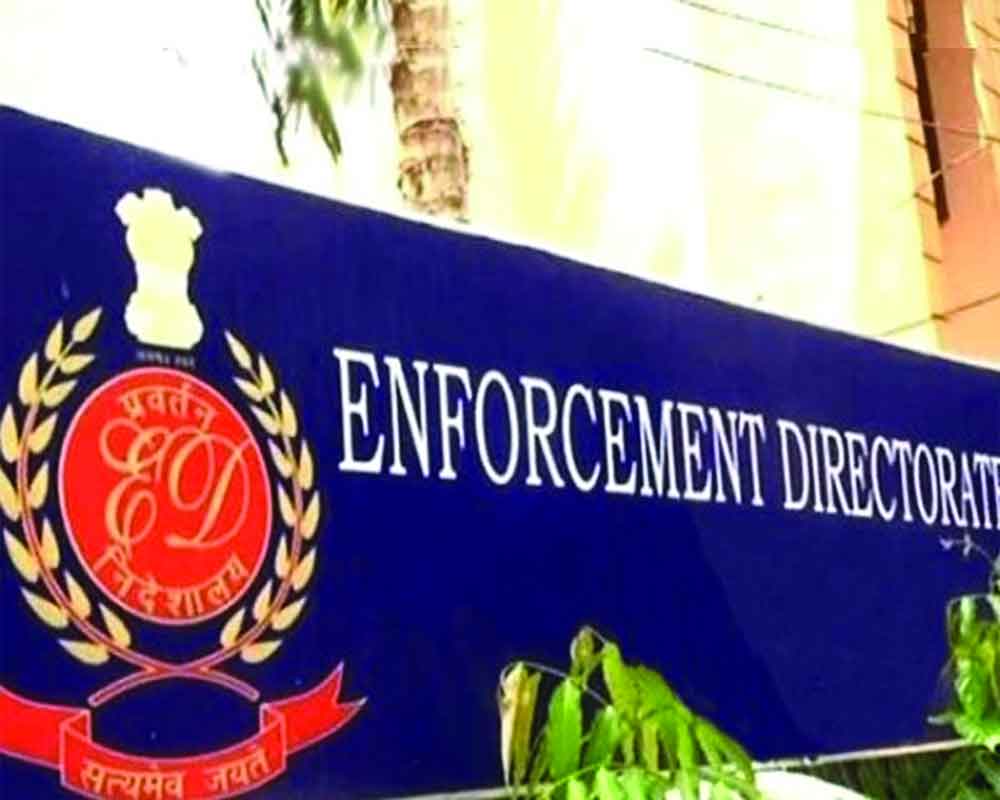 The ED today is being frowned upon by the Opposition parties for its alleged misuse. But didn't all parties in power misuse it?

In the face of allegations of the opposition parties that government agencies are being used by the ruling party against its opponents, the recent landmark judgment of the Supreme Court upholding the sweeping power of the Enforcement Directorate (ED) for search, seizure, arrest, and attachment of property under the Prevention of Money Laundering Act (PMLA), has become a bone of contention. The verdict was pronounced on 242 petitions filed by many including Anil Deshmukh, Karti Chidambaram, and Mehbooba Mufti, challenging the stringent provisions of the PMLA.

While the opposition has questioned the timing of the pronouncement of the judgment when a host of top opposition politicians including Congress leader, Sonia Gandhi, Rahul Gandhi, P. Chidamabaram, his son Karti Chidamabaram, Shiv Sena's Sanjay Raut, National Conference leader Farooq Abdullah, TMC MP and West Bengal Chief Minister Mamta Banerjee's nephew Abhishek Banerjee and Delhi Minister Satyender Jain are among those under the ED's scanner for alleged money laundering, the ruling NDA has attributed the surge to its 'commitment to preventing money laundering and 'improved systems for gathering financial intelligence as well as better interagency cooperation.

It is claimed that the Centre's twin purposes-disposing of pending investigations in old cases and completing the probe in new cases in a time-bound manner under the PMLA have led to 3,010 searches in the past eight years resulting in the attachment of proceeds of crime to the tune of about Rs 99,356 crore and the filing of prosecution complaints in 888 cases. The ruling party justifies its action because money laundering is one of the heinous crimes which not only affects the social and economic fabric of the nation but also tends to promote other heinous offenses related to the NDPS Act.

As per information shared in the Rajya Sabha, raids carried out by the ED during 2014-22 saw a nearly 27-fold increase as compared to the searches conducted between 2004 and 2014 during the regime of the UPA government. However, the conviction rate has been poor and indicates investigative lapses and legal loopholes. The fact that only 23 accused have been convicted which is less than five percent of total cases points out the failure of ED in building airtight cases and giving credence to allegations of ulterior motives and settling of political scores.

Moreover, searches are largely confined to non-BJP ruled states targeting the leaders of the opposition parties. The PMLA was enacted during the UPA regime in 2002 and implemented in July 2005 to tackle the problem of money laundering. Over the years, it emerged as a matter of international concern and India made some commitments in this regard. The court has ruled that various provisions of this Act that have been challenged are indeed constitutional. To understand the real significance of PMLA, we need not focus on the details of the Act, but, look at the big picture of the law that it conveys.

During the past few years, ED, which was formed in 1956, has become a prime agency. Even the Supreme Court had acknowledged the sweeping powers of the ED under the PMLA. This is apparent from the fact that the ED is empowered to start an investigation without complaint or application. Although filing an FIR is a mandatory provision under the Indian Penal Code but, the ED officer is not required to abide by it.

Under the PMLA, the ED officer has to simply file an Enforcement Case Information Report (ERIC) which is not shared with the accused and serves as an internal document. An IO can also issue summons without giving any specific reason. Under the PMLA, statements made before the officers of the ED are admissible in court and bail provisions place a reverse burden of proof on the accused, requiring them to show a lack of guilt even before the trial commences. The apex court said that the stringent conditions for bail under the Act are legal and arbitrary.

All governments are guilty of misusing central investigation agencies like ED and CBI to settle political scores. The congress government under Indira Gandhi in the 70s made started the trend and the PMLA was brought in by an NDA government and made more stringent by amendments during the UPA regime. The extensive use of ED against political opponents has risen during the present government. During the past few years, the ED had made high-profile arrests including the former Home Minister P. Chidambaram and his son Karti Chidambaram,Anil Deshmukh, Chhagan Bhujbal, senior NCP leader and former Minister, Nawab Malik and recently senior Shiv Sena leader, Sanjay Raut. There has been a list of leaders who have been summoned and questioned for long hours including Sonia Gandhi and Rahul Gandhi. The media,   gave them special coverage. The central investigation agencies  have emerged as the conscious keeper of society. The credibility of these organizations should not be comprised. Their functioning should be above board and they should be allowed to function freely.