The silence of Pak civil society

The silence of Pak civil society 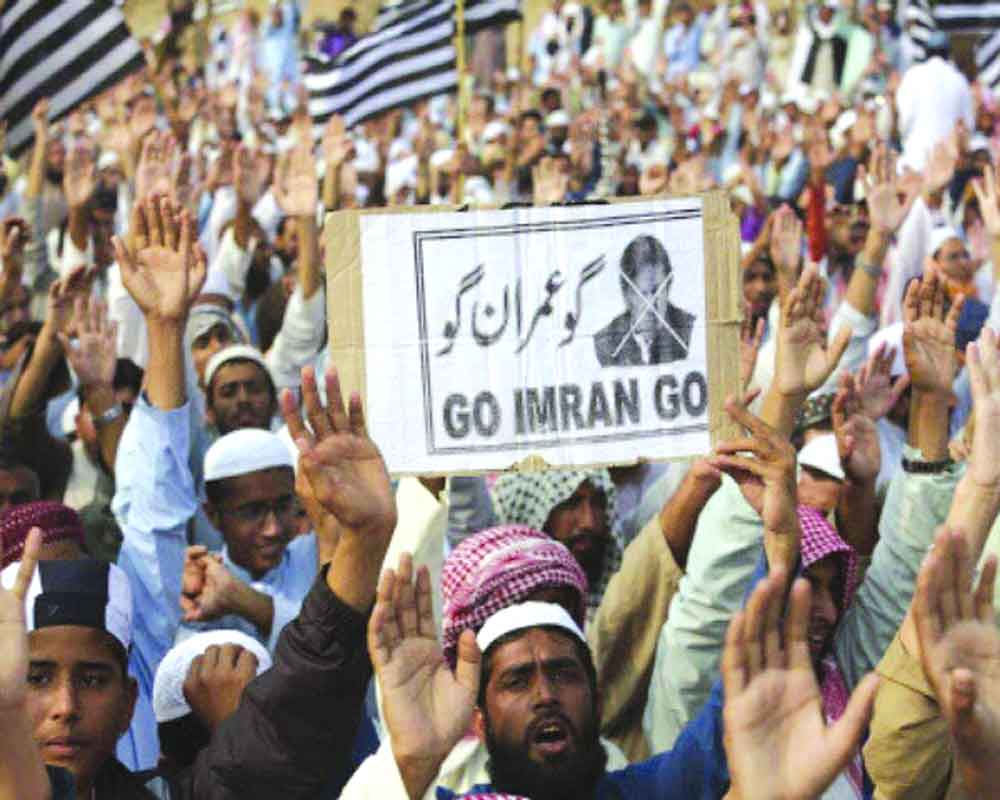 A strong and durable democratic Government is possible only when it and the civil society play a collaborative role in upholding the spirit of democratic ethos and spreading awareness about the value of democratic participation. In fact, civil society has a major role to play to promote and consolidate democracy by acting as a link between the people and the Government. Therefore, it is considered the ‘third space’ between people and the State, incorporating the dimension of pluralism and diversity.

The civil society’s activism in Pakistan, however, appears to be at times erratic and compromised. It is also argued that the fundamental obstacle in the path of development and democratisation of civil society there is due to the confluence of ‘military rule’ and ‘religion’.

Pakistani scholar Mohammad Qadeer aptly categorises its sui generis nature into two tracks. One is the modern secular track and the other is the traditional ideological track. The first track constitutes the urban, modern, liberal/secular and educated section which includes NGO, civil society organisations and professionals advocating human rights through conferences, seminars and protest marches. The traditional is constituted by primordial ties and traditional base of religious civil society and is protected from State’s intrusion. This segment comprises mosques, seminaries, Islamic/ethnic/territorial segments of students and labour unions, rural groups, bazaar traders and small-town industrialists. It is believed that on account of its religious characteristic, civil society could merge as an effective actor in Pakistan, as against the western model, to influence civic life and State. Nonetheless, from a functional perspective based on traditional model of regulating civic life, community action and counter-balance the Sate’s excess, civil society in Pakistan has shown some effectiveness.

Civil society’s activism in the past: Despite the complexities, spurts of civil society’s activism have been discernible, particularly in terms of effecting a democratic transition process and to bring about regime changes — both authoritarian and democratic. Civil society’s role in the anti-Ayub and anti-Musharraf agitation as well as during the Government of Zulfikar Ali Bhutto is noteworthy. The most vibrant role and activism of civil society was seen during lawyers’ movement (‘Adliya Bachao Tehreek’ or Save Judiciary Movement) in 2007 when they stood against the dictatorship of Musharraf to restore autonomy of the judiciary and democracy.

Civil society and ‘tepid’ activism: Today, on account of the political reality in Pakistan marked by continued military control, the civil society has been forced to shy away from pro-activism displayed episodically in the past in terms of raising awareness among its citizens and promoting democratic participation.

While Pakistan’s people continue to be perturbed about important issues like corruption and unemployment, the civil society seems to be lacking any constructive debate and meaningful pro-activism. Does such tepid activism reinforce the perception that the civil society is driven either by vested interests or is politically partisan acting under the influence of the military, political parties and other interest groups? Or, is it a reflection of the absence of ‘free space’ for civil society to thrive in Pakistan? The answers to all these questions continue to perplex everyone, sometimes raising questions on the sustainability of democracy in the country.

Breaking the silence: Although civil society in Pakistan displayed ’sporadic presence’ through demonstrations and rallies, majorly spearheaded by the Opposition, against the Imran Khan Government, such activism has lost the earlier vigour. In order to sustain and consolidate democracy in its true spirit, it will not be sufficient for civil society to break the silence by simply demonstrating on the streets but independently spearheading and steering such rallies per se to promote the real purpose of its existence and responsibilities like in the past, and adopting a more pro-active approach to effect meaningful changes. It has to act as the prime conduit for the demands of the people, restrain the misuse of power of State and serve as a citadel of democracy. At the same time, the Government should also refrain from suppressing the diverse voices and interests expressed though the civil society. In any healthy democracy, a positive Opposition and a culture of debate and dissent is necessary for civil society to flourish and democracy to nurture.

It is only when both Pakistan Government and civil society understand their responsibilities and collaborate positively that democracy will sustain and consolidate itself and prevent the country’s descent into a failed State.

(The author is Senior Consultant, Indian Council for Cultural Relations. The views expressed are personal.)