The US is in the grip of inflation

The US is in the grip of inflation 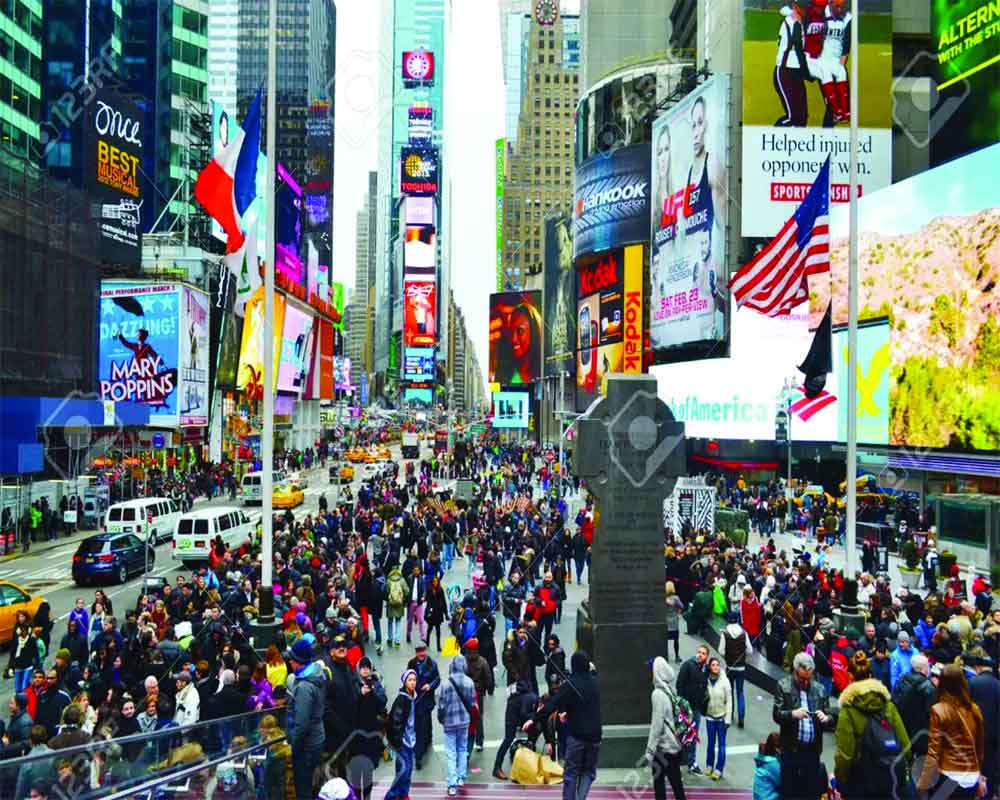 Although inflation is a common phenomenon in most countries of the world including India, many past generations of Americans have never suffered the brunt of inflation. But in the last one year, the rate of inflation in America has reached around seven percent, and that has started affecting the lives of ordinary Americans. Ruling Democrats are fearing the consequences of the same in the 2022 mid-term elections. On the one hand, Covid-19, which has destroyed the jobs of 22 million Americans, has also caused a 30 percent drop in annual production, while on the other, Americans are facing further hardships due to rising inflation.

During the pandemic period many people with permanent income also could not spend their incomes fully. Now, with return of normalcy, they are spending more on tourism, fuel, food items, restaurants, entertainment, etc. It is believed that as supply conditions improve, it will be possible to control inflation. But there is almost a consensus that there is no immediate relief from it.

US policy makers are trying to blame this record inflation on supply chain problems and shortage of raw materials, but most economists are citing the rising money supply as the main reason. It is true that the sudden spurt in consumer demand after the temporary relief from Covid-19 has led to a shortage of goods, but this is not the main reason for inflation in America.

But one area where price controls can play an effective role is the pharmaceutical sector. It is well known that American pharmaceutical companies charge high prices for drugs in the name of reward for intellectual property. Controlling drug prices can certainly give a huge relief to the consumers.

Irving Fisher’s quantity theory of money has been used for centuries to explain the phenomenon of inflation. According to modified version of this theory, if the total output of goods and services or ‘the volume of transactions’ in the economy remains the same, then the price level increases in proportion to the increase in the quantity of money. It is worth noting that first in the name of ‘quantitative easing’ (QEs) for a huge bailout package to overcome the financial crisis starting from 2007-08 and to compensate for the impact of the decline in the economy due to Covid-19 in the last almost two years, the US Administration has been expanding quantity of money. Many economists believe that due to this huge increase in the quantity of money, inflation is now becoming uncontrollable.

American policy makers also recognize that people in America have huge savings with them and they want to make up for the goods and services, which they could not enjoy during Covid-19. But it has to be understood that the real reason for the surplus funds left with the people is the distribution of huge amounts of financial bailout packages by the US administration. Due to the limited income of the government due to the pandemic, the increase in inflation has become inevitable due to printing of the amount of currency in circulation by the Government and consequently a large increase in the money supply. Significantly, between November 2020 and November 2021, the total currency with the public in USA increased by $1.56 trillion, i.e., an increase of 7.6 percent. But the increase in the supply of M1 money was even more, that is, 15.7 percent.

Bailout package by the US government to create additional currency is nothing new; however, in recent times there has been some decline in the popularity of the dollar as global currency, which is being fast replaced by the Chinese currency yuan. Further, in order to give boost to US manufacturing, the US administration has been becoming more and more protective, resulting in fall in export of dollars. In such a situation, the supply of dollars outside the US is decreasing, due to which the fear of inflation in the US have increased due to increasing amounts of dollars with the public in US. It seems that if this trend continues in the future, then the increasing money supply in the US will continue to cause inflation in the future as well.

Manufacturing output in the US had been declining for a long time and most of the GDP in the US is derived from services. In that too, a large part of America’s GDP is the income earned abroad by American companies, due to which America has been receiving a huge amount of taxation. But for some time now, American companies have been trying to avoid this taxation in various ways. These companies are mostly e-commerce and tech companies. For this reason, the US government may have to resort to the creation of additional currency to meet its expenses in the future also, which may lead to further inflation.