The world must unite for fighting inflation

The world must unite for fighting inflation 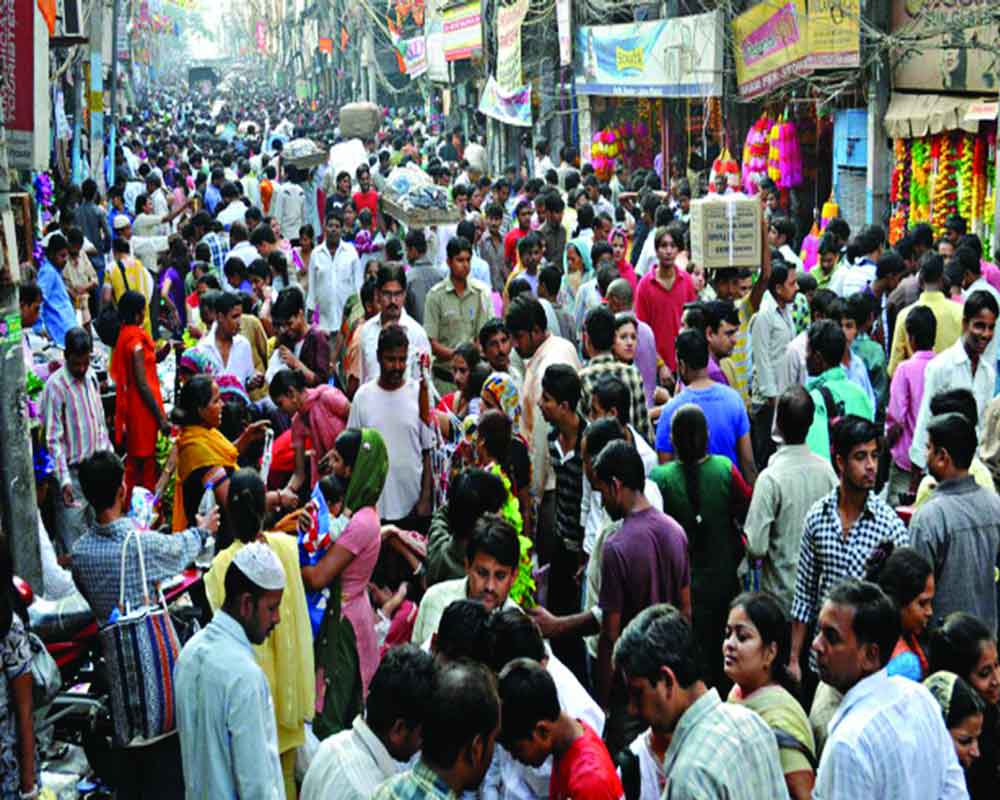 To control inflation, decisions of all Central banks need some kind of real-time coordination, a mechanism for which needs to be worked out and activated

It seems that for the entire world, high inflation is going to be the new normal, at least for the foreseeable future. In April 2022, the IMF’s World Economic Outlook predicted that during 2022, inflation will be at 5.7 percent in advanced economies and 8.7 percent in emerging markets and developing economies-1.8 and 2.8 percent higher, respectively,than its earlier projections in January. The unprecedented supply disruptions caused by the Russia-Ukraine War, now about to enter its fourth month, have been driving commodity prices for quite some time, and conditions are expected to deteriorate progressively.

Worsening supply-demand imbalances and further increases in commodity prices could lead to persistently high inflation at least in the medium term, which in turn would lead to a spiral of rising interest rates, higher wage demands and consequent fall in the profitability of companies forcing them to curtail production, leading in turn to still higher inflation and more losses in real wages. Post-pandemic, the world is already struggling for economic recovery while trying to manage much higher debt levels than before due to the expansionary fiscal policies triggered by the pandemic. Now the higher inflation would expose countries, especially the emerging markets and developing economies, to serious debt vulnerabilities, let alone building fiscal buffers.

The drivers of this rising inflation - the war, sanctions, lockdown in China due to a resurgence of Covid, and the massive supply-chain disruptions as a result of all these —  are beyond the control of central banks. Hence monetary policies alone may not suffice to tame the menace of inflation, though the responses of different countries to such policies would vary depending on their conditions and the strength of their fundamentals. Governments would also be weary of reversing their expansionary fiscal policies which would translate into economic hardships for their people trying hard to recover from the losses suffered during the pandemic years. In the unfolding scenario, growth will likely take a back seat for the entire world for the time being.

In India, the retail inflation measured by the CPI had shot up to 7.8 percent in April 2022 from 7 percent in March, the highest in the last 8 years. While the urban inflation was 7.1 percent, the rural inflation soared to 8.4 percent. In the CPI basket, food and beverages carry a weightage of 45.9 percent and fuel another 6.8 percent; even if we take these out, the core inflation still remained at 6.5 percent, way above the RBI’s inflation target of 6 percent at the upper band. Factory output also remained sluggish, with the index of industrial production (IIP) rising only by 1.9 percent in March 2022, down from the peak of 134.4 percent recorded in April 2021, mainly due to the low performance of the manufacturing sector which has been hit hard by rising input prices and supply disruptions.

A part of the inflation is also imported, since more than 80 percent of our fuel and 60 percent of edible oil are imported from countries which are also facing severe inflation, and the inflated import bill is reducing our foreign exchange reserves which have come down to US$ 598 billion providing an import cover of about 11 months in April 2022, from US$ 635 billion in January 2022. The inflation figures are already exceeding 9 percent in certain states like West Bengal, Madhya Pradesh, Haryana and Telangana. The optimism of the Union Finance Ministry that the gradual recovery of aggregate demand was reducing the risk of sustained high inflation may be rather misplaced. Even the higher collection of GST as seen in the recent months may also be partly fuelled by the rise in prices of commodities rather than due to the expansion of economic activities.

Following the US Fed’s 0.5 percent hike in inflation, the RBI has increased the repo rate as well as the CRR by 0.4 percent on 4th May. It is widely expected that there would be another steep hike in both the interest rate as well as the CRR in June. CRISIL Ratings has projected inflation to be around 6.3 percent for the current fiscal; it also expects the RBI to raise repo rates by another 0.75 percent to one percent during FY-2023. Economists and corporate leaders expect the interest rate to finally settle down around 5.5 percent by the mid FY-2023. Indeed, given the huge difference between the repo rate of 4.4 percent and the yield of 10-year G-Sec at above 7 percent which is a benchmark for interest rate in the economy, there is scope for still higher increases. But every increase in interest rate contracts the space for fiscal manoeuvrability of the government and growth becomes the ultimate casualty. Already the growth forecasts for India have been sliced by all agencies - RBI has itself lowered its growth protection to 7.2 percent in 2022-23, down from 7.8 percent it had earlier estimated.

The wholesale inflation measured by the WPI has been much higher than the CPI inflation throughout - it rose to a four-month high of 14.55 percent in March 2022 from 13.11 percent in February. Prices accelerated across all segments - 10.71 percent for manufactured products, 25.97 percent for basic metals, 34.52 percent for fuel and power, and 15.54 percent for primary articles, despite a marginal slowdown in the cost of food articles. On a monthly basis, wholesale prices increased by 2.69 percent in March, the most since the series began in 2004. The reason for such divergence between the WPI and CPI is partly due to the different weightages in their respective baskets - in the WPI basket, manufactured articles get 64.2 percent weightage which is much higher than in the CPI, whereas primary articles get 22.6 percentage weightage, followed by 13.2 percent for fuel and power.

While the RBI considers retail inflation for its policy decisions, the wholesale price risesultimately get reflected on the retail prices after a lag of a few quarters as companies tend pass on the burden to consumers. Thus, the high WPI inflation in March for primary articles is likely to get translated into still higher food prices which will affect the poor more than the rich, again belying the Finance Ministry’s assumption that at the lower end of the economic strata, the impact of inflation is not as deep as at the upper end.

It is really strange why the RBI took so long to act and when it finally did so, why it had to act in such an abrupt manner that was sure to jolt the market severely, leading to panic selling by foreign investors leading to sustained mayhem in the stock market and severe erosion in the value of the rupee. The increase in interest rates could have been affected in a little more predictable manner, using the mechanism of regular MPC meetings. If inflation is to be controlled, decisions by all central banks need some kind of a real-time coordination, a mechanism for which needs to be worked out and activated without delay. The WTO, must also be involved simultaneously in the battle against inflation.  Inflation is as bad as Covid if not worse, and only by coming together, the world can fight it effectively.

(The author is a former Director General at the Office of the Comptroller & Auditor General of India and an academic. The views expressed are personal.)