Tribals and their Religion

Tribals and their Religion 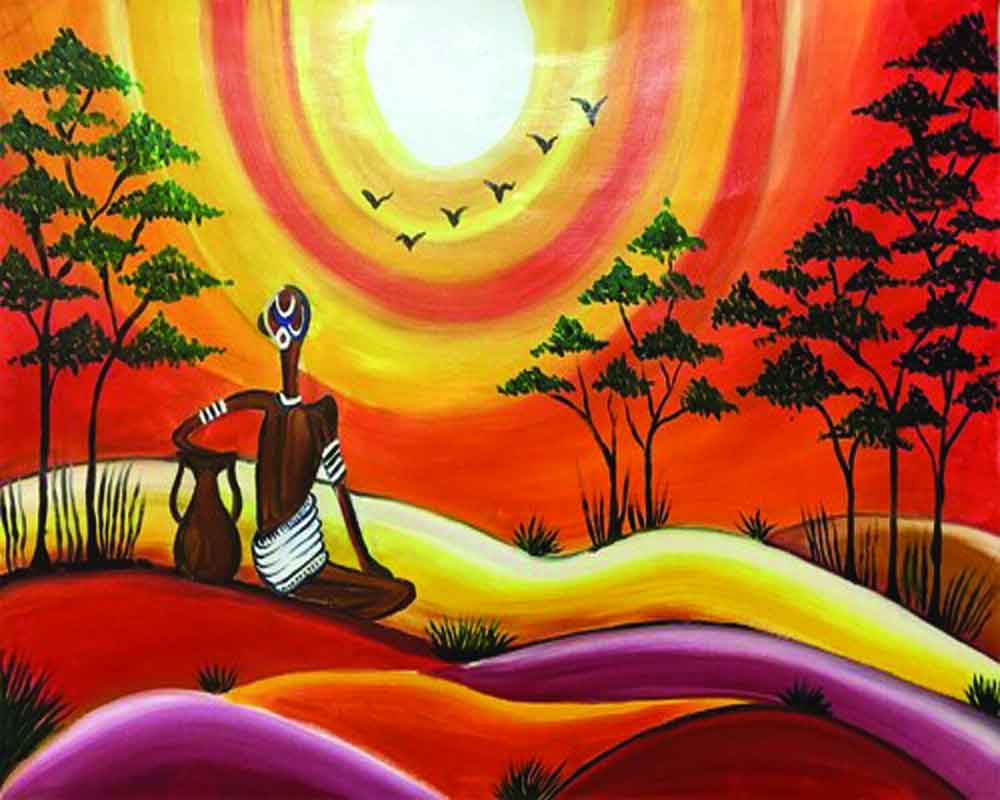 The Sanatana Dharma has ingredients of tribal worship

Let us examine the theory of naming a few people as tribals by sociologists and others. The western media under the influence of Christianity has been for decades trying to declare tribals as indigenous people. The connotation of ‘indigenous’ in terms of the great Indian civilization, which grew with great saints who lived in sylvan surroundings in thick forests, is a travesty of truth. It is an insult to ancient Indian culture to call the tribals as indigenous or, for that matter, calling them tribal at all. For, the tribal traditions have great history of language, music, art, paintings, medicine and of course worship of nature in its different form which enriched the Sanatana Dharma and traditions. In fact, all Indians must have been once part of some tribe or the other and it is the lop-sided modern development which now differentiates between tribal and non-tribal people. Unfortunately, our constitution is also trapped in the tribal and non-tribal verbosity. The raging debate that tribals have no set pattern of religion is basically a politically motivated and foreign-supported propaganda being launched in India by different churches thatbelieve in proselytization.  The Sanatana Dharma which is now known as Hinduism has all the ingredients of tribal worship. In tribal areas most of the divinity is dominated by nature worships and many tenets and festivities of Hinduism are drawn from them. The argument by a few politicians that tribal people never had an organized religion does not hold water if we see the history of the country. The first organised census was held in 1871 - the first synchronized census was held in 1881 — in which the 95 percent tribal people have entered their religion as Hinduism. Only two percent people from the North-East declared atribal religion because of the interpretational bias during census. In 1891 only three percent were shown as following tribal religion and rest as Hindu.

In 1891 census information on sects of Christianity was also collected. In the first census after independence in 1951, 97-98 percent tribals had shown Hinduism as their religion. It only after several decades later when the Christian missionaries started converting the tribals in central and eastern India that nature worship was systematically sought to be separated from Hinduism. In Tripura the Tripuri, Jamatias and other Tribes have been worshiping Shiva as depicted in the rock carvings. Similarly, Sarna method of divinity is focused on the worship of nature and spirits and holds all natural objects to be sacred. This belief system is followed by several tribal groups in Jharkhand and neighbouring states, and it is fully reflected in their social and cultural life. The ‘other’ category for religion in the census after independence had created this confusion because of the census staff relegating such tribal beliefs as the ‘other’. There is a well-orchestrated propaganda launched by a few political leaders for supremacy in the tribal belt aided and abetted by Christian missionaries and the naxalites to disconnect the tribal population from the larger part of Sanatana dharma. This writer during February 2021 has visited a tribal area in Jabalpur district of Madhya Pradesh. In a corner of the fair, a person who spoke fluent English was selling books deriding Hinduism and recommending a book, ‘Tribals are not Hindu’. I had to admonish the organizer, a foreign-funded NGO, for creating such a situation in the tribal belt. The issue today is not to interfere with religious beliefs and cultural lives of tribal people. The focus should be to bringing them to the mainstream by providing them best health, educational and livelihood and preserve their art, language, culture, and music.

(The writer is Chairman of Centre for Resource Management and Environment. The views expressed are personal.)