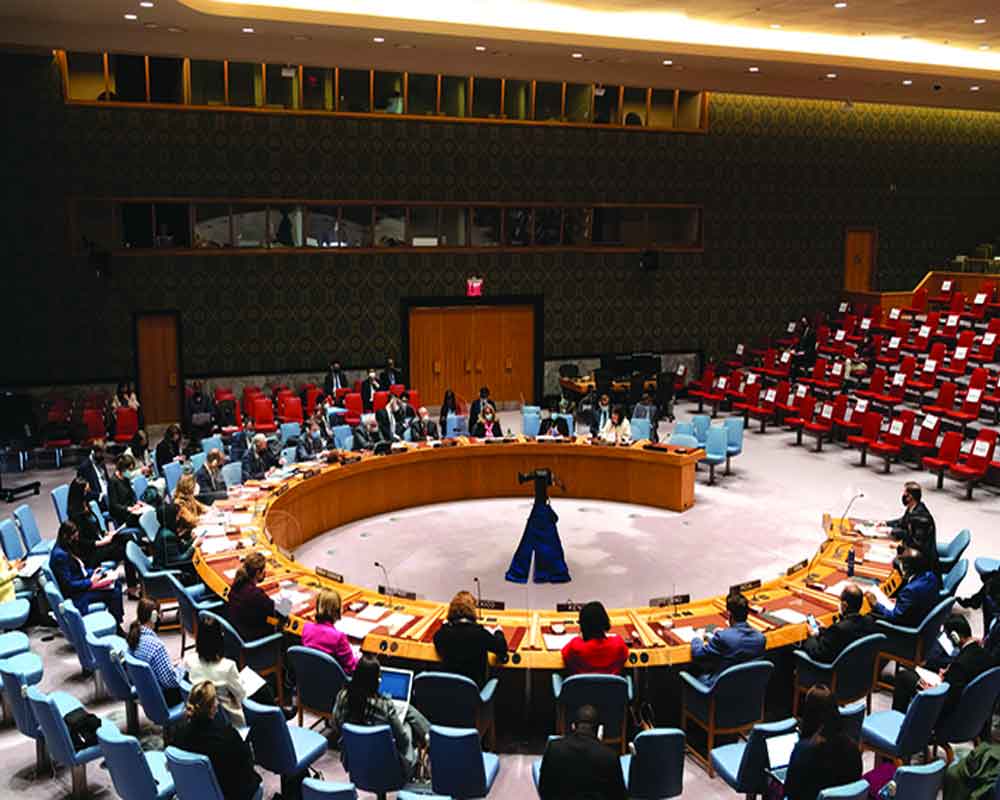 The Russian invasion of Ukraine and the negation of the Security Council resolution have given world-watchers an opportunity to assess the role of United Nationsand its relevance today in maintaining order in the civilized world.

The UN Charter “mandates the UN and its member states to maintain international peace and security, uphold international law, achieve higher standards of living” for their citizens, address economic, social, health, and related problems”, and promote “universal respect for, and observance of, human rights and fundamental freedoms for all without distinction as to race, sex, language or religion”.

However, the world is not run by peace-making philosophers and philanthropies but the political and military leaders. The United States President Franklin D. Roosevelt coined the word United States and since then US and its western allies have been virtually dictating terms forthe functioning of UN and behaving as self-styled policemen of the world. The result was intense cold war between the US led NATO and Soviet Union and consequent rat race among opponent countries for missile and weapons and deployment of atomic weapons. The cold war ended with the break-up of Soviet Union.

If we analyse the current Russian invasion of the Ukraine, it becomes clear how this small country with good resources was used as a pawn by the America and its western allies. Ever since Ukraine became independent and showed a leaning towards the US and its European allies, Russian President Vladimir Putin, a former KGB officer, vowed to bring back the past glory of the Soviet era for the Russians. After he came to power, his popularity soared from two percent to 45 percent following his role in annexing Chechnya-- which is now known as Chechen, a constituent republic of Russia. In 2014 Russia invaded the Crimean peninsula and annexed it and on March 18, 2014 it became a constituent republic of Russia when President Vladimir Putin signed the accession. In retaliation the US and their European partners signed several agreements with Ukraine and goaded it to join the NATO. The US tried to encircle Russia and bring nuclear and weapon arsenals to Russian doors.

Russian President Putin warned the west and Ukraine not to join NATO and cited it as the violation of Minsk treaty of 2015 between Russia and Ukraine brokered by the French President.

Now let us examine the scenario. America and its partners have a history of bombing the world all over like they did in Iraq, Vietnam and Afghanistan citing threat to international peace but withdrawing without taking the affected countries and people into confidence. America has bombed so far more than 30 countries and is responsible for blood baths and ruination of lives of millions of people. The way they withdrew and left behind their weapons in Afghanistan makes a mockery of the UN Charter. So far, the US has exercised the veto power more than 80 times. The Indian Government’s response to the American-backed resolution in the UN Security Council on February 26, 2022 had wide acceptance among the Indian people as Russia has been a time-tested friend and exercised veto power in the UN four times in favour of India during the crucial times and especially in 1948 and 1971.

Putin may be a dictator in the eyes of West by violating the UN Charter and he has been threatening the use of nuclear power if US and NATO come to the rescue of Ukraine. But in this war, he is paying back the Americans in the same style in which they have been bombing other countries piggybacking the UN system. It is a total failure of the UN system which has been held to ransom by the US led western countries. We see the West has two value systems, one for them and the other for other countries. There is an entire ecosystem in the US and Europe which is rabidly promoting anti-national elements in India with the aim to balkanise it like Soviet Union.

Take the case of farmers’ agitation last year the New York time was full of vituperative abusive writings in league with anti-India forces. Similarly, Prime Minister of Canada Justin Trudeau was vociferous critic of India’s handling of this agitation and now the whole world is noticing how severely the Canada is dealing with the farmers’ agitation and the New York Times is silent. It is because of this that China is now emerging as another bully at the international level.

(The writer is the Chairman of Centre for Resource Management and Environment. The views expressed are personal.)