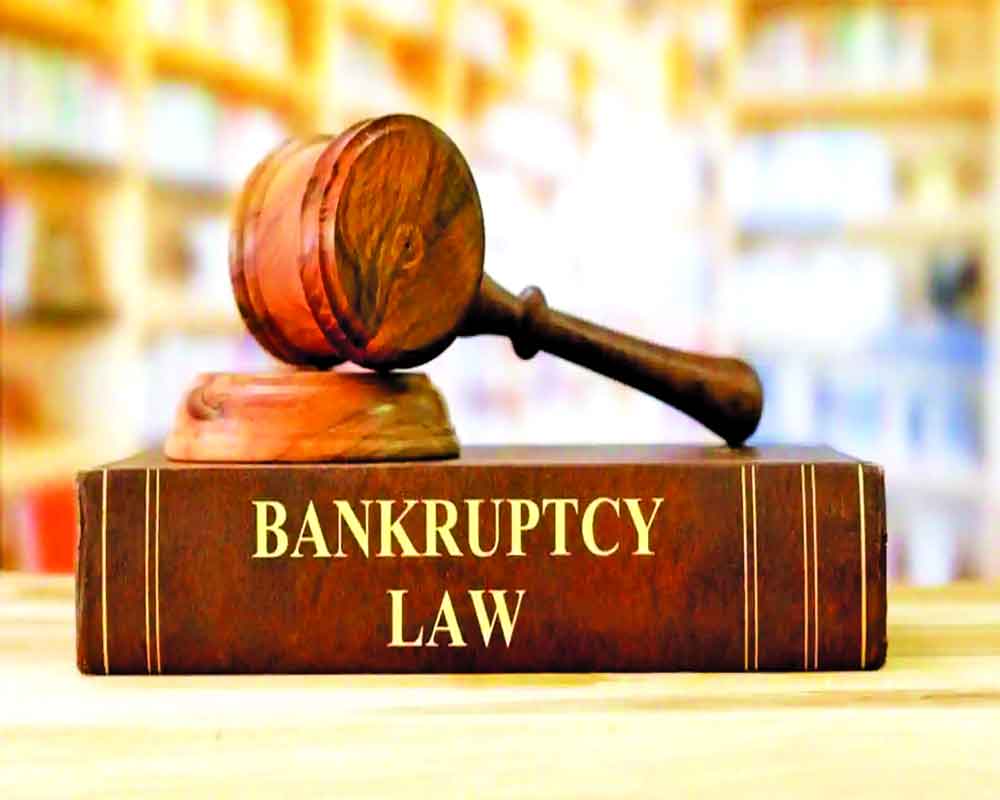 The Securities and Exchange Board of India (Sebi) has proposed a framework to protect the interests of public equity shareholders in case of listed companies undergoing insolvency proceedings under the corporate insolvency resolution process (CIRP) of the Insolvency and Bankruptcy Code (IBC). In 2016, the Modi Government enacted the IBC. This legislation overrides all other subsisting laws and gives a strong handle to the banks for resolving non-performing assets (NPAs) of lenders.

In 2017, it amended the Banking Regulation Act (BRA), giving RBI powers to force banks to act if they don’t on their own. On February 12, 2018, the RBI issued a circular that provided a foundational basis for resolving NPAs. As per this circular, for accounts with aggregate exposure greater than Rs 2,000 crore, as soon as there was a default in the account with any lender, all lenders – singly or jointly – shall initiate steps to cure the default by preparing and implementing a resolution plan (RP). This needed to be done within 180 days from the date of default.

In case, the lenders fail to meet this deadline, they are required to refer the account to the National Company Law Tribunal (NCLT) which would initiate proceedings under the IBC. The NCLT would get 180 days to complete the resolution process. A further 90 days is allowed in exceptional circumstances. Thus, the outer limit for consummating the process is 270 days.

The raison d’être of imposing this timeline and involving RBI to shepherd the exercise was to sell the NPA afflicted entity – as a going concern in an ‘objective’ and ‘transparent’ manner and maximise the realisation from sale.

Under the current process, existing shareholders get squeezed out as the CIRP results in huge equity dilution and even delisting—a situation arising consequent to the new acquirer’s shareholding becoming 100 per cent pursuant to the CIRP process.

Under IBC, equity holders are considered owners of the insolvent company, and thus fall last in the resolution plan (RP) approved by the NCLT to receive any dues at the time of liquidation. They don’t even get prior intimation and forget an opportunity to present their case to the committee of creditors (CoC), which steers the insolvency process even as the latter’s rights are considered superior.

To address the concerns of public equity shareholders, Sebi has proposed they be given an opportunity to acquire a minimum of five per cent and up to 25 per cent in the new entity. The offer will depend on the shareholding the new acquirer gets as a result of the RP. If a new acquirer’s shareholding becomes 100 per cent, the minimum offer required to be made for existing public shareholders will be 25 per cent and the minimum acceptance five per cent.

In the event there is no interest even for five per cent of shares, the resultant entity will be allowed to delist. If the acquirer’s shareholding in the resultant entity becomes 75 per cent pursuant to the CIRP process, there will not be any requirement to make an offer to public investors as their holding will already be at 25 per cent.

The offer to acquire shares of the resultant entity (albeit consequent to the CIRP process) will not be available to associate companies, family members of promoter group companies, trusts managed by promoters, key managerial personnel, and directors, etc., as that will defeat the very purpose of helping small shareholders.

The price offered to these shareholders should be the same as the one agreed upon by the resolution applicant/new acquirer. The Sebi proposal is logical. It could give a fair opportunity to minority shareholders of the firm under CIRP process to be a partner and benefit from appreciation in share value as and when it runs profitable under the acquirer. It would also be in sync with a minimum of 25 per cent public float that the market regulator expects from a listed company. But, the situation on ground zero is different.

Even in well-run and profitable companies, the regulator is unable to enforce the 25 per cent norm. The central government too remains keen to circumvent this norm as may be seen from its asking Sebi to exempt the IDBI bank from the public float requirement. By contrast, NPA afflicted firms under CIRP face heavy odds. They are struggling to prevent erosion of their asset value. Of the total 5,636 CIRPs, 3,637 have been closed. Of the closed cases, 1,703 have ended in liquidation.

The recovery by financial creditors was a record low of 13.4 per cent of the admitted claims during October-December 2021. Moreover, in 363 major cases, banks took a hair-cut of 80 per cent on an average (for some such as Videocon, it was even higher at 95 per cent).

When there is so much erosion in asset value and over 50 per cent of cases ended up in liquidation, any talk of rewarding minority shareholders is meaningless.

Under directions of the Supreme Court (SC), the RBI was forced to issue a revised circular dated June 7, 2019 in supersession of its February 12, 2018 order. It gives banks 180 days to come up with RP (in addition to 30 days to enter into an inter-lender agreement or ILA). If they do not, they are required to make an additional provision of 20 per cent. If they don’t finalize the plan within 365 days, an additional 15 per cent provision has to be made.

Unlike the February 12, 2018, which mandates the bank to refer the account to NCLT at the end of 180 days, under the revised circular, there is no such compulsion on it. See it from another angle. If RP is not implemented within one year from the default date, the bank has to make provision of 50 per cent - 15 per cent normal ageing provision and 35 per cent additional (20 plus 15). At the end of 15 months, with normal ageing provision increasing to 40 per cent, the total provisioning requirement including 35 per cent additional, will be a steep 75 per cent.

Having provided for 75 per cent of loan amount in the balance sheet, where is the incentive for the bank to recover the money by initiating proceedings under the IBC?

In short, by taking away powers from the RBI and giving too much leeway to the banks under the June 7, 2019 circular, the SC intervention has rendered the IBC process dysfunctional. This apart, most of the NCLT rulings are challenged in the High Court and the SC, leading to inordinate delays in conclusion of CIRP proceedings and resultant erosion of asset value.

The soul of IBC mechanism lies in timely detection of stress in a firm and selling it as a ‘going concern’ so as to realize maximum value. Sebi’s idea of protecting minority shareholders (in fact, all other efforts of the government to protect all creditors – financial and operational – through a spate of amendments in the law) will work only when the soul is preserved.