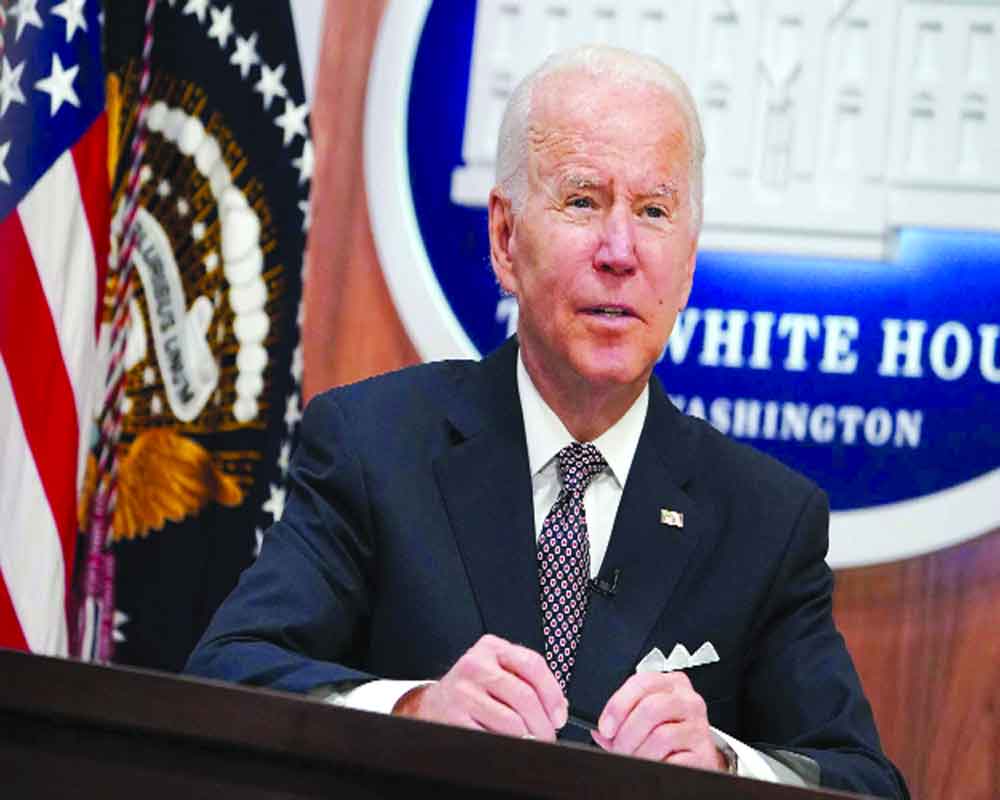 President Joe Biden’s prime duty is to keep the United States safe, not to put the Ukrainian border back where it used to be

How would we know if the United States is deliberately starving Ukraine of weapons in order to force it into a compromise peace settlement that leaves some Ukrainian territory—maybe even a lot—in Russian hands?

You can imagine the White House having such a strategy, though it would never admit it. After all, if Ukraine managed to drive the Russian army out of the whole country, Moscow might panic and escalate to nuclear weapons. President Joe Biden’s prime duty is to keep the United States safe, not to put the Ukrainian border back where it used to be.

For Ukraine, the war is literally existential. Russian leader Vladimir Putin wants not only to conquer Ukraine but to erase its very identity, so President Volodymyr Zelensky would risk anything, including nuclear war, to prevent it.

For Russia it’s not existential at all, but Putin appears to have convinced himself that it is. Maybe he’s bluffing, but would you bet the world on it?

For President Biden and the United States, however, the ONLY existential threat is nuclear war. If he didn’t at least consider how he could put the Ukrainian government on a short leash, he would be remiss in his constitutional duty.

The obvious way to limit Zelensky’s freedom of action is by controlling the scale and speed with which ‘advanced’ weapons are delivered to Ukraine. (Not VERY advanced: there’s nothing less than 15 years old.) And there are some indications that Biden is doing exactly that.

Since the Russian Army gave up trying to seize Kyiv and other northern Ukrainian cities ten weeks ago and concentrated its forces in the east (the Donbas), it has reverted to the style of warfare it does best: massive artillery bombardments followed by infantry assaults. It’s crude, bloody, and expensive, but it often works in the end.

It has become an artillery war, and although the Russians have a lot more artillery, the Ukrainians used GPS, drones, and the like to level the playing field. It started to resemble a miniature version of the First World War, with the Russian army taking big casualties for small advances—but it kept grinding inexorably forward.

Both sides were mostly using old Soviet weapons, but in a war of attrition the Russians had more of everything: soldiers, guns, shells, the lot. Ukrainian losses went up to between one and two hundred killed a day, and they began running short of both guns and shells. Their pleas for more and better weapons mounted—and they got a curious response.

The US sent just eighteen 155mm howitzers to Ukraine in April, but stripped them of the advanced computer systems that improve the weapons’ efficiency and accuracy. It then spent three weeks training crews for these guns abroad before they were deployed to the front. Only then did it send some more howitzers (also without computers). There are now 109 of those howitzers in Ukraine, but many thousands of Ukrainian soldiers have doubtless been killed or wounded in the meantime who might have been spared if the guns had arrived more promptly. It’s still far from enough—and now the same scenario is replaying with rocket artillery.

Multiple Launch Rocket Systems (MLRS) have twice the range of howitzers (80-90 km), and the Russians have been using them to pummel the Ukrainian lines mercilessly. Ukraine’s rocket launchers were old, few, and not very accurate, so for many weeks it has been begging for comparable NATO weapons. The United States has now sent Ukraine four—count them, four—HIMARS rocket launchers. It could send additional HIMARS after the three-man crews of these four launchers have finished their three weeks of training abroad and “demonstrate that they can use them effectively,” said U.S. Undersecretary of Defense for Policy Colin Kahl.

Meanwhile, Ukrainian presidential adviser Mikhaylo Podolyak says his country needs 300 MLRS launch systems and a thousand 155mm guns to achieve “heavy weapons parity.” with the Russians. We will see formations of pigs flying overhead before that happens. It’s striking that the United Kingdom announced that it is sending similar rocket launchers at the same time, but there was no nonsense about three weeks of training outside Ukraine. The Ukrainian Army has one of the best artillery schools in Europe, so the UK is just sending along instruction manuals.

There is reason to suspect, therefore, that the very slow drip-feed of American weapons to Ukraine is deliberate, and is intended to keep the Ukrainian government from winning too soon or too big. Better that both sides exhaust themselves and arrive at some sort of compromise peace deal.

Of course, the Ukrainians might actually lose as a result of this policy, in which case Biden would have to choose whether to save them by direct military intervention or not. Ladies and gentlemen, place your bets.

The author’s new book is The Shortest History of War