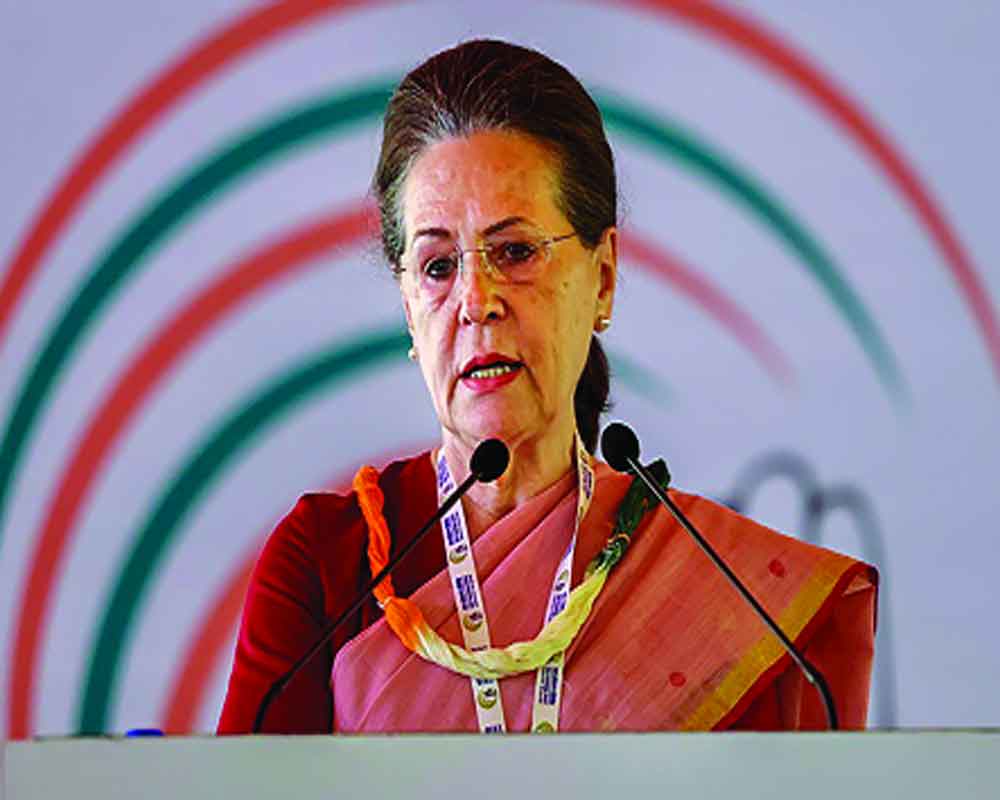 Both  Opposition and the BJP camps will keenly watch the deliberations at the three-day Congress Chintan Shivir at Udaipur where the GOP will try to find ways to stem the rot within the party and settle the leadership issue. Ironically, the grand old party which wants to lead the nation has no permanent leader itself. The continuation of Sonia Gandhi as interim president is not only a perceptional disaster but it also reflects a complete lack of professionalism in the functioning of the party and its obsession not to allow anyone outside the Gandhi family to steer its course even when 10 Janpath has failed to perform, at least electorally.  An army is as good as its general, the saying rings so true in the case of Congress. Sonia Gandhi rarely makes any public appearance, and Rahul Gandhi has yet to project himself as a leader who can keep the party together,  mend fences with old guards,  and sacrifice his foreign jaunts for the party’s sake. Somehow a perception has gained ground over the years that Rahul Gandhi lacked the killer instinct to lead the party to electoral victories. It’s one thing to address public rallies and hit out at the Modi Government, it’s another to plan and plot strategies to fight electoral battles. Take the case of Punjab and Uttarakhand, where Congress virtually gave walkovers to the BJP in the assembly polls because of the failure of the leadership to resolve the infighting even at the peak of electioneering.

Sonia Gandhi’s words in her inaugural address at the Chintan Shivir that “We need to change the way of our working”, apply as much to the party workers as to the leadership. Similarly, when Sonia urged party leaders to keep the organization above personal ambitions, saying the party has given “us a lot and it's time to pay back,” many would ask should not charity begin from home. For years the Congress leaders have been playing the same old tune. It’s time they walk the talk themselves. Sonia Gandhi may have rightly said that  the Shivir is  an occasion to discuss  the  challenges before the party  and bring organisational changes, but if Congress did not resolve the

leadership issue and showed a readiness to empower leaders from outside the Gandhi family, too, then all the talks about organizational revamp will have few takers.