We are all style, no substance!

We are all style, no substance! 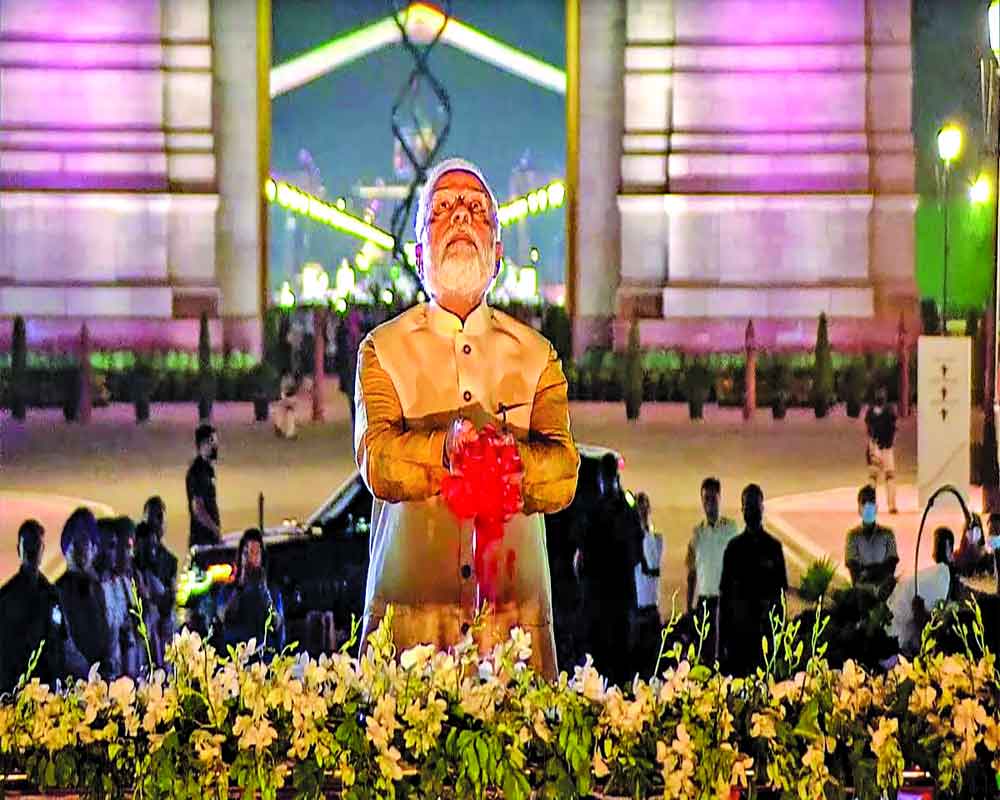 It seems that to the vast majority of us in this country, from every stratum of society, what matters most, is keeping up appearances rather than concentrating on the substantive aspect of the issue. A characteristic that we are willing to defend at any cost, in the courts, indulging in verbal jousting and even letting loose bulldozers.

Take for instance the issue of developing patriotism within our citizenry. Undoubtedly a noble endeavour, but hardly likely to be fulfilled by launching a one-week concerted drive to convince citizens to fly the national flag on their balconies or in their cars, that is if it is to be anything more than just a marketing gimmick. Yet the Central Government did just that with the "Har GhaR Tiranga" initiative, launched by the Prime Minister, just prior to our Nation's 75th Independence Day.

Leaving that aside, obviously the initiative had not been thought through and it fizzled out the day after 15th August, leaving us to view terrible optics as most flags ended up strewn on roads and in garbage dumps. Hardly a reflection of either national pride or reverence for our National Flag. Yet, if more substantive thought had been given and their disposal catered for, this rather unsavoury spectacle could have been avoided. Or, for that matter, take the recent unveiling of Netaji Subhas Chandra Bose's statue at India Gate by the Prime Minister with much fanfare. It was a much-deserved recognition of the vital contribution to our freedom struggle, not just by Netaji, but the soldiers of the Azad Hind Fauj and other liberation armies, of which we are mostly ignorant. The Italian organized and led "Battaglione Azad Hindoustan" of Centro Militare and the German-led "Legion FreiesIndien (Free Indian Legion)" which was first established by Netaji before he moved to Japan. Our history books focussed on the contribution of Mahatma Gandhi, Pandit Nehru, and the Congress, while conveniently ignoring the sacrifice of tens of thousands of men and women, despite over twenty thousand of them having been martyred.

Indeed, one must thank the Prime Minister for this long overdue gesture, but in truth, it has turned out to be just an illusion, largely bereft of any substance, by which Prime Minister Modi and the BJP clearly hope to benefit at the hustings. That would have required the government to institute measures to assist the handful of veterans of the INA and other rebel armies still alive, including those living in penury and without recognition in Myanmar, Malaysia, and Singapore. Indeed, their sacrifice was no lesser than that made by others who fought for our freedom on Indian soil. Surely, knowing Netaji's character, such a gesture would have been preferable to that of rose petals being devoutly showered on his likeness by the Prime Minister under the glare of television cameras.

But, why just stop there? This Government could, and indeed should offer to assume responsibility for further beautification and upkeep of the INA Memorial at the Esplanade in Singapore. An important historical symbol of our Independence struggle, it was re-constructed by the Singapore Government, with contributions from the local Indian community, at the site of the original monument, established to commemorate the unknown warrior of the INA. It had been desecrated and destroyed by Pandit Nehru's great friend and mentor, Mountbatten, immediately after the British reoccupied Singapore. Incidentally, its foundation stone had been laid by Netaji himself.

We are now a nation where fiction gets more traction than facts. Unvarnished truth makes us distinctly uncomfortable and less certain of ourselves. It would not be incorrect to suggest that we have made ignorance an art form, allowing public relations departments of political parties to spin facts to Gobbelsian proportions, with some more adept than others. What else can explain the utter complacency and complete absence of outrage at the manner in which Chinese land grab in Eastern Ladakh has been accepted and formalised by this government?

While Prime Minister Modi may have been visibly displeased with President Xi, because of this, at the SCO Summit in Uzbekistan, actions speak louder than words and nothing can take away from the fact that this 'nationalist' government capitulated in Ladakh. However, we can all rest assured our braves who gave their lives at Galwan have not done so in vain. This Government will certainly undertake the construction of a memorial to honour them. For obvious reasons, it will not be where they fought and died but closer home, because as Pandit Nehru once said "not even a blade of grass grows there"!

Finally, one may recall that our Russian friends, ignoring their military's ignominious collapse in Ukraine, with humongous casualties to boot, have preferred instead to deify Putin's follies by celebrating his opening of the largest Ferris wheel in Europe. Not to be outdone, we too have avoided thinking about our loss of sovereign territory by presenting our beloved Prime Minister with eight Cheetahs from Namibia, at taxpayers' cost of course, on his birthday, much in the way our royalty was treated in days gone by.