Who will replace Gen Bajwa, if at all?

Who will replace Gen Bajwa, if at all? 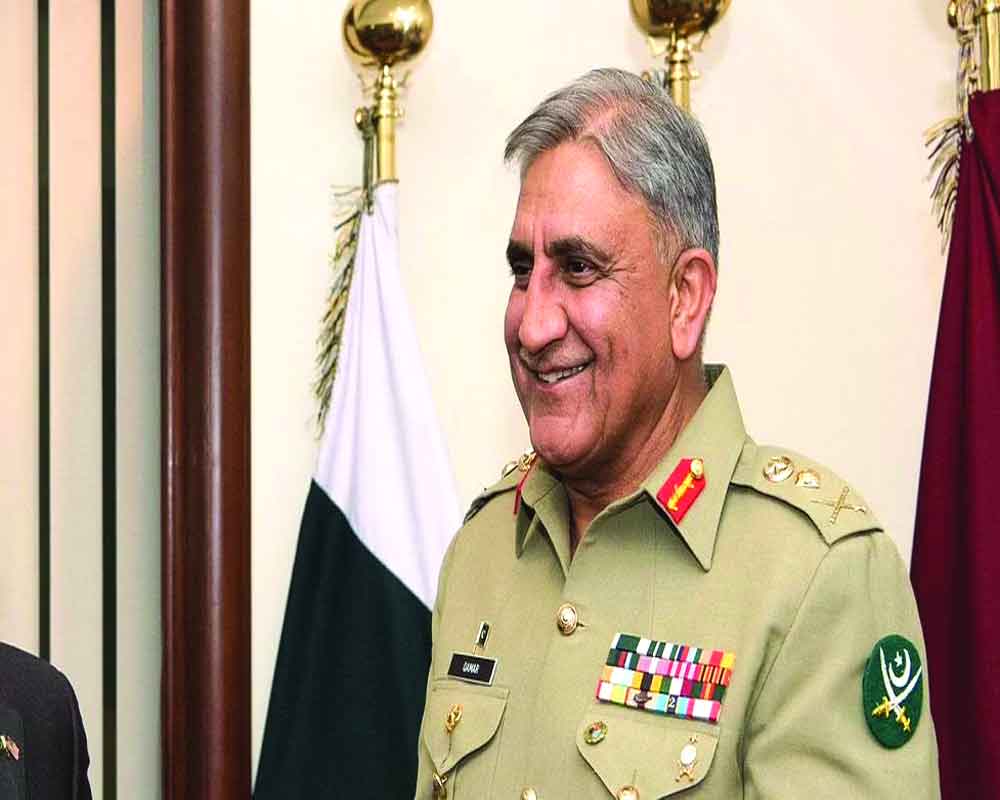 While General Bajwa has overshot his tenure as Pakistan Army Chief, he still calls the shots and plays the role of kingmaker

The track record suggests that Pakistani Army Chiefs like to overstay their tenures. For a country that got independence a day before India i.e., 14th Aug 1947, and with the same Militaristic framework as India – its current Chief, General Qamar Bajwa is only the 14th. Across the restive Line-of-Control (LOC), India has its 29th native Chief of Army Staff in place (though General KM Cariappa and General Maharaj Rajendrasinghji Jadeja bore the earlier designation of Commander-in-Chief). The Pakistani Generals would either formally take over the reins in a coup or informally pull strings from Rawalpindi General Head Quarters (GHQ). General Bajwa follows the pattern of overstaying their 3-year tenures by having ‘secured’ a 3-year extension in November 2019, which is therefore due to end in November 2022 – the question is, will he finally retire after six years, or will he ‘secure’ another extension?

There are various domestic and international factors at play, besides General Bajwa’s ambitions. Firstly, the post of the Chief of Army Staff in Pakistan is not just a functional-military post, it is effectively the be-all-end-all of governance in Pakistan (infamously known as the head of the ‘establishment’). Only in the Pakistani narrative does an Army Chief reach out to the United States to avert a default in debt payment and expedite loan disbursal from the International Monetary Fund, and reach out to UAE and Saudi Arabia for bailout packages. For a Military that has never prevailed in any war – it has always succeeded in scuttling democracy and retaining its relevance, and oddly enough, even prestige, in Pakistani imagination.

In a curious case of endless contradictions, General Bajwa is believed to have been the principal force behind ousting Nawaz Sharif’s PML-N government in 2018 and ‘selecting’ Imran Khan – only to then bump off Imran Khan when he got too big for his boots and Bajwa’s liking, by bringing back a coalition government with the same PML-N faction! Weeks before Imran Khan’s ouster, General Bajwa is believed to have unofficially met with Nawaz Sharif in London. The fact that Imran Khan had dialed up his anti-American rhetoric (conspiracy theory of ‘secret letter’), mollycoddled Putin (in Moscow, just before the Ukrainian invasion), etc., shows that Washington DC may not have been too happy with Imran Khan and would have shown acquiesce to the political leadership change in Pakistan.

Recent back-to-back ‘taking-out’ of Al Qaida leader Ayman Al Zawahiri from Kabul and that of the top-four leaders of the Tehreek-e-Taliban Pakistan (TTP) in drone attacks in Afghanistan could not be coincidental and without ‘help’ from the Pakistani Military – interestingly, a day before the US drone attack, Gen Bajwa gave a quaintly reassuring message to the Commander of the US Central Command, “Pakistan values its relations with the US and earnestly looks forward to enhancing mutually beneficial multidomain relations”. All this while, Imran Khan, had been upping the ante against the US, publicly, on the Pakistani street.

Importantly, Qamar Bajwa had also shown the door to his then-ISI head, Lt Gen Faiz Hameed, who had landed rather cavalierly in Kabul after the humiliating exit of the US troops – very recently, Gen Bajwa again re-shunted Lt Gen Faiz Hameed (seen to be close to Imran Khan) from Peshawar Corps to the Bahawalpur Corps. All these actions would please the United States, as indeed the current government, which is increasingly queasy about the political resurgence of Imran Khan. While these movements may be read as diminishing Lt Gen Faiz Hameed’s chances to succeed GeneralBajwa, the other three contenders by seniority are Lt Gen Sahir Shamshad Mirza, Azhar Abbas, and Naumaan Mahmood Raja. However, all of them remain politically untested and may not bear any baggage of burden against Imran Khan, unlike General Bajwa.

Therefore, considering the unique underlying political situation in Pakistan, both the current coalition government and the US may not be wary of giving General Bajwa another extension! However, even if Qamar Bajwa does not get an extension – he will ensure a safe retirement for himself (maybe even a post-retirement post – he was recently awarded the highest civilian award from the Government of UAE!) and an uninterrupted fate for the ‘establishment’, as he wouldn’t want any embarrassing expose to come out subsequently, given the inevitable hand of all Pakistani Generals in the cookie jar of corruption and entitlement. Qamar Bajwa joins the ranks of Pakistani Military leaders who were brought in for their ostensible apolitical anchorage – only to prove otherwise to their political benefactors, with their shadowy conduct (Nawaz Sharif did once call them Khalai Maqlook or Invisible Aliens, who pulled strings). Nawaz was right, but political expediency may warrant forgetting the same, now.