Why China kept  away from Imran

Why China kept  away from Imran 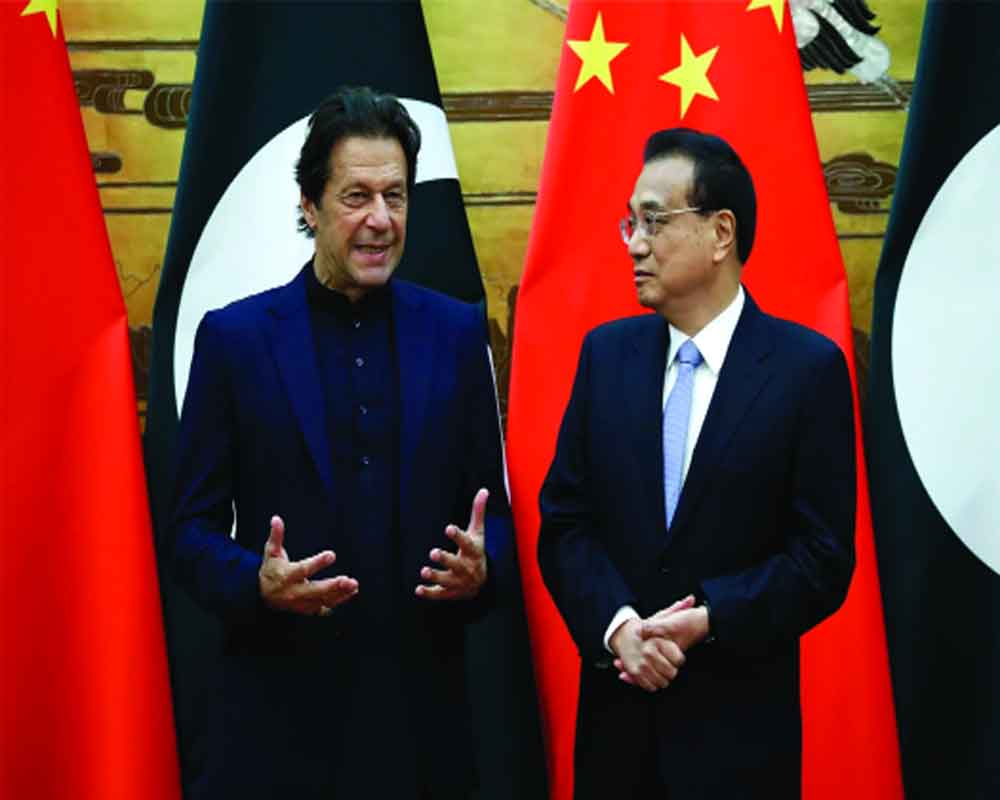 A few years ago, when the Nepal Communist Party (NCP) regime in Kathmandu was imploding with intra-party intrigues between factions of then Prime Minister, KP Sharma Oli and that of PK Dahal ‘Prachanda’, Chinese Ambassador Hou Yanqui played the ‘un-ambassadorial’ role of peacemaker to keep the Communist regime in place.

Desperation took Ambassador Hou Yanqui to even meet up with President Bidya Bhandari to avert the party split, but each side held on. Finally, the decidedly pro-China regime collapsed. Similarly in 2018, Chinese excitement with the return of Mahinda Rajapaksa as Sri Lanka’s premier Mahinda Rajapaksa as Sri Lankan Premier was linked to the Chinese ‘generosity’ in pouring investments in his port constituency of Hambantota, where additional infrastructure in the form of an airport and industrial zone were promised. The move paid off, and the Chinese Ambassador Cheng Xueyuan was among the first to meet Prime Minister Rajapaksa. An even more audacious Chinese attempt at U-turning the traditional Maldivian stand of ‘India First’ to ‘India Out’ was undertaken with strategic ‘investments’ with the then Maldivian President, Abdulla Yameen. China made strategic moves, took bold positions, and assiduously worked to get the preferred dispensations in the sub-continental capitals. But the Chinese carrot of Belt and Road Initiative (BRI) or more realistically ‘debt-traps’, undid the Chinese credibility of ‘investments’ in the Indian neighbourhood.

Ironically, China did not interfere in the case of ‘all-weather-friend’ Pakistan in its recent political saga, without a nudge in favour or against Imran Khan’s desperate attempt at survival. This is despite Imran Khan ticking all possible boxes in terms of vassalage and servitude to the Chinese. Imran had sung hosannas in favour of China in international forums, handed over the Afghan Taliban to the Chinese on a platter, remained steadfast on China Pakistan Economic Corridor (CPEC), and till the last day of Imran’s Prime Ministership excoriated Beijing’s foremost enemy i.e., the United State of America. Why then, did Beijing disown Imran Khan and openly state, ‘China is committed to non-interference policy’, when specifically asked about Pakistan?

The Pathan from Mianwali had underestimated the transactional guile of Chinese realpolitik and its elephantine institutional memory. In his run-up to his election campaign in 2018, Imran had spoken against the CPEC imperatives, and the Chinese never forget! Perhaps Imran also underestimated the bond between the Chinese and the real ‘establishment’ in Pakistan i.e., the Pakistani Military. In a telling move that was fatally ignored, the Pakistani Military Chief returning from a visit to China had clarified the Pakistani Military’s stand on CPEC by stating, ‘BRI with CPEC as its flagship is destined to succeed despite all odds and Pak Army shall ensure the security of CPEC at all costs. This early contradiction was made in 2018 (just as the Pakistani Military Chief again contradicted Imran on Russia’s aggression in Ukraine). The parallel hotline between Rawalpindi GHQ and Beijing was ignored at peril. Curiously, Imran’s final survival woes started immediately after the Chinese Foreign Minister Wang Yi visited Pakistan and travelled to Rawalpindi GHQ to have lengthy talks with the Pakistan Army Chief General Qamar Bajwa. Finally, with Imran Khan surviving by the thread for days even the Pakistani Military postured non-interference, which in the context of Pakistani narrative, is tantamount to disownment! China’s ambassador to Sri Lanka, Cheng Xueyuan, was among the first diplomats to meet Rajapaksa For the practical Chinese, the alternative of a PML-N or a PPP dispensation did not imply persona non grata emotions, considering the MOU for CPEC was first inked by PPP’s Asif Zardari in 2013, and later adopted and implemented by PML-N’s Nawaz Sharif in 2014. The Chinese Communist Party (CCP) has ‘ironclad’ ties with the Pakistani ‘establishment’, and it realises that the civilian dispensations can come and go, but the actual Chinese interests are institutionally guaranteed, only by the Pakistani Military. Importantly, the Pakistani Military does not fall into the electoral temptation of cozying up to religious extremists to secure their vote banks (they do it only for tactical cross-border terror purposes), and that is a Chinese hypersensitivity, given its tryst with religious extremism. Therefore, Imran’s utterly laughable comment in his last days, ‘China follows teachings of Prophet’, only elicited smirks.

China’s unofficial mouthpiece Global Times was quick to latch to incoming Shehbaz Sharif’s lack of elbowroom, ‘very limited space to make major changes in foreign affairs even though he wants to ease tensions with the US and India, and the conflicts between Pakistan and India are structural, so it would be difficult for him to make significant policy adjustments in diplomacy after taking office.’ The Chinese know it too well, that irrespective of the dispensation in power, Beijing holds all the major levers for Pakistan’s socio-economic survival with its routine dole, investments like CPEC, and above all, the side-relations with the all-important, Pakistani Military. New Prime Minister Shehbaz Sharif is robotically making all the right noises about China, as he too perhaps knows that only with the covert support of the Pakistani military and the Chinese (as also the United States of America, given Imran’s rants), the current Government maybe able to survive Imran’s undeniable popularity, in the forthcoming elections.