Why not have a ministry of Religious affairs?

Why not have a ministry of Religious affairs? 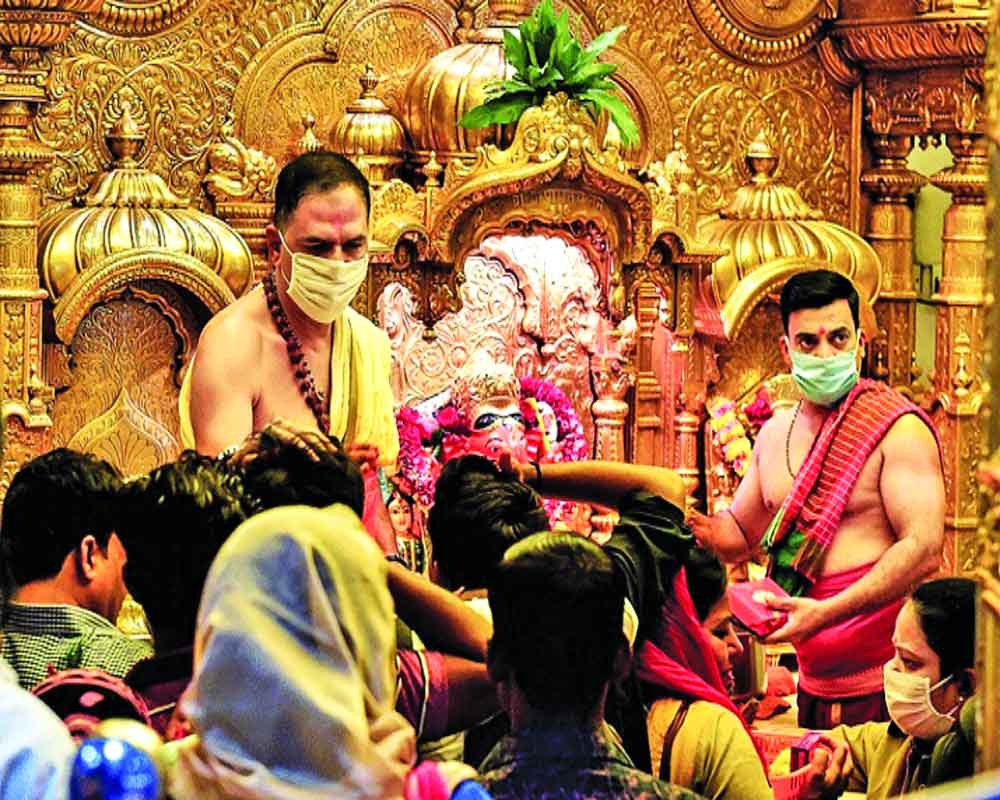 For quite some time, opinion makers from different quarters have been asking the Narendra Modi government to scrap the Ministry of Minority Affairs and replace it with a new Ministry of Religious affairs. There is a great deal of justification for such a demand. India is a growing international power, and the identity of India can be secured globally by presenting its culture and religion from a global perspective. The proposed Ministry of Religious affairs could be headed by a practicing spiritual leader to propagate the face of India's spiritual strength.

India has all along respected all religions, but major religious groups see little in common with Hinduism and want to live separately. A learned spiritual leader at the head of the proposed ministry could bridge this gap and integrate the communities together.

In the West, some people could argue that Hinduism is an old-styled religion with a huge baggage to reconcile with the contemporary world. Modernity, which emphasises the relegation of religion firmly to an individual's private life, is a challenging idea for any culture. In India, it faces a particularly unusual problem: the persistence of numerous traditional and religious practices means that religion and modernity have to cohabit here in a complex, plural, transient, and historically evolving relationship.

The Vishwa Hindu Parishad (VHP) has already  passed a resolution seeking an "immediate scrapping of both the Minority Commission and the Minority Affairs Ministry" as the “very idea” of these institutions "gives credence to a separatist mindset."

The resolution noted that “the Jehadis and Missionaries are not the persecuted but the persecutors,” and “with the help of the Minority Commission, separate Ministry, they gather sympathy and carry out their anti-Hindu and anti-national activities." It said that the National Human Rights Commission is "more than enough to take care of the rights of all citizens of the country.”

It contended that “the Minority Commission creates a false feeling that the Muslim and Christian communities are being persecuted,” whereas “the reality is that it is they who are responsible for the persecution of not only Hindus but on other minority communities like the Sikhs and the Buddhists.”

The main functions of the Ministry of Religious Affairs should be:

b) Assisting research and publications in the field of religion, and providing cooperation in the management of charitable institutions;

c) Arranging and participating in international conferences, seminars and dialogues on matters relating to religions and religious affairs and establishing connections and improving relations, and signing contracts, agreements, conventions with different countries and international organizations/ institutions;

d) Providing grants-in-aid including reforms of different religious organisations and institutions, matters relating to moon sightings and celebration of important religious festivals; and supporting the destitute people for their rehabilitation with financial assistance.

More than 70 years after India became free from colonial rule, Indians generally feel their country has lived up to one of its post-Independence ideals: a society where followers of many religions can live and practice freely. India's massive population is diverse as well as devout. Not only do most of the world's Hindus, Jains and Sikhs live in India, but it also is home to one of the world's largest Muslim populations and to millions of Christians and Buddhists.

Indians see religious tolerance as a central part of who they are as a nation. Across the major religious groups, most people say it is very important to respect all religions to be “truly Indian.” And tolerance is a religious as well as a civic value: Indians are united in the view that respecting other religions is a very important part of what it means to be a member of their own religious community.

These shared values are accompanied by a number of beliefs that cross religious lines. Not only do a majority of Hindus in India (77%) believe in karma, but an identical percentage of Muslims do, too. A third of Christians in India (32%) - together with 81% of Hindus - say they believe in the purifying power of the Ganges River, a central belief in Hinduism. In Northern India, 12% of Hindus and 10% of Sikhs, along with 37% of Muslims, identify with Sufism, a mystical tradition most closely associated with Islam. And the vast majority of Indians of all major religious backgrounds say that respecting elders is very important to their faith.

Yet, despite sharing certain values and religious beliefs - as well as living in the same country, under the same constitution - members of India's major religious communities often don't feel they have much in common with one another. The majority of Hindus see themselves as very different from Muslims (66%), and most Muslims return the sentiment, saying they are very different from Hindus (64%). There are a few exceptions: Two-thirds of Jains and about half of Sikhs say they have a lot in common with Hindus. But generally people in major religious communities see themselves as different from others.

Moreover, Indians generally stick to their own religious group when it comes to their friends. Hindus overwhelmingly say that most or all of their close friends are also Hindu. Of course, Hindus make up the majority of the population, and as a result of sheer numbers, may be more likely to interact with fellow Hindus than with people of other religions. But even among Sikhs and Jains, who each form a sliver of the national population, a large majority say their friends come mainly or entirely from their small religious community.

Indians, then, simultaneously express enthusiasm for religious tolerance and a consistent preference for keeping their religious communities in segregated spheres - they live together separately. These two sentiments may seem paradoxical, but for many Indians, they are not. Indeed, many take both positions, saying it is important to be tolerant of others and expressing a desire to limit personal connections across religious lines. Indians who favor a religiously segregated society also overwhelmingly emphasize religious tolerance as a core value.

In other words, Indians’ concept of religious tolerance does not necessarily involve the mixing of religious communities. While people in some countries may aspire to create a “melting pot” of different religious identities, many Indians seem to prefer a country more like a patchwork fabric, with clear lines between groups. Most Hindus in India say being Hindu, and being able to speak Hindi are very important to be ‘truly’ Indian.

Against this backdrop, the time has come to scrap the Ministry of Minority of Affairs without any further delay and create a unifying Ministry of Religious affairs.

(The writer is a regular columnist of The Pioneer)