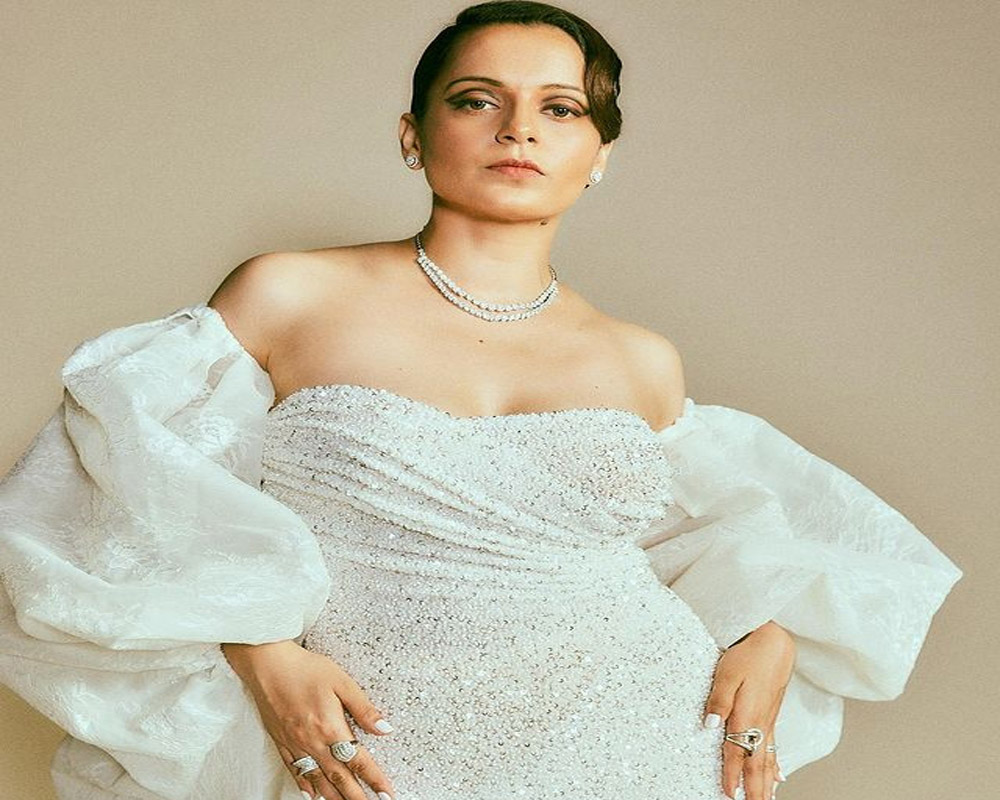 After 'Thalaivii', actress Kangana Ranaut will be seen in another Tamil movie. This time, the actress will be essaying the titular role of Chandramukhi in 'Chandramukhi 2', directed by P. Vasu. The film's prequel, which released in 2005, starred superstar Rajanikanth and Jyothika Saravanan.

'Chandramukhi' was a remake of the Malayalam film 'Manichitrathazhu' and was adapted in Hindi as the Akshay Kumar-starrer 'Bhool Bhulaiyaa'.

In 'Chandramukhi 2', Kangana will be seen playing the role of a renowned dancer in the king's court who's known for her dancing skills and breathtaking beauty. Renowned Tamil Actor Raghava Lawrence will be seen opposite Kangana Ranaut. National award winning costume designer Neeta Lulla will be working on the film, she has amped up the curiosity for the film with a sketch of the character.

When contacted Neeta Lulla mentioned: "To create a character who is the epitome of grace in every adaa, her looks, her hair, her stance and walk exude and portray the spirit of dance. To me, that is Chandramukhi. The film is going to be a beautiful yet challenging experience. I'm very excited to be working again with Kangana in this project, her sheer strength as an actor lies in the ability to lose herself to the character she is playing. Can't wait to see what amalgamates in 'Chandramukhi 2'".

As per source, Kangana will start shooting the first schedule of the film in the first week of December. The actress will be taking a small break from her second directorial 'Emergency' and the second schedule of 'Chandramukhi 2' will commence in January after 'Emergency' wraps up.

If sources are to be believed Chandramukhi 2 is produced by one of the biggest production house Lyca films who's recent release was PS 1.

Meanwhile, Kangana also has 'Tejas' in which she essays the role of an Indian Air Force pilot, and 'Noti Binodini' in the pipeline.